VIENNA (Reuters) – U.N. nuclear watchdog chief Yukiya Amano plans to step down early, in March of next year, because of an unspecified illness that has visibly weakened him over the past year, diplomats who follow his agency’s work said on Wednesday. 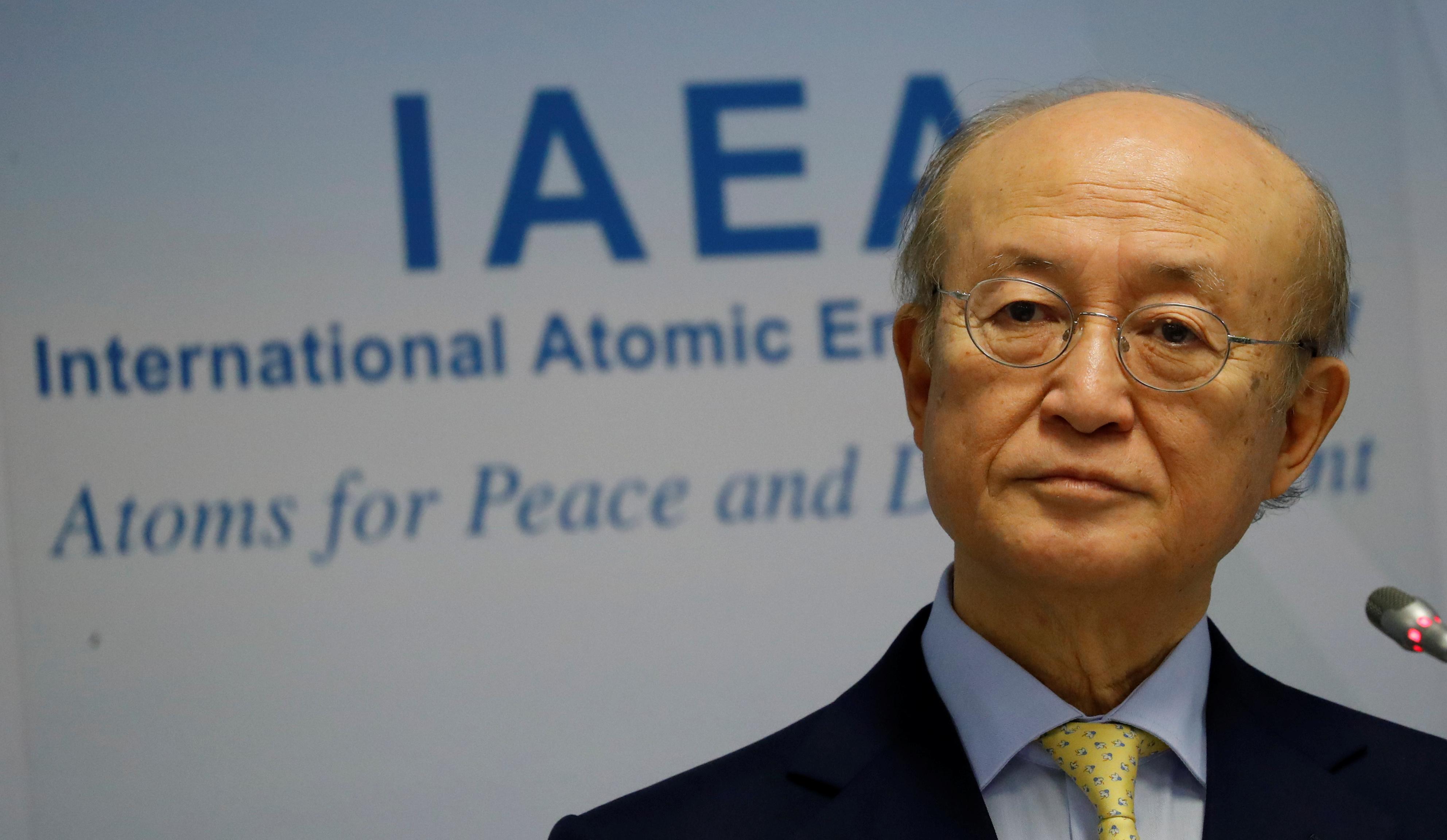 Amano, a 72-year-old Japanese diplomat, was reappointed in 2017 to a third four-year term in charge of the International Atomic Energy Agency, until Nov. 30, 2021.

The IAEA’s responsibilities include policing the restrictions on Iran’s nuclear activities under Tehran’s 2015 deal with world powers, which the United States quit last year.

His departure raises the question of what future course the agency will take, though few expect its handling of Iran and other sensitive issues to change significantly.

Amano has frequently emphasised that his agency’s work is technical rather than political, a reaction to the tenure of his predecessor Mohamed ElBaradei, who together with the IAEA was awarded the 2005 Nobel Peace Prize and clashed with U.S. officials over Iran.

Amano’s plan to leave in March leaves the IAEA’s 35-nation Board of Governors time to pick a successor, who must also be approved by the agency’s General Conference, a meeting of all its member states. A regular annual meeting of the General Conference is due to be held in September.

Two likely candidates to succeed Amano are Argentina’s ambassador to the IAEA Rafael Grossi, who had been expected to run against Amano before but chose not to, and Romania’s Cornel Feruta, the IAEA’s chief coordinator and effectively Amano’s chief of staff.

Amano’s health has visibly declined since the IAEA announced last September that he had undergone an unspecified medical procedure outside Austria, where his agency is based. He has, however, remained in charge of IAEA operations and continued to run the agency, officials familiar with the agency say.

Asked for comment, the IAEA said on Wednesday: “The Director General is in contact with Members of the Board of Governors regarding his future plans. He will make a formal communication to the Board at an appropriate time.”

(this story has been refiled to amend language on Grossi to make clear he did not formally run against Amano, paragraph 7)