KABUL/PESHAWAR, Pakistan (Reuters) – U.S. and Taliban officials have discussed proposals for a six-month ceasefire in Afghanistan and a future withdrawal of foreign troops as talks aimed at setting up peace negotiations went into a second day, Taliban sources said. 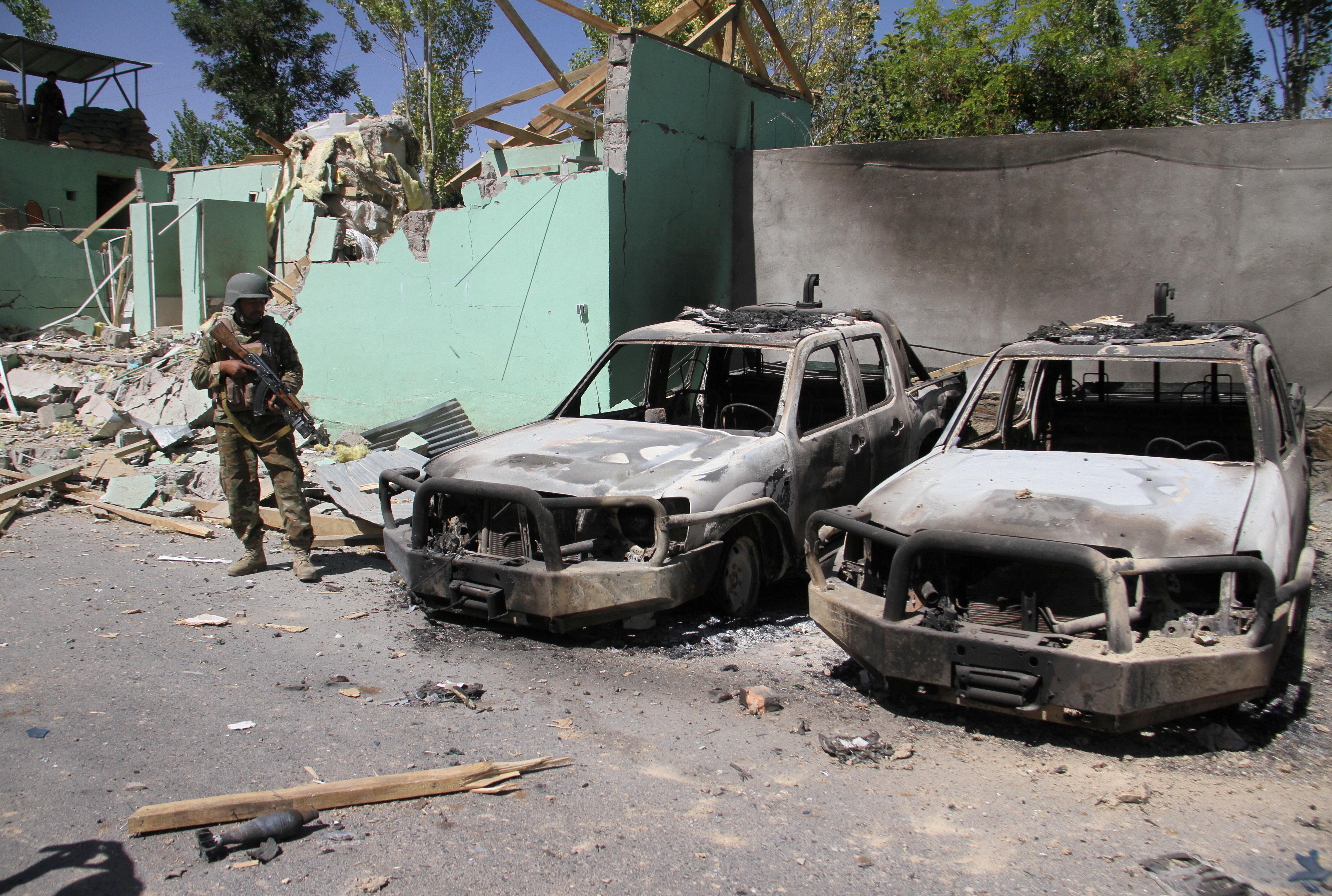 The meeting in Abu Dhabi is at least the third time that U.S. special peace envoy Zalmay Khalilzad has met Taliban representatives as diplomatic efforts to end the 17-year war have intensified this year.

Taliban officials, speaking on condition of anonymity, said the U.S. delegation was pressing for a six-month truce as well as an agreement to name Taliban representatives to a future caretaker government.

However the Taliban negotiators were resisting the ceasefire proposal as they felt it would damage their cause and help U.S. and Afghan forces.

There was no comment from the U.S. Embassy in Kabul.

In a statement issued late on Tuesday, the Taliban said the talks had mainly concentrated on the “U.S. occupation”, adding: “Nothing about interim government, ceasefire, election or other internal issues has been discussed”.

“Talks revolved around withdrawal of occupation forces from Afghanistan, ending the oppression being carried out by the United States and her allies,” the movement’s main spokesman Zabihullah Mujahid said in a separate statement.

An Afghan government delegation traveled to the city and met Khalilzad as well as officials from Saudi Arabia, the United Arab Emirates and Pakistan.

However, despite U.S. insistence that any peace settlement must be agreed between Afghans, the Taliban have refused to talk directly with officials from the Kabul government, which they consider an illegitimate, foreign-appointed regime.

The Taliban, seeking to reimpose strict Islamic law after their 2001 overthrow, say the presence of international forces in Afghanistan is the main obstacle to peace. Even as the peace process gathers momentum, fighting has continued with heavy casualties on both sides.

The latest round of diplomacy comes about a year after the United States sent thousands of extra troops to Afghanistan and stepped up air strikes to record levels, with the aim of pushing the Taliban into accepting negotiations.

The Taliban delegation was led by Sher Mohammad Abbas Stanikzai, head of the movement’s political office in Qatar, and included members of the leadership group based in Quetta, Pakistan and the chief of staff of Taliban leader Mullah Haibatullah Akhundzada.

The presence in the delegation of senior officials close to the Taliban leader underscored the importance of the talks, which are shaping up as the most serious attempt to open negotiations since at least 2015.

“It’s a well coordinated meeting where members from the political commissions and Quetta shura are both participating for the first time,” said one peace activist in close contact with the Taliban side at the meeting.

An Afghan government team traveled to Abu Dhabi “to begin proximity dialogue with the Taliban delegation and to prepare for a face-to-face meeting between the two sides”, government spokesman Haroon Chakansuri said in a statement.

But there was no sign from the Taliban they were ready to accept talks with the government, and the Kabul delegation were based in an Abu Dhabi hotel away from the location of the talks.

The United States says the aim of the talks is to facilitate an Afghan-led process and the inclusion of Saudi Arabia, the UAE and Pakistan in the talks reflects a U.S. desire to bring in countries with an interest in Afghanistan.

Previous meetings were held in Qatar, where the Taliban maintains a political office, but a push to include Saudi Arabia, which is hostile to the gas-rich Gulf state, prompted a change of venue to Abu Dhabi.