TEGUCIGALPA (Reuters) – The United States said on Wednesday it had reached an agreement with three Central American countries to carry out joint police operations in the region, as the Trump administration seeks to stem the flow of migrants across its southern border. 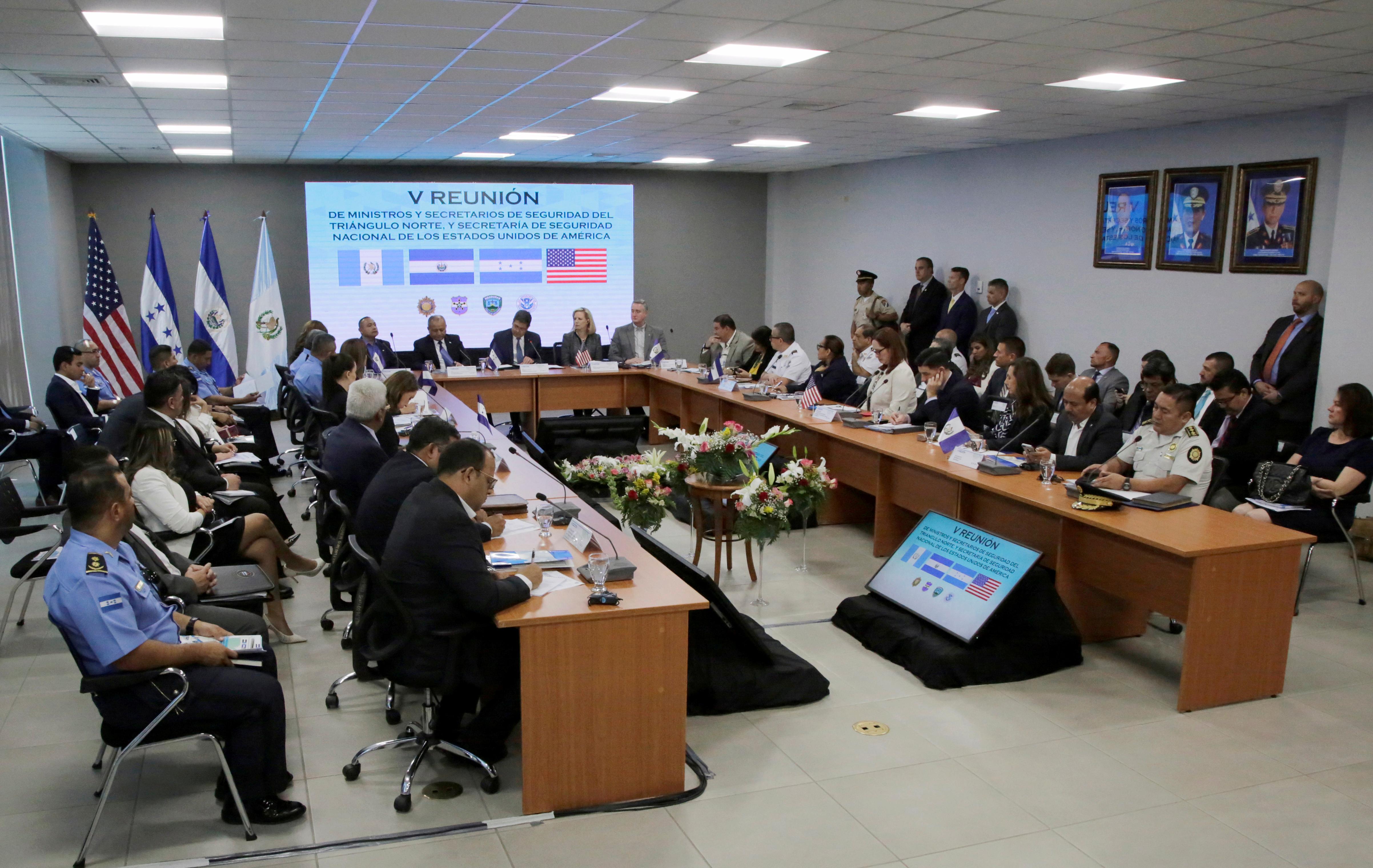 The governments of Guatemala, Honduras, El Salvador and the United States said in a statement they had agreed to a series of measures, including joint police work, improved border security, and efforts to deter international crime and curb “irregular migration.”

A series of migrant caravans from the region have traveled to the United States’ southern frontier over the past year to seek asylum, drawing the ire of U.S. President Donald Trump, who has made border security a top priority.

Nielsen described the agreement as the first of its kind and said in a speech during the meeting the countries would reinforce security by air, land and sea to restrict the movement of criminals, according to a transcript of her remarks.

“I’m pleased to announce the U.S. & our Northern Triangle allies have reached a HISTORIC agreement to confront the root causes of the crisis on our border,” Nielsen said on Twitter.

The bulk of migrants caught trying to enter the United States illegally are from Guatemala, Honduras and El Salvador. The three Central American countries, among the poorest and most violent in the Americas, have given rise to large migrant communities in the United States.

The statement did not detail how the countries would collaborate on police matters. However, a Honduran official, speaking on condition of anonymity, confirmed the operations would include the United States.

Multiple U.S. agencies, including the State Department, U.S. Agency for International Development, and the Department of Defense, have helped train or assist police and security forces in Central America. The assistance is meant to help forces overcome corruption and fight organized crime.

In a report last September, the U.S. Government Accountability Office looked at 22 U.S. police assistance projects in the northern triangle between 2014 and 2017.

Representatives from the Central American countries and the United States will meet again in Guatemala in late May.