COVID cases have surged for the second day in a row as infections hit the highest they've been in two months. 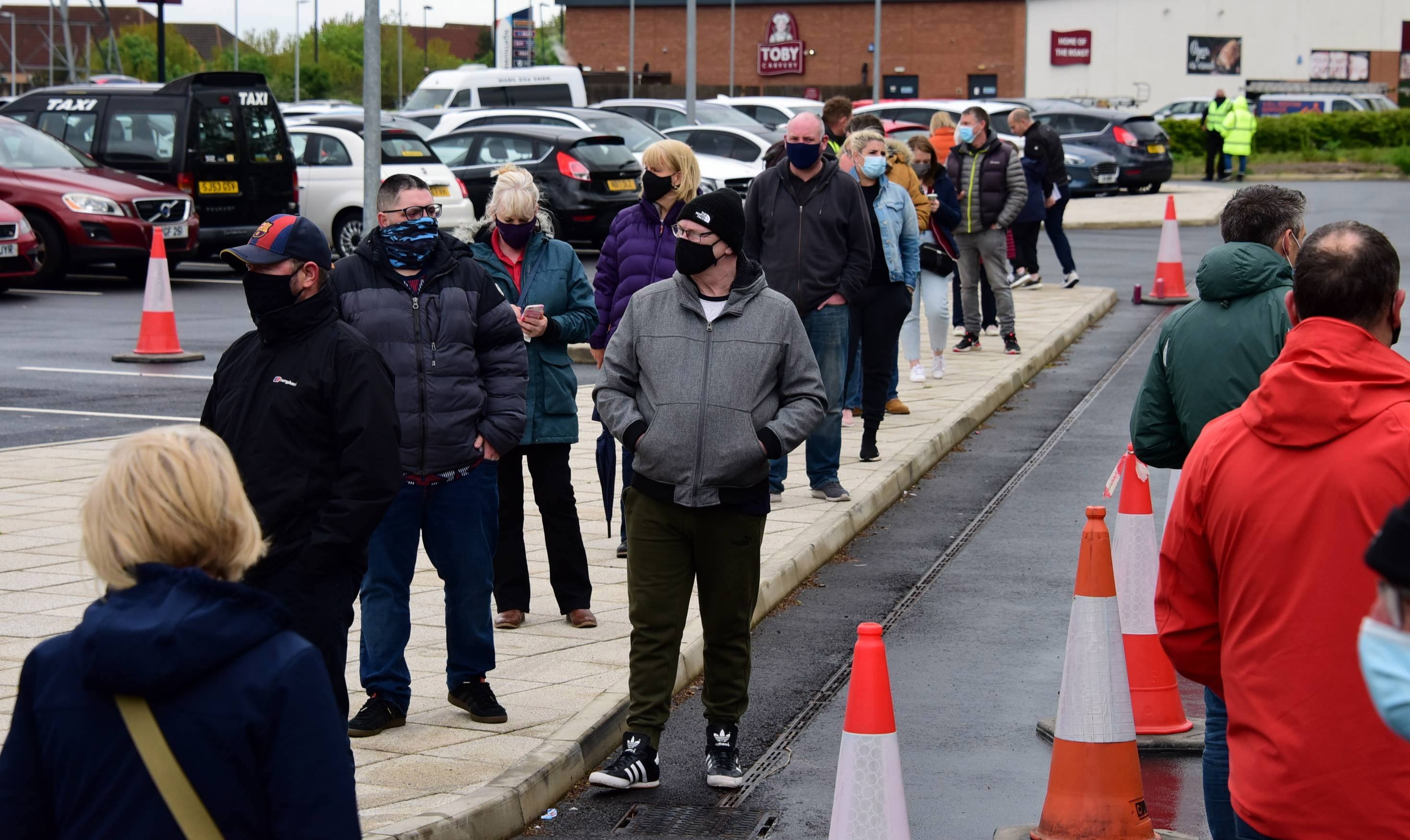 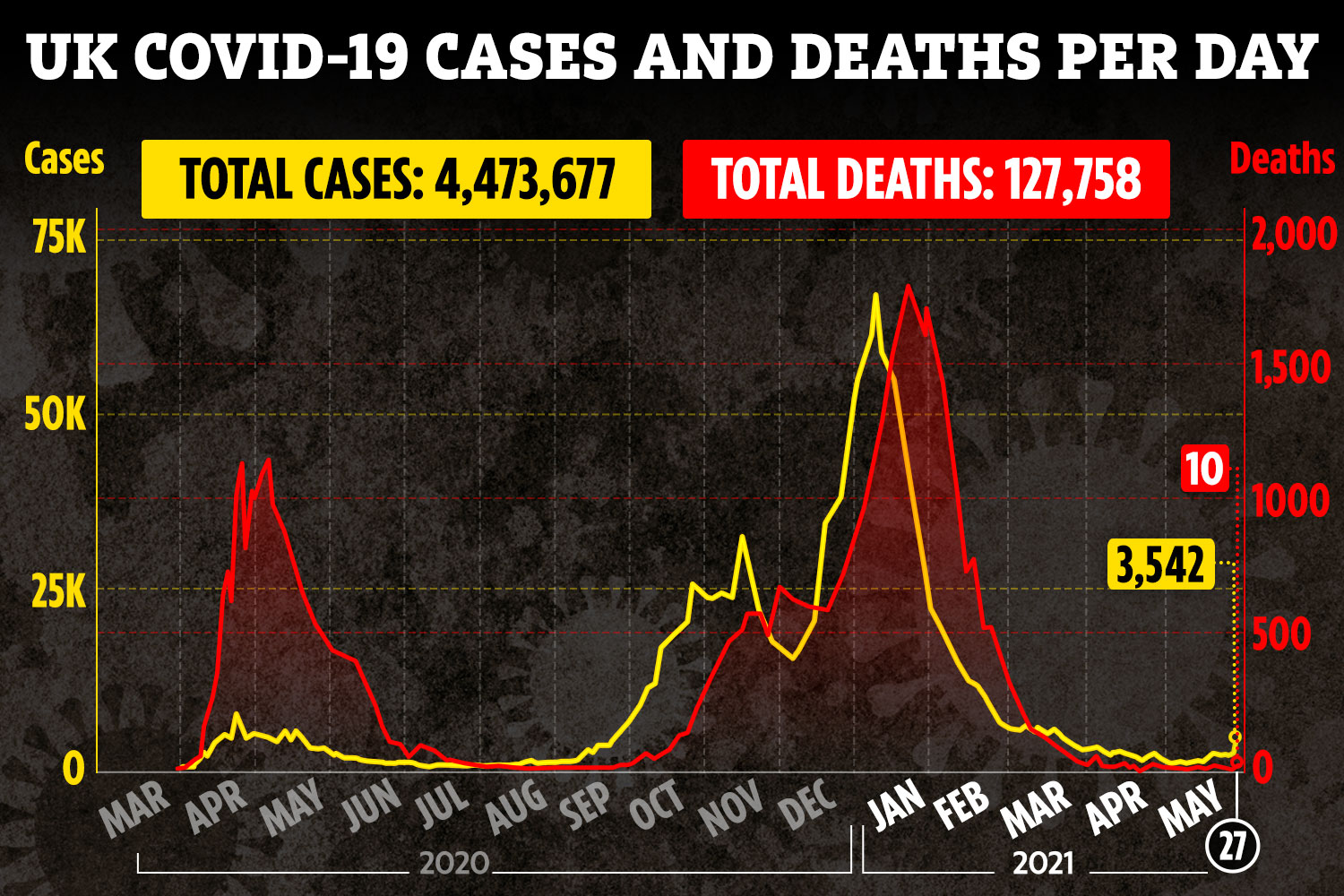 The last time daily coronavirus cases surpassed 3,500 was on March 30 when 3,594 new infections were recorded.

The number of people testing positive each day continues to rise, up from yesterday's 3,180.

And it is also significantly higher than this time last month, when 2,060 new cases were recorded.

A further 10 deaths were reported in the latest 24-hour period, meaning the UK's Covid death toll now stands at 127,758.

The latest government data also shows a whopping 62,658,639 vaccinations have been administered in the UK.

Despite a stonking vaccination programme, Boris Johnson today poured fresh doubt on June 21's 'freedom day' as Matt Hancock said it was too early to tell if the full unlocking can go ahead.

The PM said as far as he can see there's nothing in the data to suggest a delay but that "we might have to wait" to make final decisions in the next week or two.

A "formal assessment" of data will take place next week – as medics grow increasingly gloomy about the new surge.

Under the roadmap, June 21 was set to be the day life finally returned to normal.

The PM had considered ending social distancing and wearing masks altogether after the jabs rollout and winter lockdown forced both cases and deaths downwards.

But the spread of the Indian variant now looks set to delay the day millions of Brits have been awaiting for more than a year. 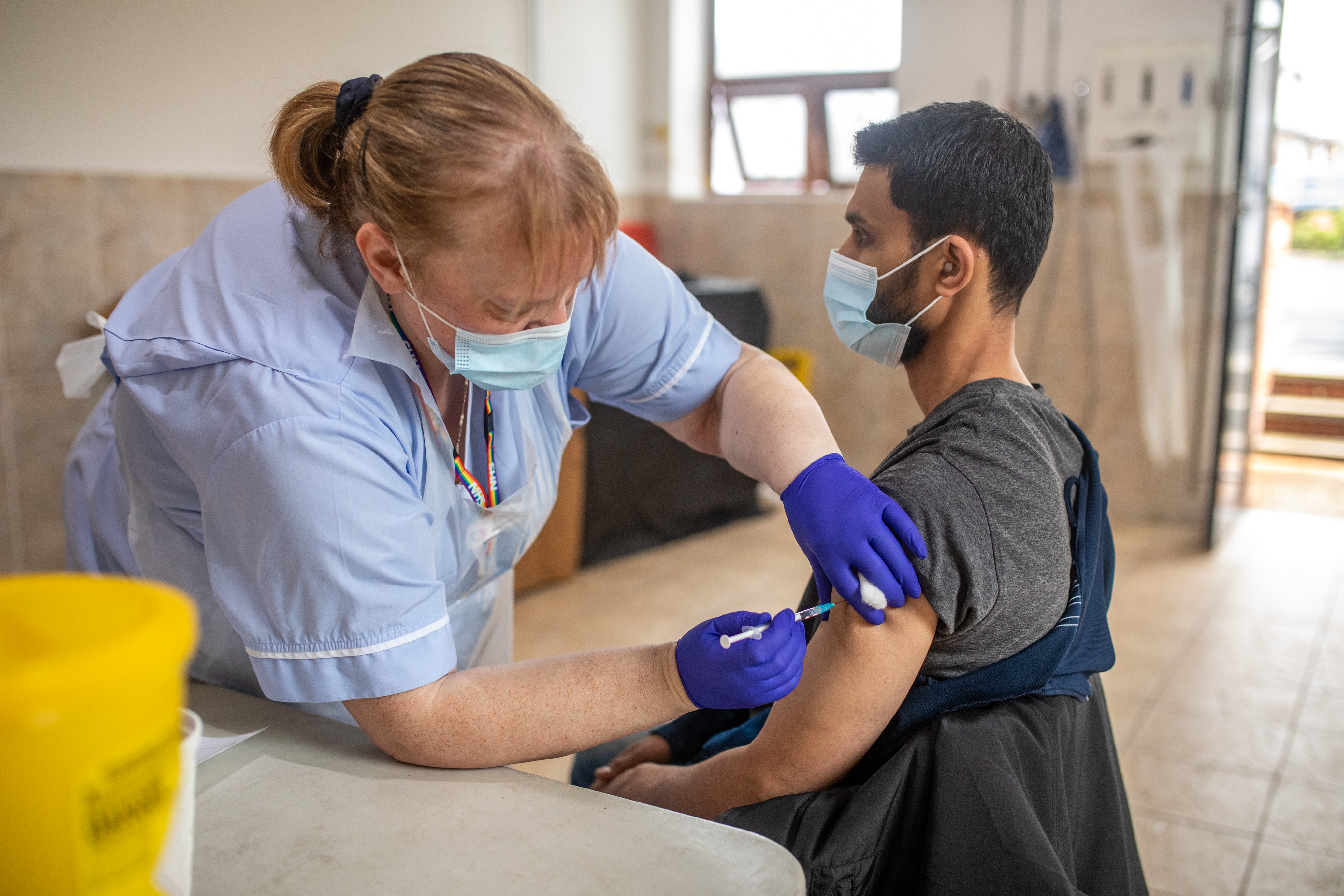 While there's hope a double dose of the jab can guard against severe illness from the variant, 10 per cent of those hospitalised with it are already fully vaccinated.

It's a sign that, while the jab works well, the mutation can still get around inoculation in some cases.

The bad news comes as one expert said people under the age of 21 may be more vulnerable to the worrying mutation.

Prof Neil Ferguson, whose models on UK Covid deaths led to the first national lockdown, revealed there is a “signal” in the data that it’s spreading more quickly in the young.

He said the Indian variant was now "the dominant strain" in the UK and the full reopening of society next month "hangs in the balance".

And Prof Ravi Gupta, a microbiologist at Cambridge University, has warned Brits must brace for more "weird things" from Covid – including "super mutant viruses" – and said: "This is just the beginning."