Document still needs to be agreed by leaders at summit this weekend, after agreement reached at negotiator level. 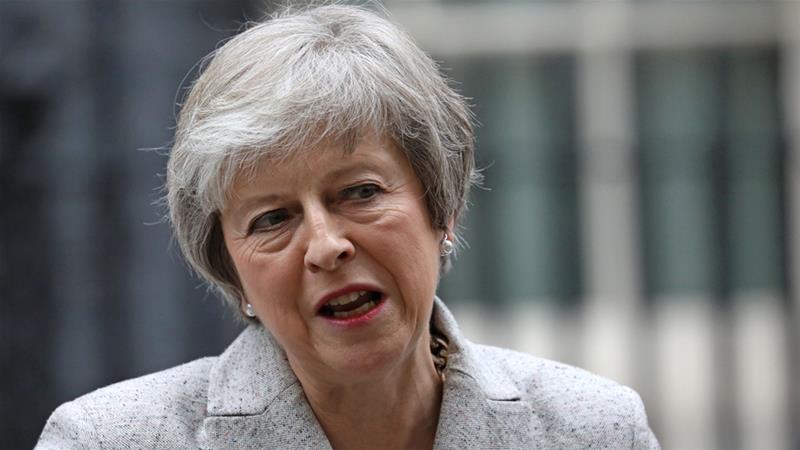 The United Kingdom and the European Union have agreed on a draft political declaration that sets out the terms of the post-Brexit relationship between London and Brussels.

Speaking outside Number 10 Downing Street on Thursday, May said that the Brexit deal “is the right deal for the UK.”

“The British people want this to be settled, they want a good deal that sets us on course for a brighter future,” May said. “That deal is within our grasp and I am determined to deliver it.”

The UK and EU agreed the terms for the draft divorce deal last week. That agreement is legally binding and covers the terms of Britain’s withdrawal from the EU.

It addresses the UK’s so-called “divorce bill” and outlines the “backstop” agreement, that will ensure no return to a hard border between Ireland and Northern Ireland, in the event that the UK and EU fail to reach a future trade agreement.

The draft political declaration is aspirational and not legally binding, but it sets out the future framework for EU-UK relations after Brexit, paving the way for an EU summit this weekend to rubber-stamp the agreements.

Tusk said on Thursday that the EU executive informed him it has agreed on the text in principle and that the leaders of the 27 remaining EU states would screen the text on Thursday at a Brussels meeting.

“The Commission president has informed me that it has been agreed at negotiators’ level and agreed in principle at political level, subject to the endorsement of the leaders,” Tusk said.

He said that the British prime minister and the European Commission President, Jean-Claude Juncker, had discussed the text on Wednesday.

“The declaration established the parameters of an ambitious, broad, deep and flexible partnership across trade and economic cooperation” and other areas, according to a copy of the document seen by the AFP.

Representatives from all 28 EU countries are set to meet on Friday to prepare for the weekend summit.

Some EU member states have raised objections to the divorce deal that was agreed at the UK-EU level and work is still ongoing among those states, European Commission spokesperson Margaritis Schinas said Thursday.

Spain wants stronger language underlining its role in any decisions on Gibraltar, a British territory on the tip of the Iberian peninsula. Meanwhile, several member states are concerned about the impact of Brexit on fishing rights in the waters around Britain.

“I can confirm that the issue of Gibraltar, like the issue of fishing, are questions that still need to be tackled, resolved,” he said. “There are ideas, contacts are ongoing,” he added, in relation to Gibraltar.

May addressed the issue on Thursday and said she thought a deal could be done.

May said she had spoken to Spanish Prime Minister Pedro Sanchez and added: “I am confident that on Sunday we’ll be able to agree a deal that delivers for the whole UK family, including Gibraltar.”