BIRMINGHAM, England/LONDON (Reuters) – British Prime Minister Boris Johnson tried to fire up supporters with a Brexit rallying cry on Wednesday after the first day of his election campaign was marred by a ministerial resignation, a gaffe about a deadly tower blaze and a doctored video advert.

Johnson called a snap Dec. 12 election in a bid to break the Brexit deadlock that he says has paralyzed Britain for more than three years and had started to undermine confidence in the world’s fifth largest economy.

But just an hour after meeting Queen Elizabeth to formally begin the campaign, Johnson’s minister for Wales, Alun Cairns, resigned after being accused of lying about his knowledge about an aide who allegedly sabotaged a rape trial..

At the start of the campaign, Johnson’s Conservatives enjoy a lead over the opposition Labor Party of between 7 and 17 percentage points, though pollsters warn that their models are wilting beside the Brexit furnace.

Johnson held a rally in Birmingham, casting the election as the most important in a generation and setting out the campaign message he will take across the country.

“Let’s get Brexit done, my friends, and get on with our project of sensible, moderate, but tax-cutting one-nation Conservatism,” he said to loud cheers from party supporters waving banners promoting health, education and policing reforms.

Johnson said Labour Party leader Jeremy Corbyn hated wealth and was thus like Soviet leader Josef Stalin – who sent millions to their deaths in labor camps. Corbyn said such remarks were “nonsense” that the super-rich came up with to avoid paying more tax.

Another prominent Conservative, Jacob Rees-Mogg, apologized on Tuesday after he suggested that victims of the 2017 blaze at London’s Grenfell Tower should have used common sense to ignore firefighters’ instructions to stay in the burning building. 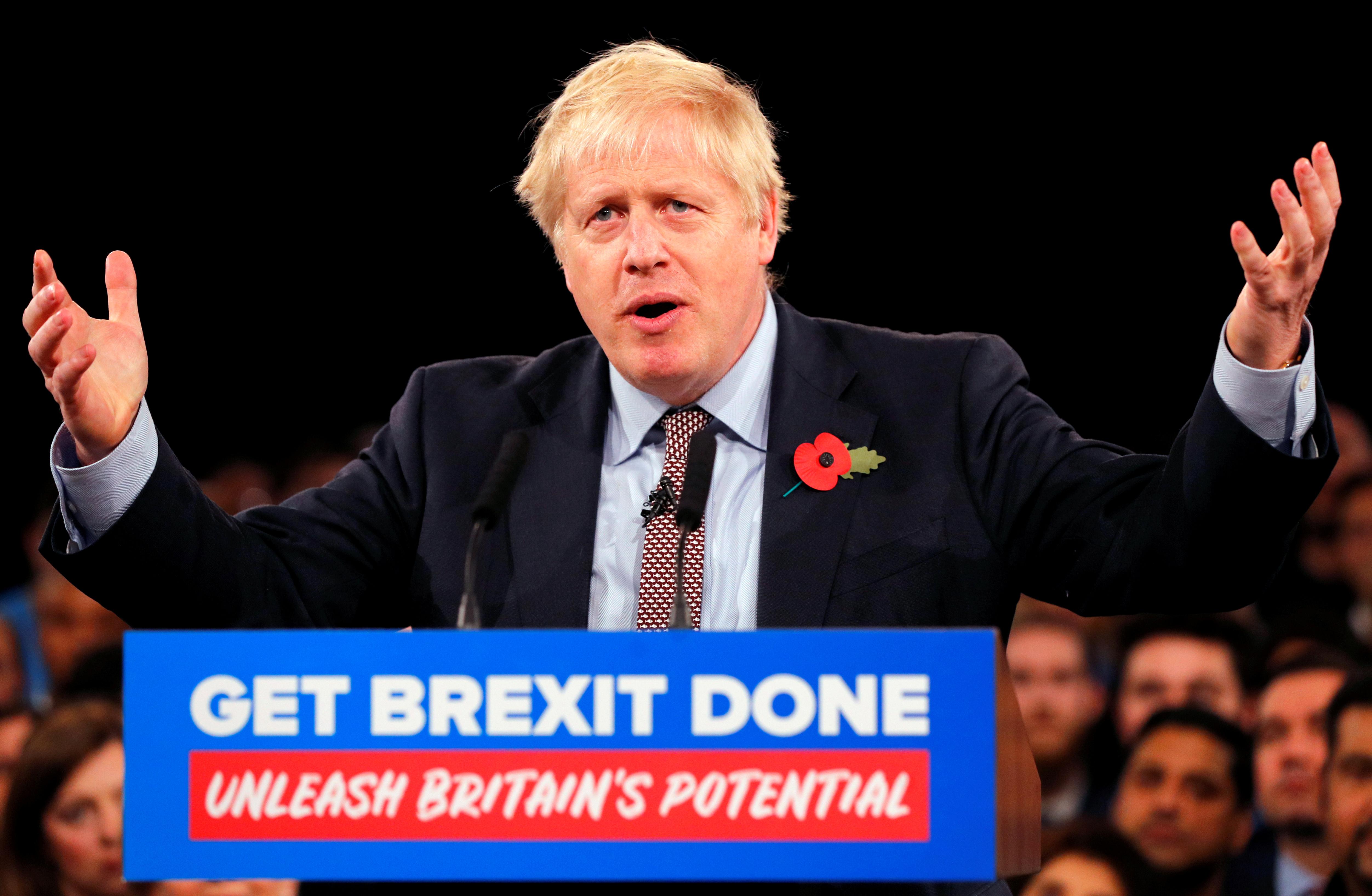 Johnson, 55, hopes he will win a big enough majority in parliament to get the Brexit deal he agreed with Brussels last month ratified and lead Britain out of the European Union in January.

He said the alternative was an unstable coalition led by Corbyn that would bring a “horror show” year in 2020 of fresh referendums on EU membership and Scottish independence.

Johnson painted Labour’s Corbyn as a socialist wrecker determined to usher in yet more political crisis.

“They pretend that their hatred is directed only at certain billionaires – and they point their fingers at individuals with a relish and a vindictiveness not seen since Stalin persecuted the kulaks,” Johnson wrote in an article for the Daily Telegraph newspaper. “They would destroy the very basis of this country’s prosperity.”

Millions of people were executed under Stalin and many more perished from abuse and disease in a vast network of prison camps, known as the Gulags. Relatively affluent farmers, known as kulaks, were among the groups targeted.

Corbyn, speaking at a campaign event in the English town of Telford, said Labor would deliver real change and share power and wealth with people who “don’t have friends in high places”. 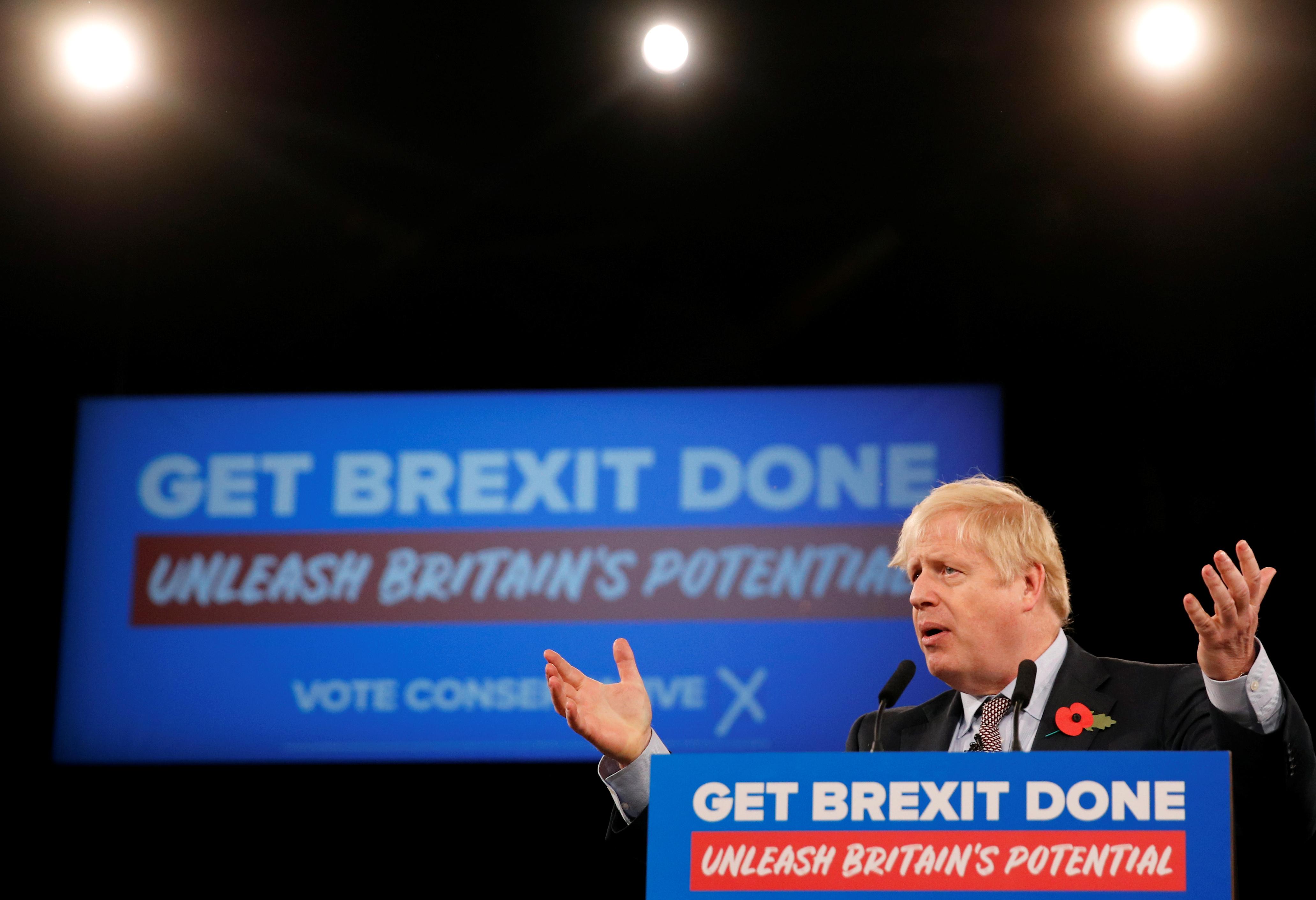 He also cautioned against believing the consensus view that Johnson was assured victory, citing the 2017 election when Johnson’s predecessor, Theresa May, bet on calling a snap election when also far ahead in the polls but lost her majority.

“In the 2017 election, there were queues of experts … lining up at the beginning of the campaign to write off the Labor Party, and what happened then?” Corbyn said.