Maps from interactive weather forecasting service Windy has revealed a huge weather system heading towards the British Isles. The Atlantic cyclone could be named the sixth storm of the year and if the Met Office deems the system powerful enough, it could become Storm Francis.

The criteria used by the Met Office for naming storms is based on the National Severe Weather Warnings service.

This is based on a combination of both the impact the weather may have, and the likelihood of those impacts occurring.

A storm will officially be named when it has the potential to cause an amber or red warning.

The weather maps from Windy shows the potential storm will smash into Britain on Tuesday, August 25. 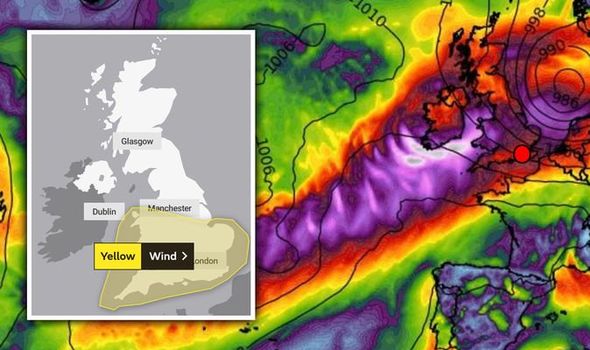 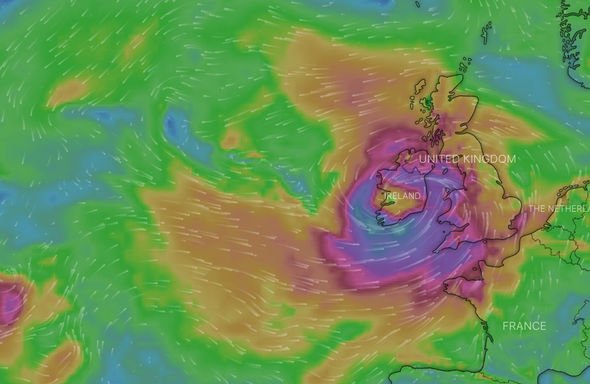 According to the maps, winds could reach unto 70mph in southern parts of England as well as Ireland.

The weather system will not linger over the UK for long, and move offshore, heading towards the Netherlands, on Wednesday, August 26.

The system has also been identified by the Met Office, which has issued weather warnings for Tuesday and Wednesday across Wales and southern parts of England. 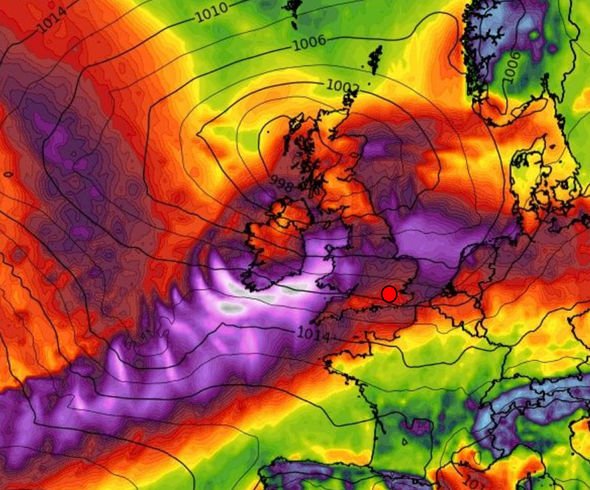 “Gusts of wind are likely to exceed 50mph for quite a few places, with exposed coasts and hills seeing gusts in excess of 60 mph.

“Whilst not exceptional, winds this strong are unusual for August, with possible transport disruption and impacts on outdoor activities.”

The Met Office notes short team loss of power and other service is possible.

It’s also likely “some coastal routes, sea fronts and coastal communities” will be affected by spray and large waves.

Storm Ellen, which was named last week by the Irish Met Office, Met Eireann, formed due to an “unseasonably deep Atlantic low-pressure system”.

The powerful storm brought hurricane-force-winds and a gust of 79mph was recorded at Capel Curig in north Wales.

Ahead of the next windy system, however, comes a couple of calmer days.

On Sunday, showers will affect some areas, but the weather will be much less windy.

The Met Office writes of Sunday’s weather: “Most parts should see at least some sunshine, while some places stay dry, especially in parts of Scotland. 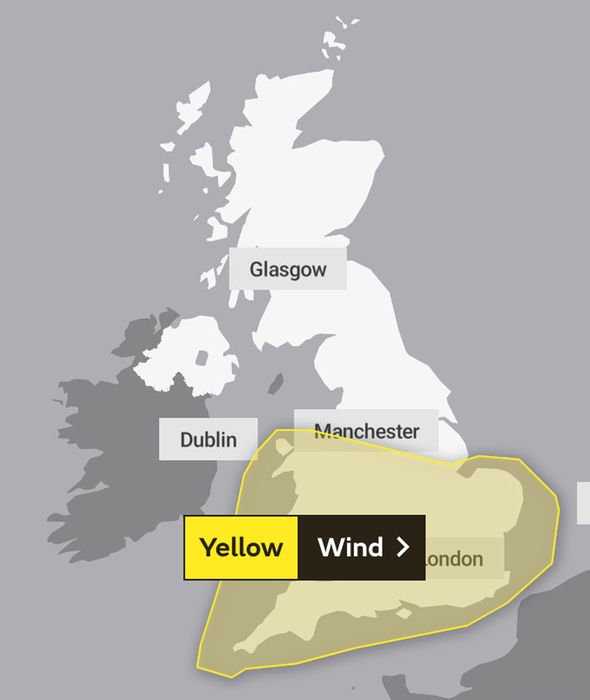 “However showers scattered around, more frequent and heavier through parts of Northern Ireland, Wales and northern and central England. Lighter winds generally.”

On Sunday evening, showers will face across some northern and eastern parts.

However, heavy rain could reach south Wales and southwest England.

Temperatures are also expected to drop in the coming days.