A "500-mile Beast from the West" is bringing a "snow bomb" to batter Britain with 30cms of snow, 70mph gales and floods this weekend.

It comes as the Met Office issues snow, wind and rain weather warnings, just days after Storm Gareth swept through the UK. 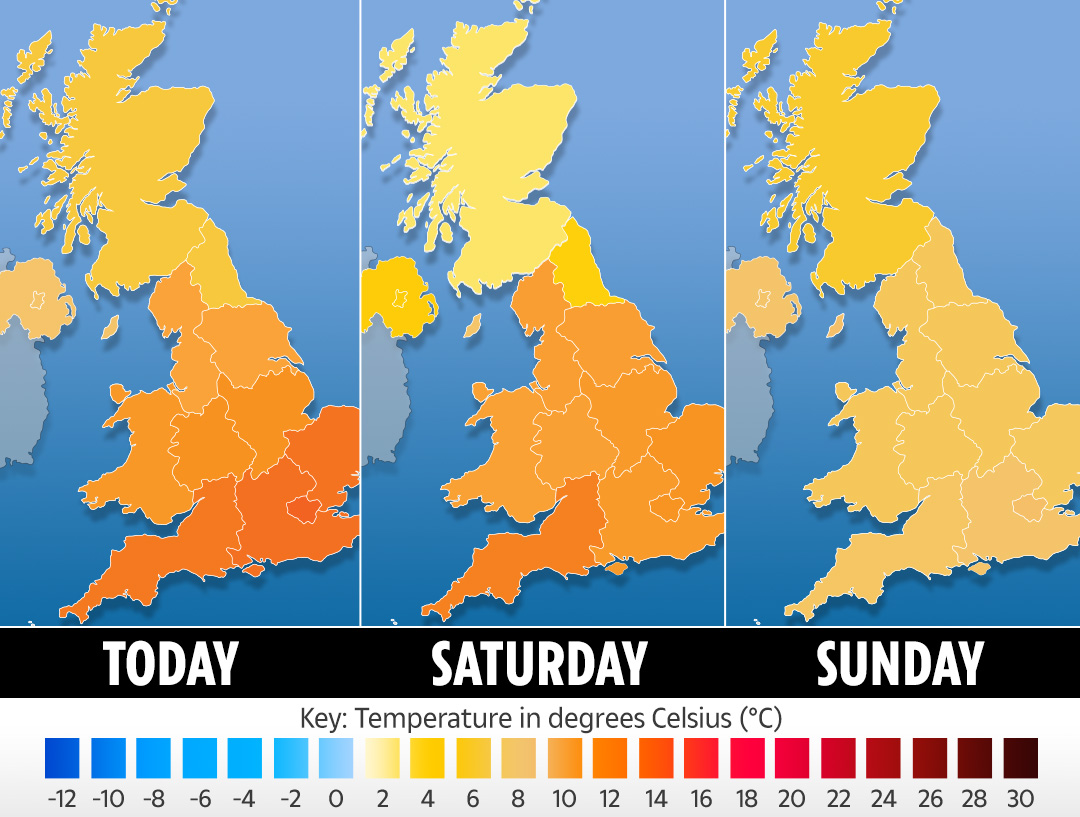 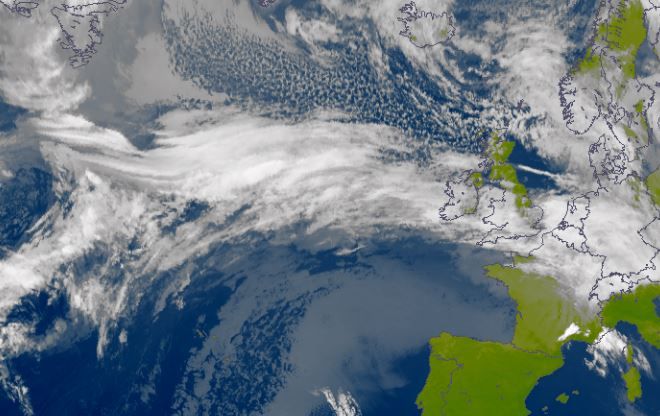 The huge weather system – shown blowing to Britain on a satellite image – has been dubbed the "Beast from the West" by The Weather Outlook.

100 snowploughs and 1,000 gritters – 500 in northern England and 500 in Scotland – are on standby as the wintry weather builds off the coast of Ireland.

Forecaster Brian Gaze said: We're more used to the Beast from the East – but this is a 'Beast from the West' as St Patrick's weekend sees whiteouts and washouts.

“A heavy fall of snow in a few hours is sometimes referred to as a snow bomb, because the rapid accumulation of snow always causes immediate travel problems.

“Large accumulations are possible in parts of the North. Sunday's showers could fall as snow over higher ground further south.”

Eight inches of snow is likely on high ground, with four inches possible on low hills in the North on Saturday the Met Office said.

But Mr Gaze predicted up to a foot of snowfall over the Cairngorms in Scotland, with

The Met Office has not yet named the building weather system – but if it is judged disruptive enough it will be called Hannah. Yellow warnings for snow, rain and wind have been issued – with the warning for a blanket of snow in place from 4am to 9pm on Saturday.

Heavy rain is expected from Manchester to Newcastle and over Snowdonia from midnight to midnight tomorrow.

Days after Storm Gareth wreaked havoc across the country with 99mph winds, forecasters have predicted a heavy dumping of snow stretching over the whole of Northern Ireland, Manchester and the north of England and southern Scotland.

The BBC warned the low pressure system, bursting with moisture and buffeted by cold air from Iceland, could be named before the weekend and the Met Office did not rule it out.

A Met Office spokeswoman told The Sun Online: "Saturday will be wet and windy with snow in some parts of the country, and Sunday will be brighter with showers across the country.

"There is a developing area of low pressure that is going to push northwards through the UK through Saturday.

"It will be quite wet with rain across the country.

"As the band of rain pushes north across the country, it's going to turn to snow.

"At the moment it could be a named weather system, it's not out of the question."

Today forecasters predict outbreaks of rain across central areas will clear from all but parts of the south and southwest.

Heavy and thundery showers in the north could bring some hill snow, with strong winds.

Tomorrow should see plenty of wind with rain spreading across the east, with snow arriving over northern Ireland and Scotland.

Sunday will see some sunny spells but also a mix of blustery showers with hill snow further south.

Forecasters urged Brits to keep an eye on the warnings, suggesting a weekend storm could be named if a warning is scaled up to amber.

Eleanor Bell, meteorologist with The Weather Company, told The Sun Online: "It'll be very unsettled through the week and into the weekend, with deep or active areas of low pressure bringing repeated wet and windy conditions.

"Repeated persistent and often heavy rain will bring a threat of flooding, particularly to the West, and snow for the Scottish Highlands."

Gareth was the largest named storm to affect Britain since Storm Doris on February 23, 2017, Met Office maps of past short storms showed.

Gareth underwent "explosive cyclogenesis" – becoming what is known as a weather bomb – as its air pressure plunged by over 24 milibars in 24 hours. 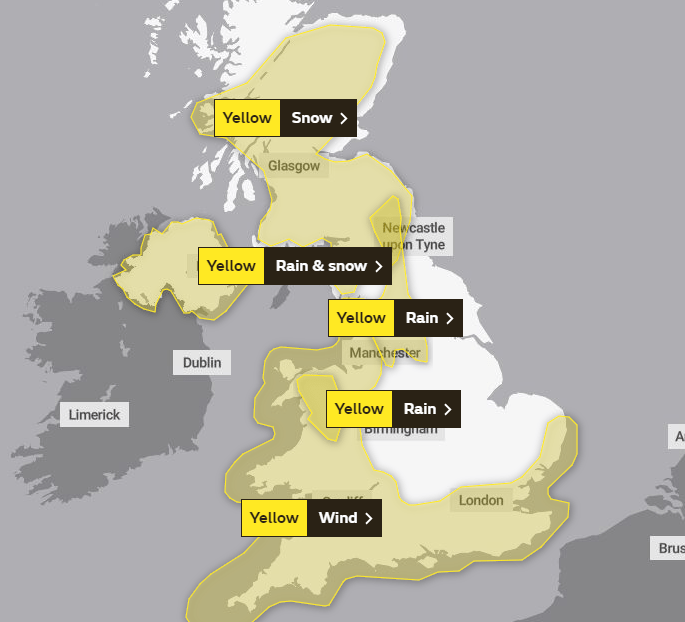 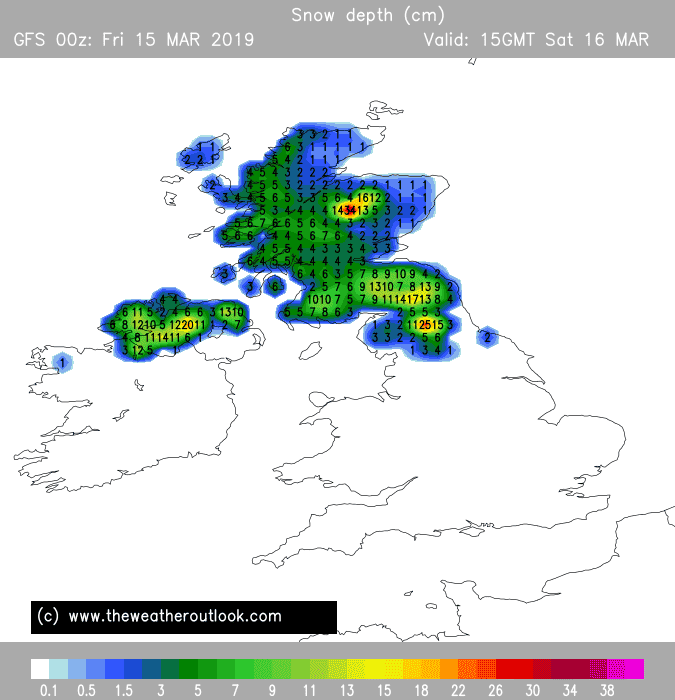 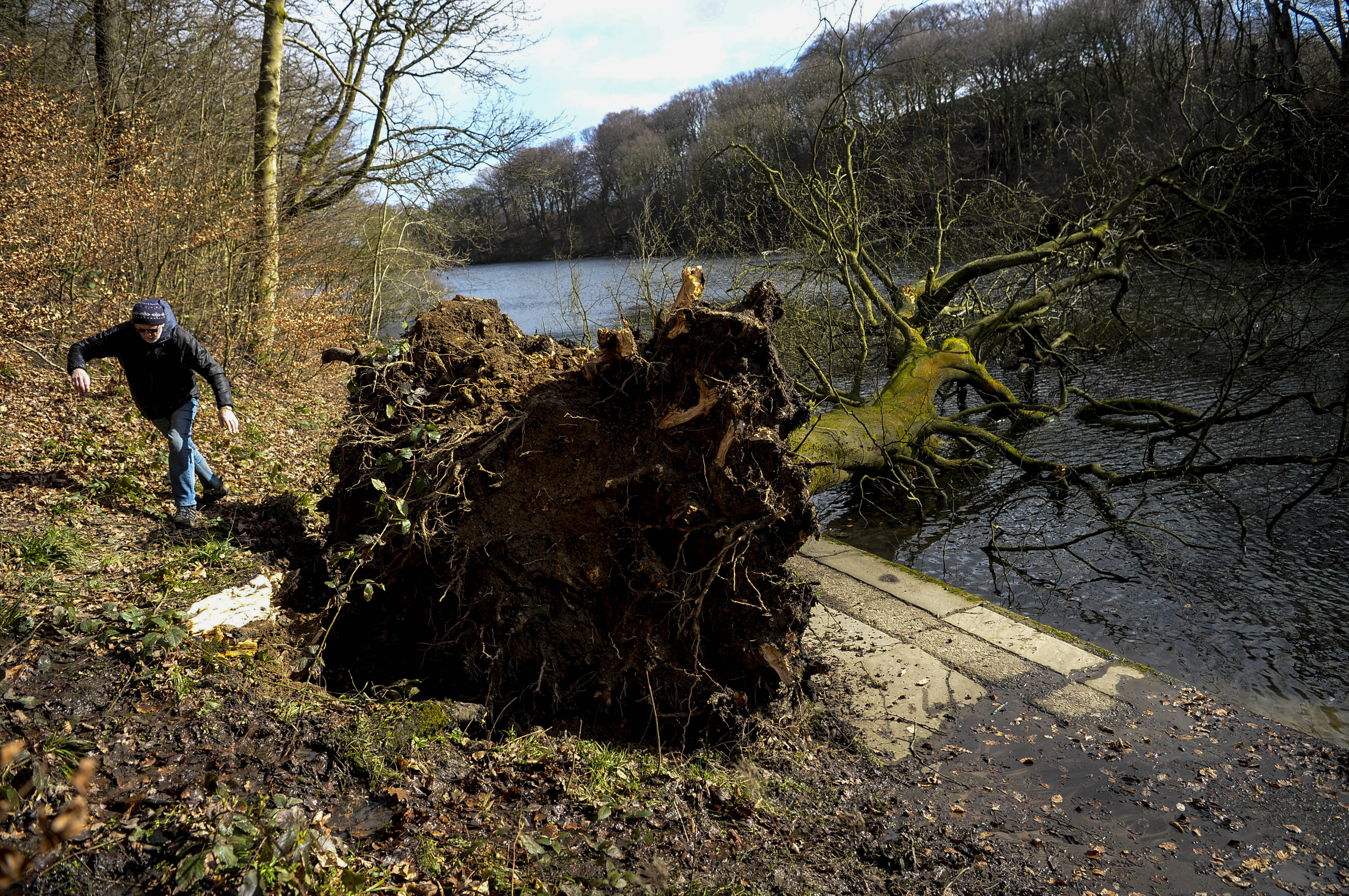 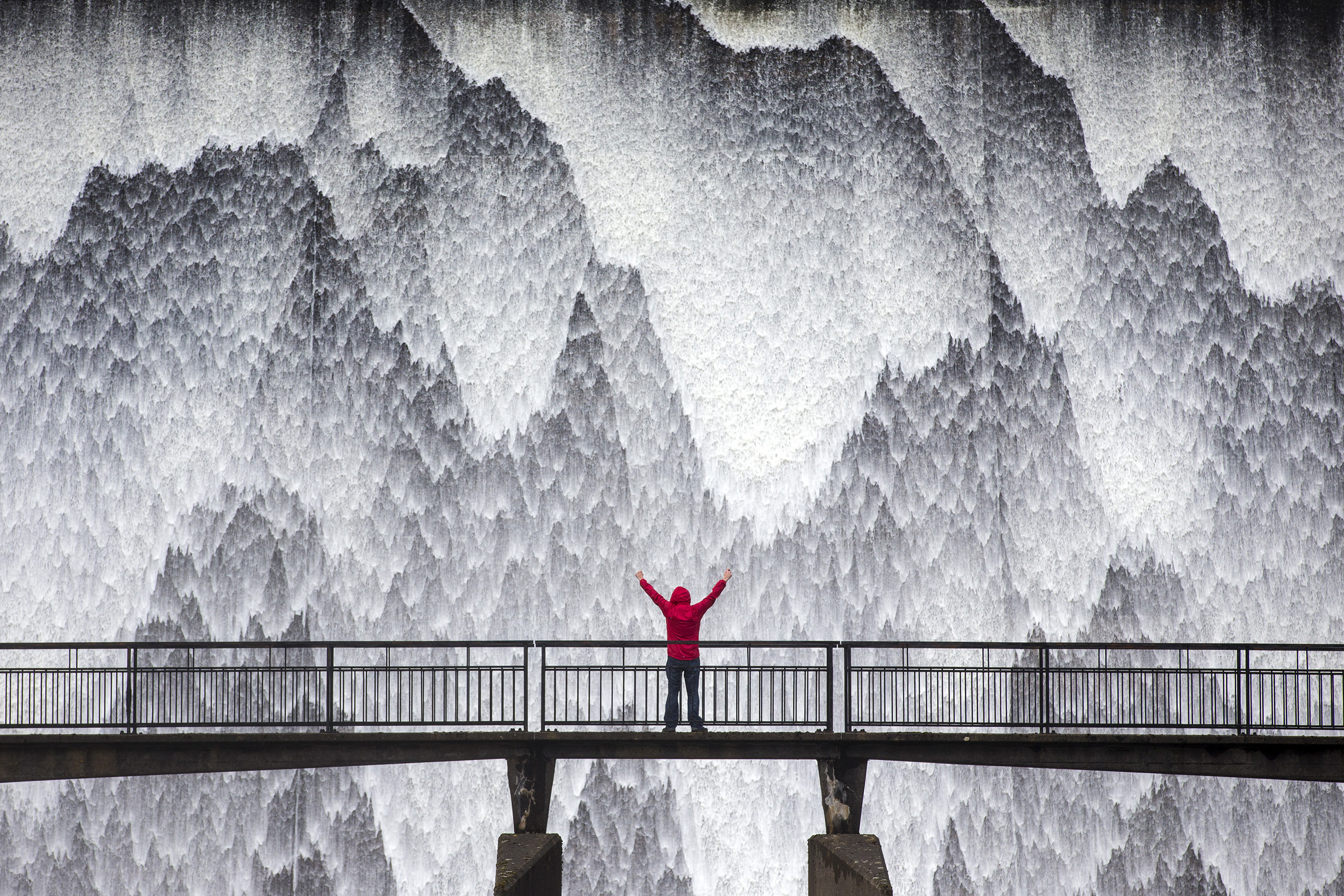 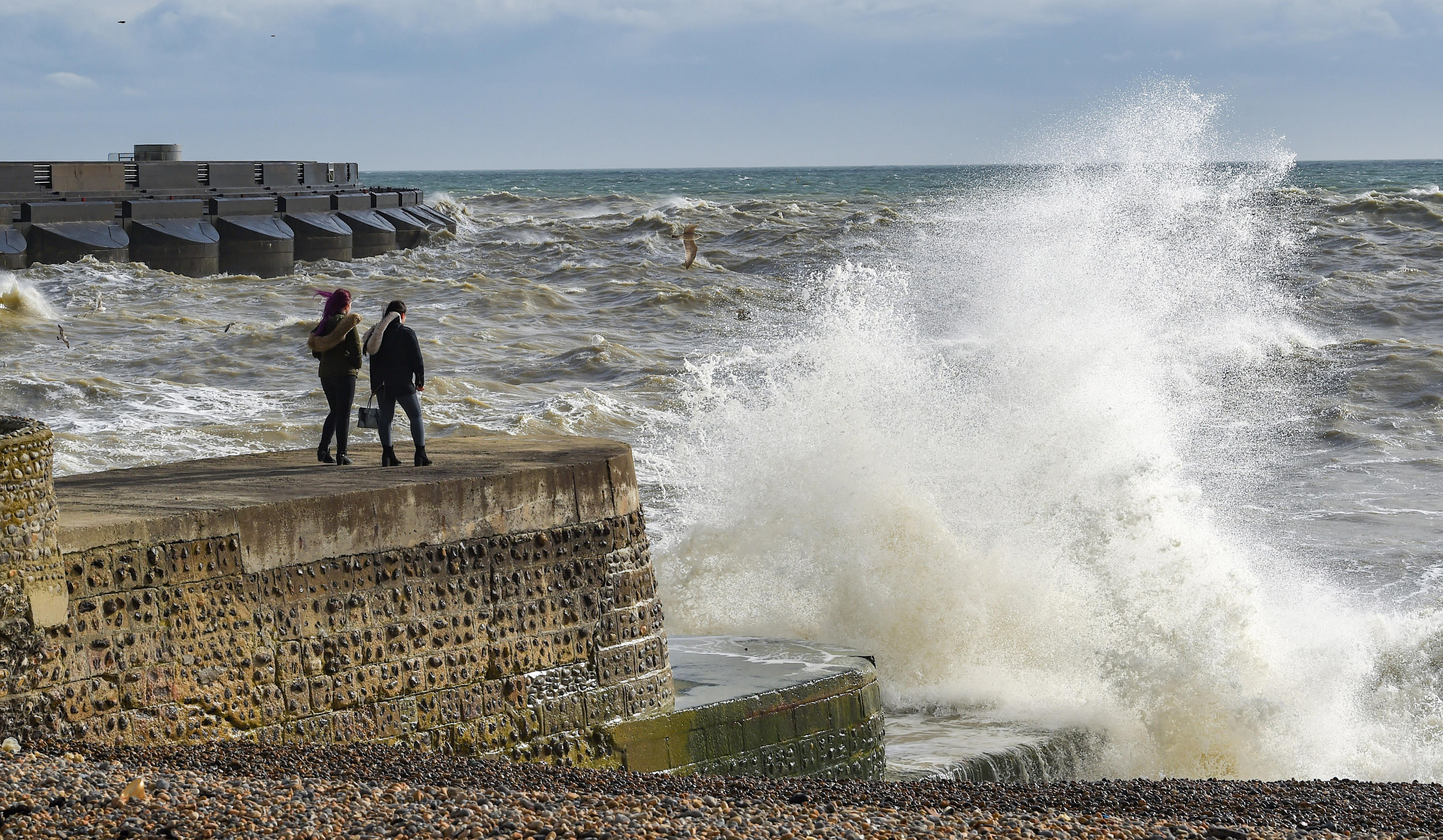