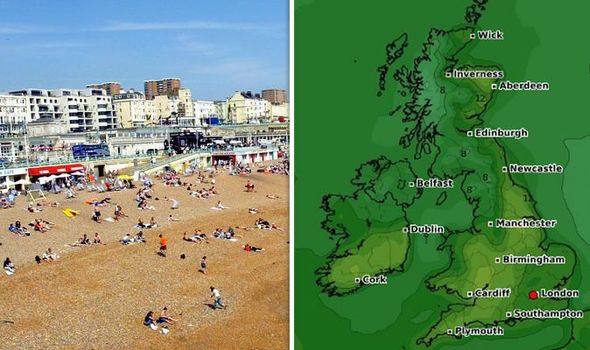 Blazing sunshine will cover central England throughout Wednesday and Thursday as slight outbreaks of rain will appear at the beginning of the day in Northern Ireland. Meteorologist Aidan McGivern said: “Some places with sunshine but there will be a lot of cloud in the sky coming in over the top of an area of high pressure and that clouds sticking to Northwestern areas. In particular the Northern Isles and Northwest highlands will see outbreaks of rain.

“However breaks in the cloud a bit of a chill in the air first thing but otherwise sunshine.

“A swathe of cloud through central zones where some breaks possible but the clearest skies will be in southwest England.”

There could be highs of up to 17C across England if cloud breaks. 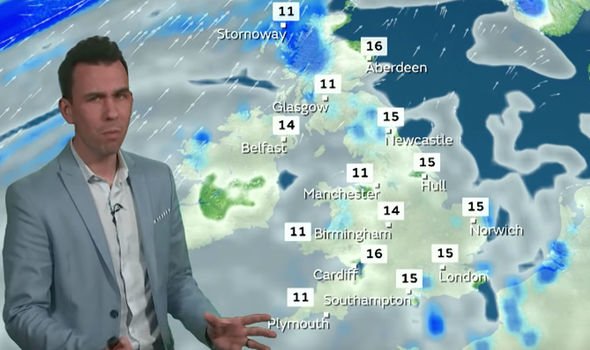 Temperatures will be slightly milder at 13C to 14C under cloud cover.

He added: “Parts of Wales will see a touch of frost first thing but won’t last long and any fog patches will soon fade.

“Another fine day on Wednesday afternoon, similar day for many places to Tuesday.

“We’ve got the cloud stretching across the UK there but the best of any breaks across Wales and southwest England. 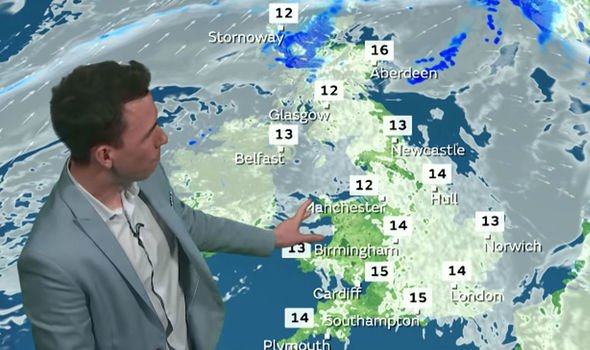 “On Thursday we do it all again high pressure bringing mostly settled weather but areas of cloud just toppling in over the top of that.

“High outbreaks of rain for Western Scotland some spots of rain for western hills elsewhere otherwise the cloud breaking up in places to give temperatures into the mid teens.”

There will be a slight breeze in northwest England but temperatures will be mostly mild.

Overall, warm weather will be found under cloud breaks.