Thunderstorms, lightning and heavy rain will continue to hit parts of Britain this weekend. Forecasters warn up to 90mm of rain could fall today, after heavy rain and thunderstorms caused disruption on Saturday. Yesterday saw roads and railway lines flooded in the south of England. The Met Office issued a yellow warning for thunderstorms across much of England and Wales, stretching across the weekend and into most of Monday.

Meteorologist Matthew Box said Saturday’s stormy weather broke out in Kent before moving across Essex, where some places saw 40mm of rain in around 40 minutes.

“It may not mean anything to a non-meteorologist maybe, but that is a healthy dose of rain in under an hour,” he told the PA news agency.

Mr Box said Sunday was likely to bring large hail and gusty winds as well as rainfall of up to 90mm in places hit by multiple thunderstorms.

“We’re going to see essentially some pulses of potentially thundery showers pushing their way up from the channel through the course of the morning affecting southern counties,” he said. 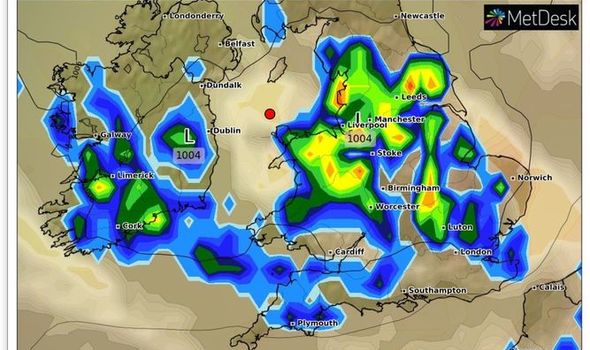 Flooding expected to cause travel chaos – as forecasters warned of an end to the heatwave.

The extreme weather may damage buildings and cause power cuts and cancellations to train and bus services.

Flooding is expected to cause roads to close causing issues with travel.

Five flood alert warnings have been issued across the West Midlands by the Environment Agency. 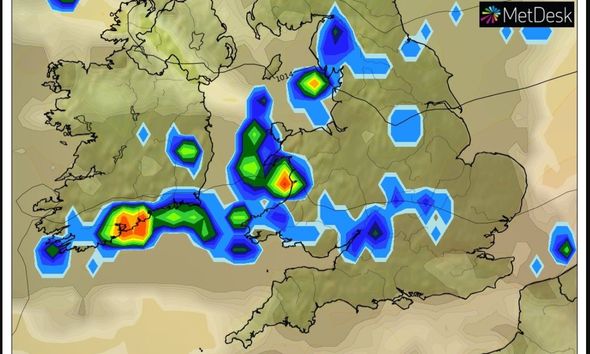 Mr Box said: “Saturday will begin mostly cloudy for most areas across the UK but as the day goes on showers will start to break out in the South and South East of England.

“As the day progresses further there’s a chance of some rumbles of thunder and potentially some hail and lightning.

“The risk of thunder will start to push further north on Sunday, with central parts of England and Wales facing heavy rain and the chance of flooding.”

However, areas in Scotland and north-western England and Northern Ireland are forecast to be dry with a few sunny spells after a week of heavy rain. 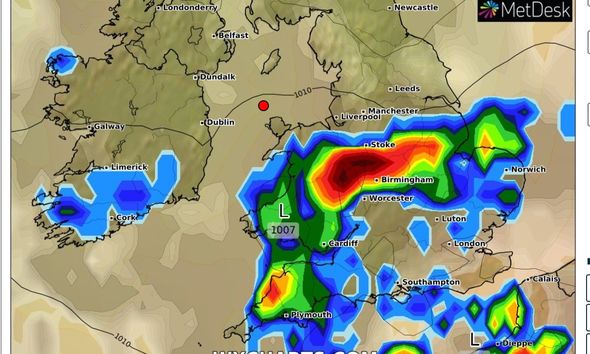 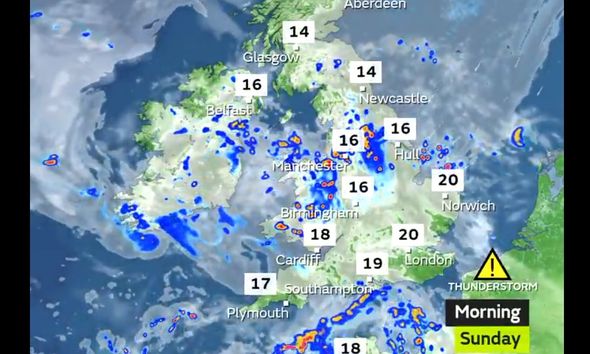 Mr Box said this was due to winds causing an “East-West” split in northern areas.

Chief Meteorologist Frank Saunders added: “Up until Monday, thunderstorm warnings cover much of England and Wales, with parts of southern England and South Wales seeing the greatest likelihood of impacts.”

Due to the continuing hot weather, large parts of the UK will be at risk of thunderstorms, Mr Saunders explained.