THUNDERSTORMS and hail are set to submerge Brits in floods with heavy rain forecast for today.

The Met Office has issued a yellow warning for thunderstorms which is in place until midnight tonight. 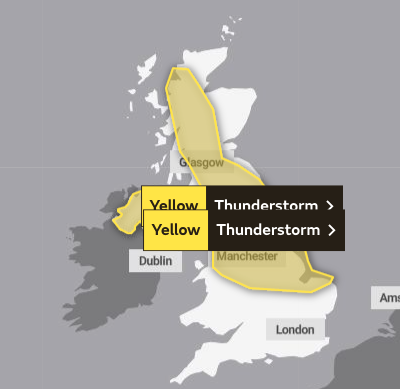 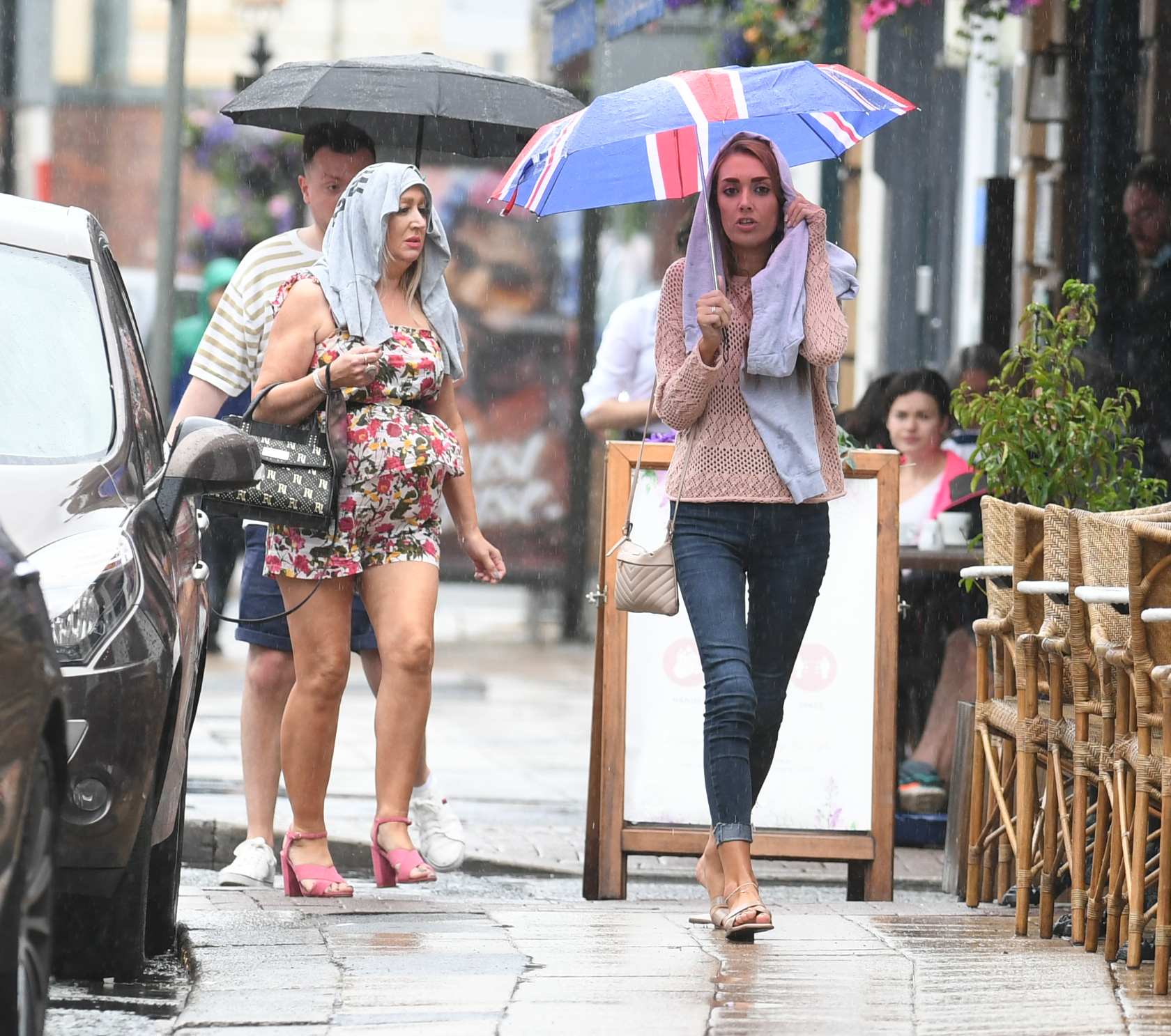 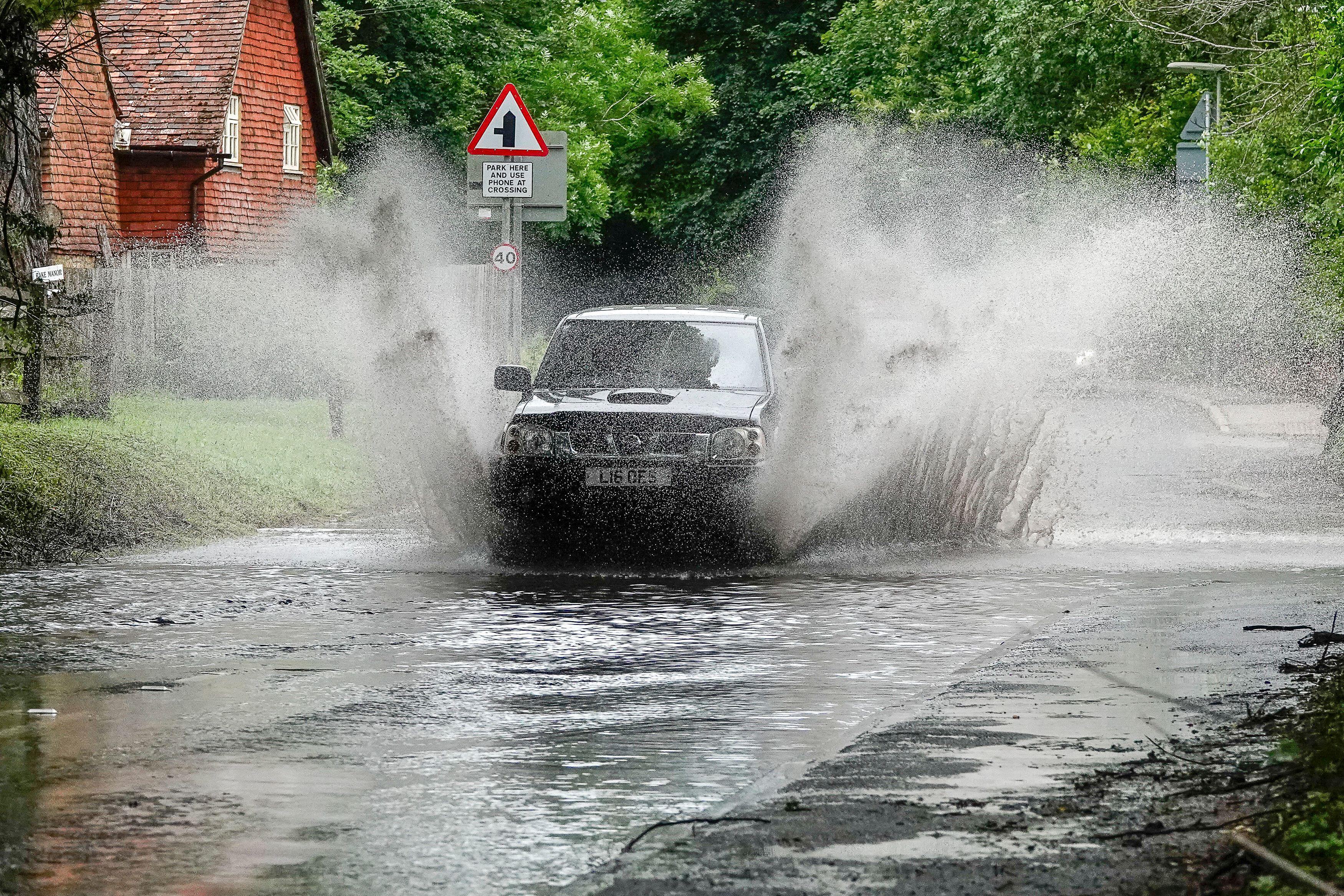 The warning has been put in place for places across central and northern parts of England as well as parts of Northern Ireland and southern Scotland.

Frequent lightning and hail are predicted along with 20-33mm of rain accumulating in a few hours.

During a thunderstorm, the Met Office advises households to unplug any non-essential appliances and that they seek shelter if possible.

If you are outside, avoid water and find a low-lying open place that is a safe distance away from trees, poles or metal objects.

The heavy rain could bring some localised flooding with residents warned of potential damage to property. 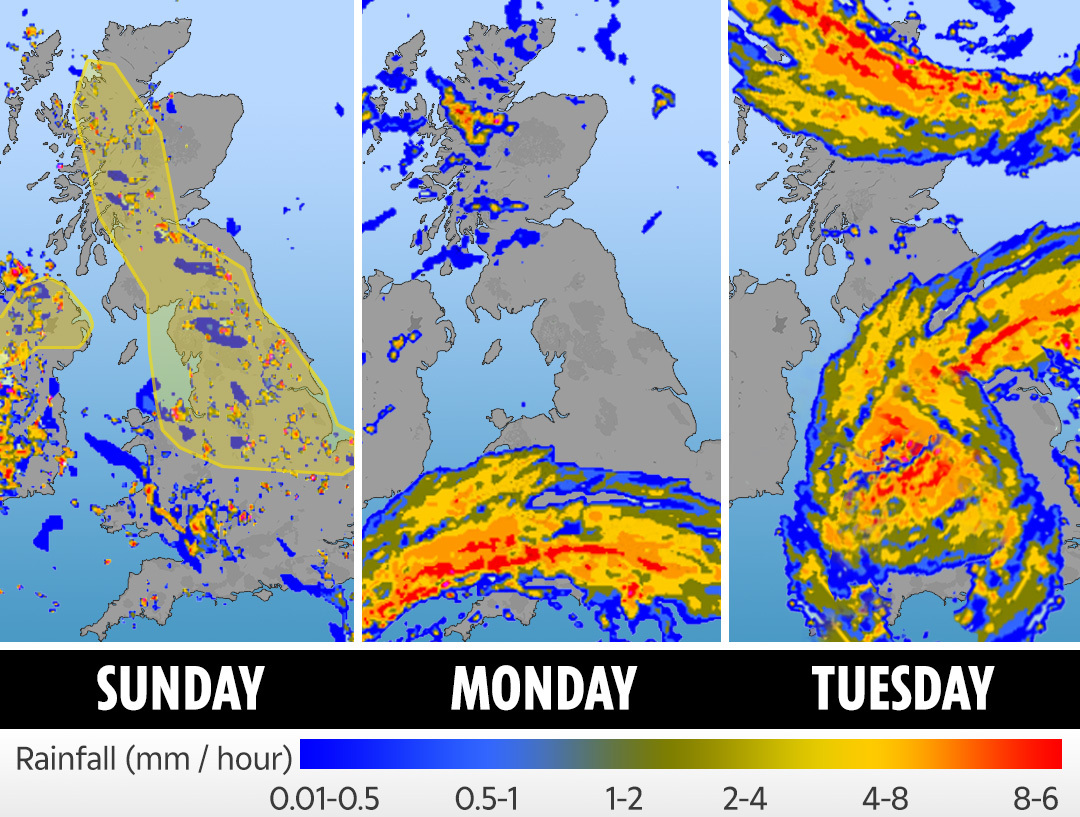 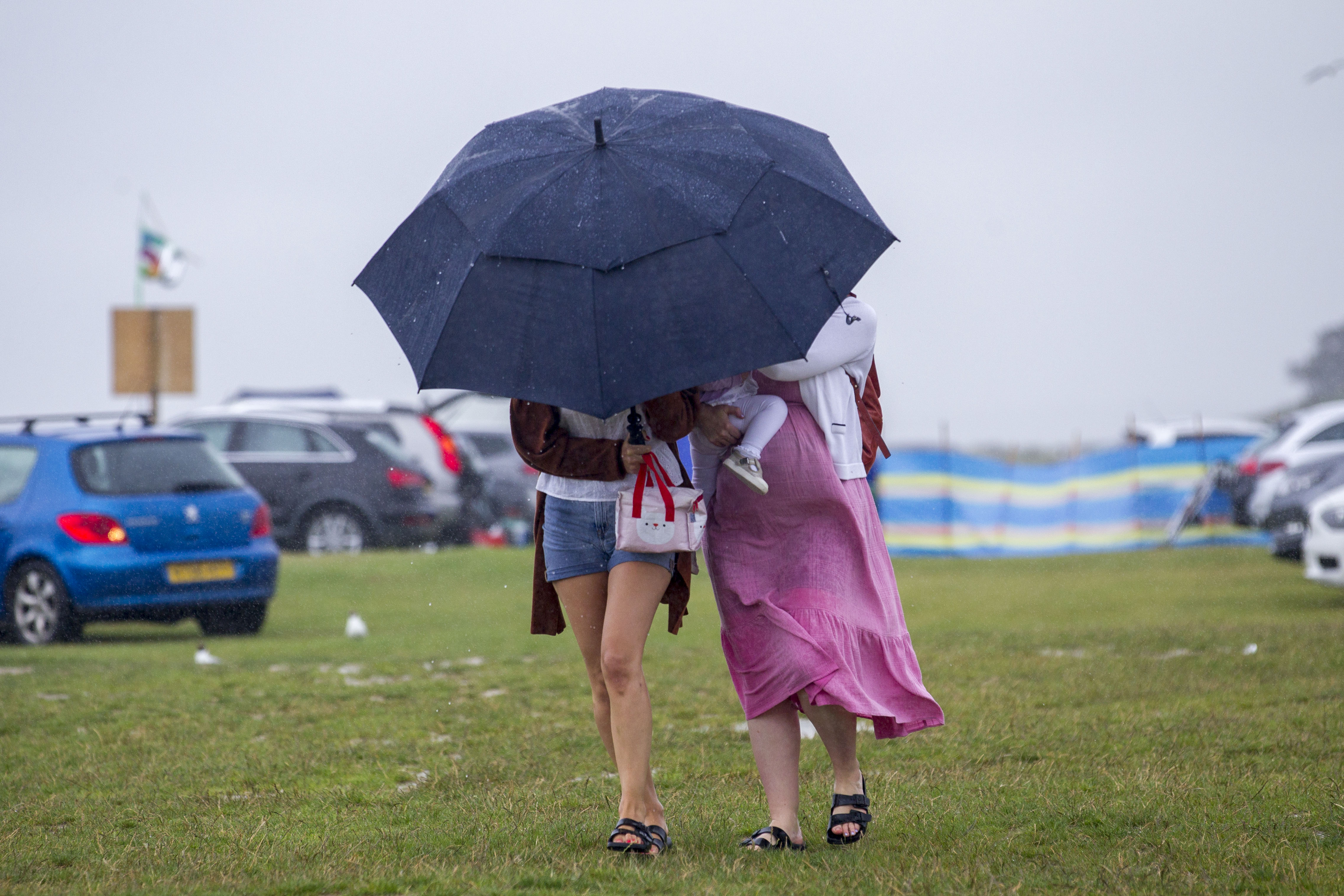 Today pictures show cars driving through floodwater in Godalming in Surrey after a night of heavy rainfall.

Temperatures will be a little higher than on Saturday with Hull seeing the highest at 23C.

Elsewhere will remain between 16C to 20C.

Showers will continue in northern parts of the UK this evening while the South can expect clear skies.

But the weather will take a turn for the worst with a low-pressure front bringing some wet and windy weather. 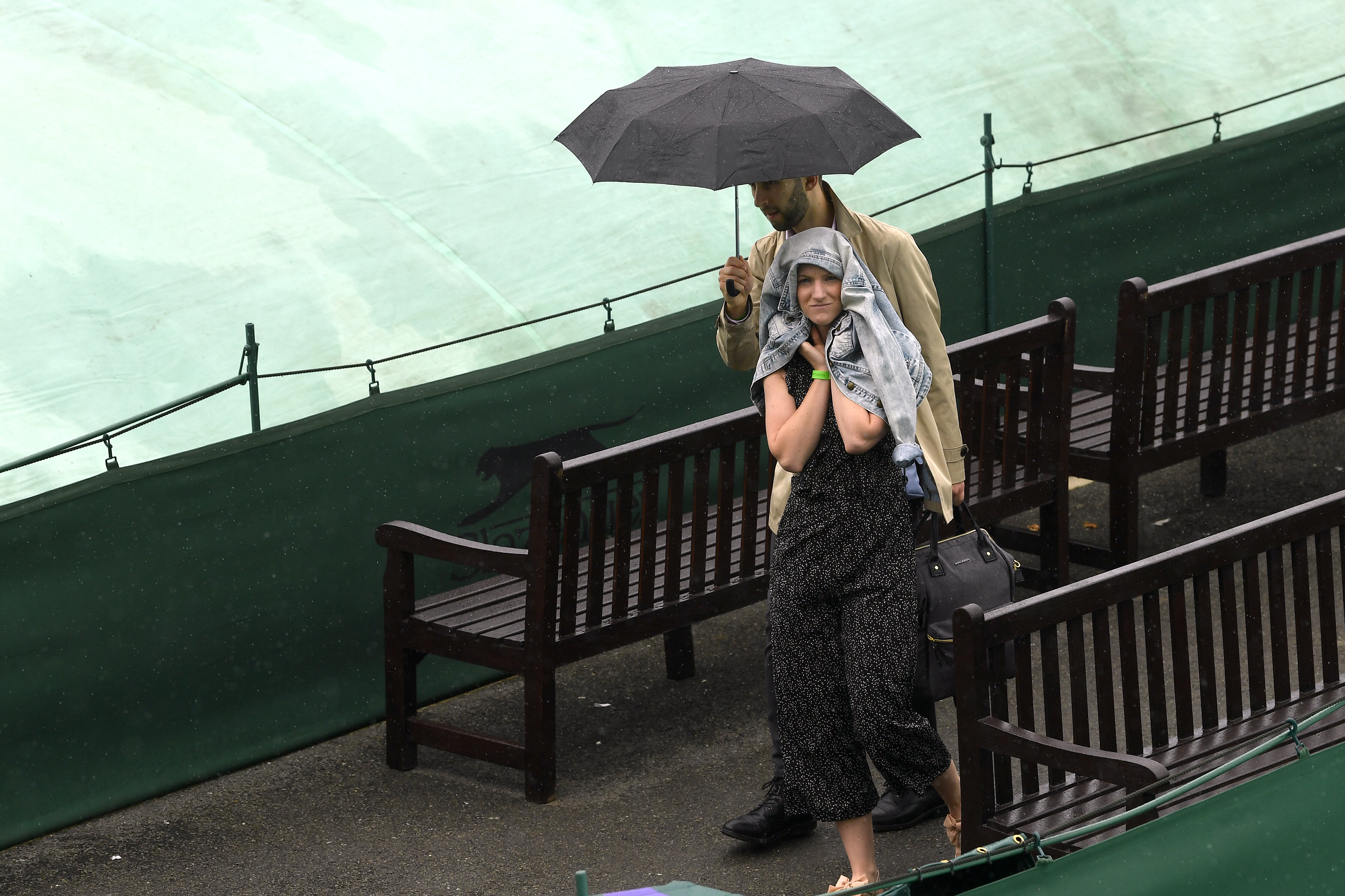 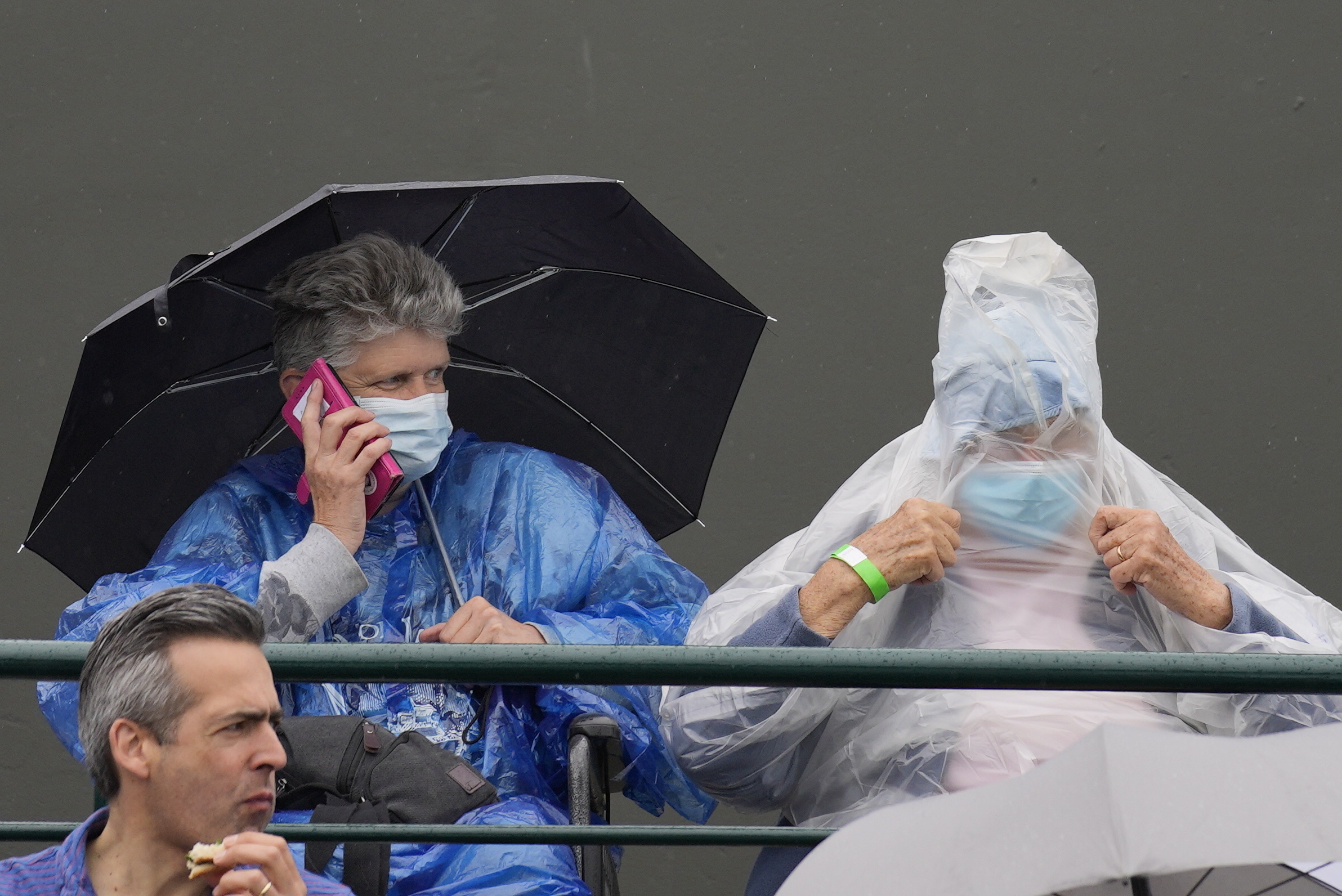 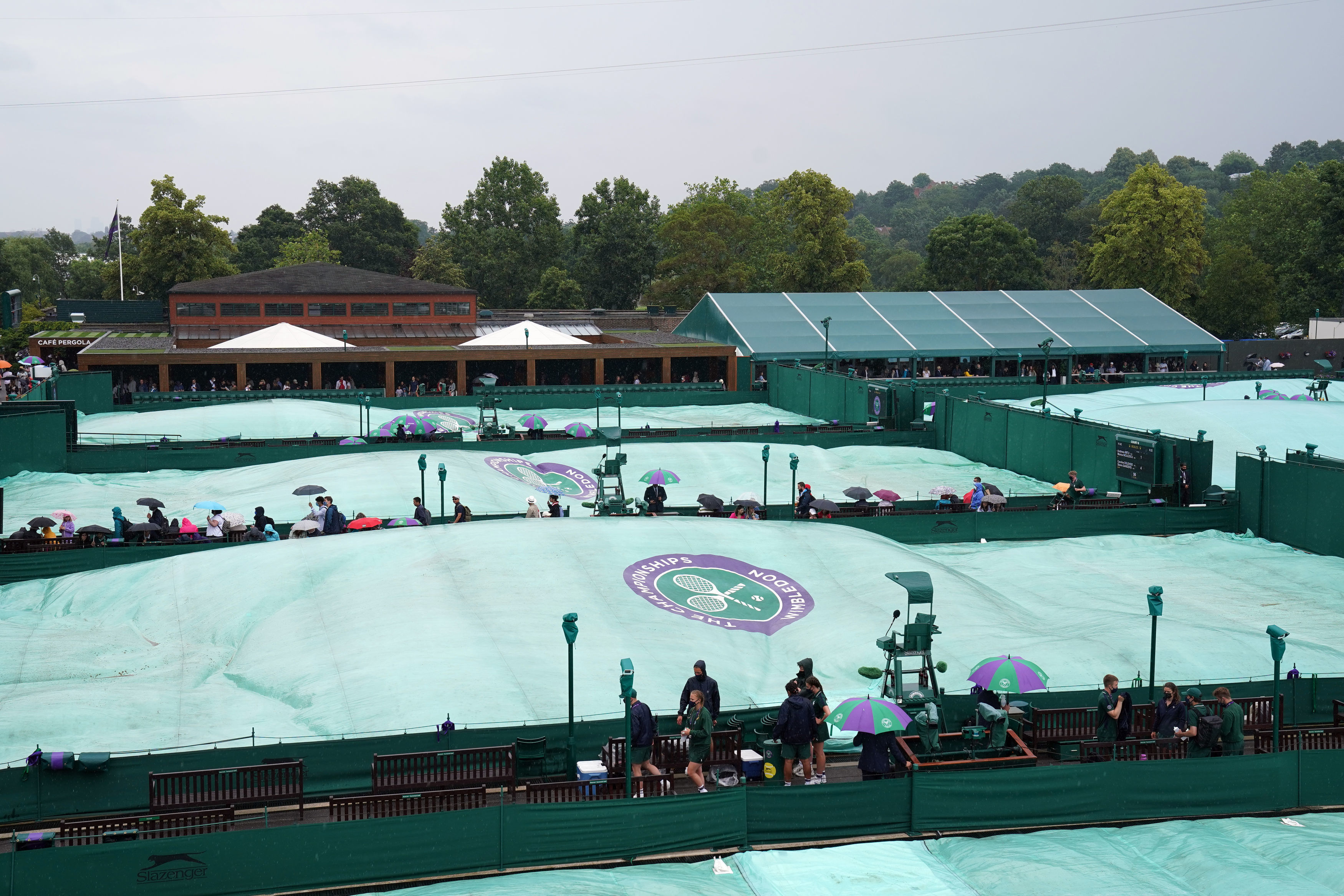 "The next few days will see unseasonably wet and windy weather cross the UK, particularly in the south on Tuesday," a Met Office spokesperson said.

"It will turn a little cooler at the start of the week too.

"However, through the second half of the week, the weather will turn more settled with temperatures returning to the low twenties Celsius."

From Tuesday, there will be strong winds and heavy rain for some in the central and southern parts of England.

Elsewhere will experience heavy showers and thunderstorms which will continue into Wednesday.

Finally, on Thursday the weather will begin to pick up and become more settled.

Yesterday spectators attempted to shelter themselves from the rain on day six of the Wimbledon Tennis Championships in London.

A sea of umbrellas was seen in the stands as people used their jackets and plastic ponchos to keep dry. 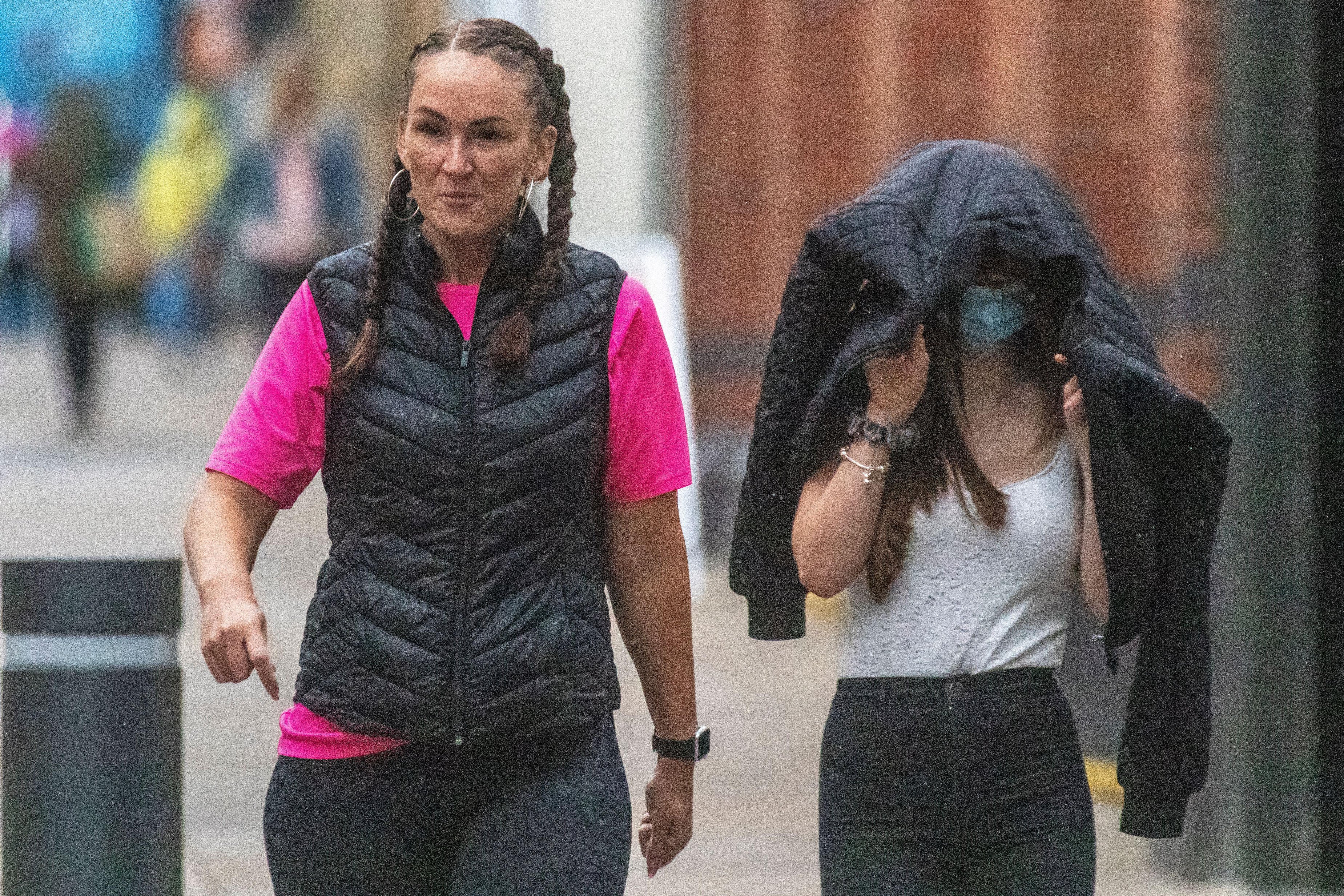 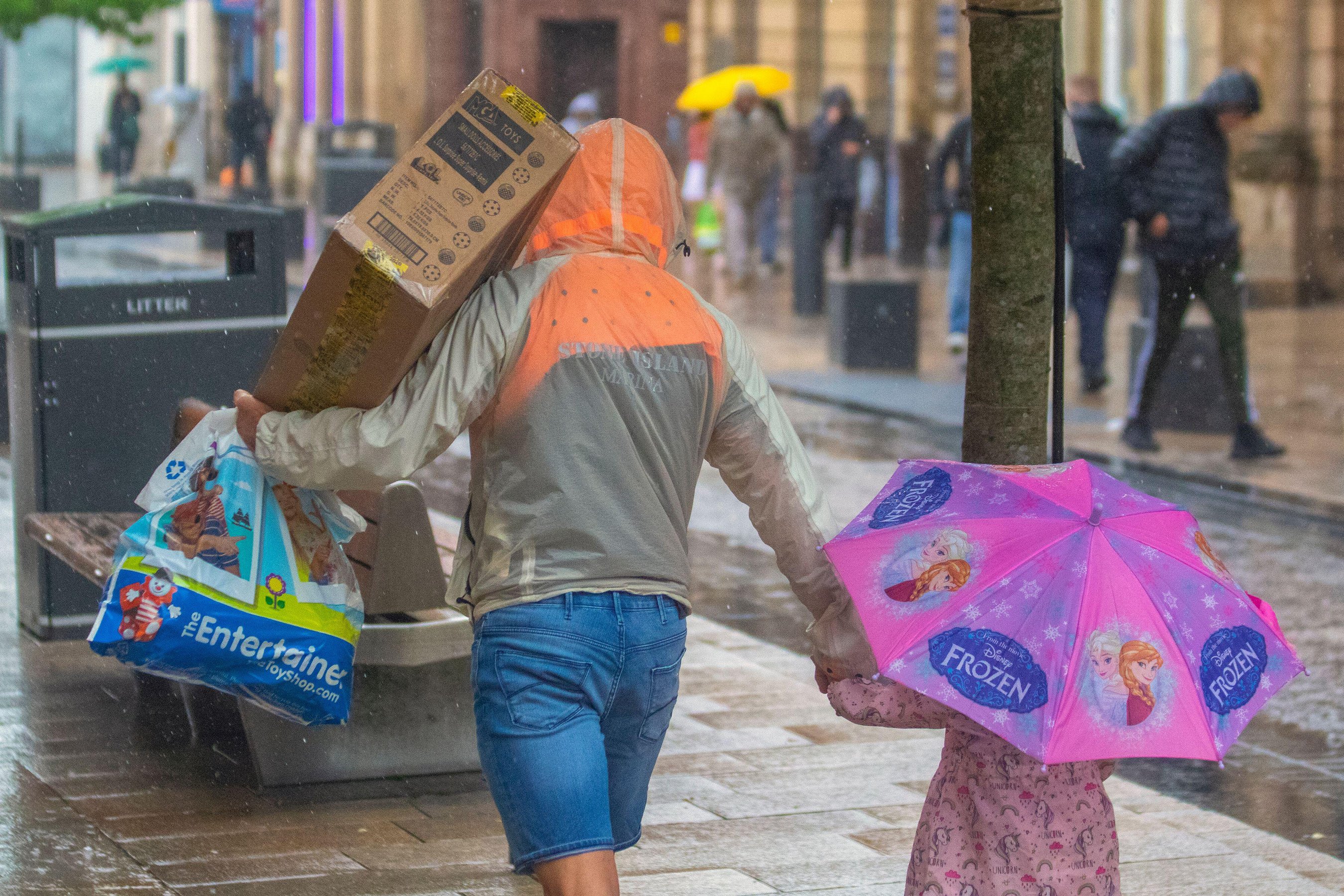