The UK is bracing for even more bad weather as ice and freezing fog descend on the British Isles. Icy, snowy, and wet conditions have plagued parts of the country for the past week, causing the Met Office to issue a slurry of yellow weather warnings.

England endured its coldest night of the winter so far on Friday night, with Redesdale Camp in Northumberland seeing lows of -11.1C, while Scotland recorded lows of -11.6C in the Highlands.

Four weather warnings are currently out across the UK, predominately affecting Scotland and parts of northern England.

The first weather warning, currently in effect until 11am tomorrow, covers central Scotland and the west coast, as well as the borders and Northumberland and down to Yorkshire.

The warning reads: “ Outbreaks of rain, sleet and snow are expected this evening and overnight leading to a risk of icy stretches on untreated surfaces, especially where snow has been melting during the day. 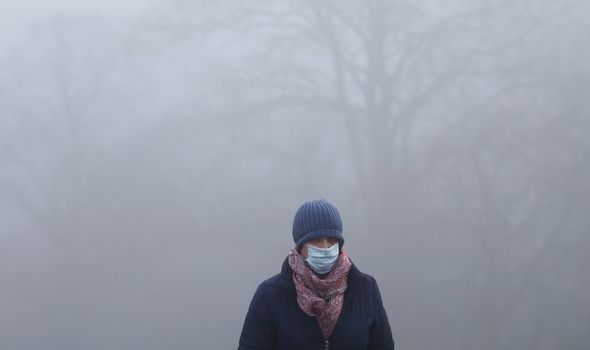 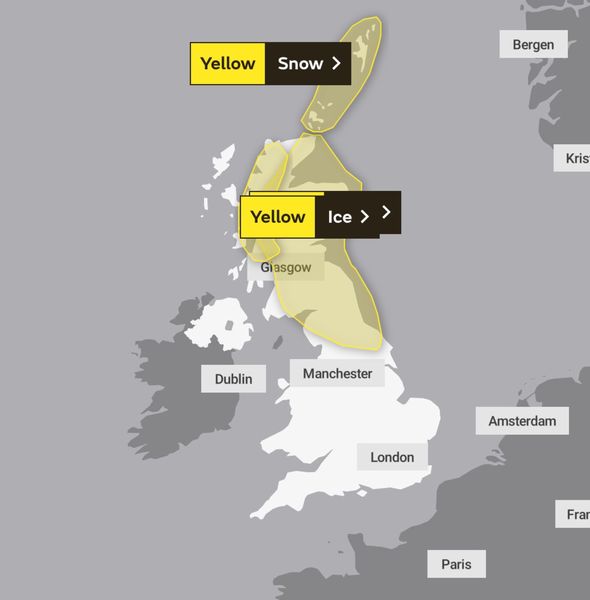 “Further ice is possible across central Scotland as the skies clear later in the night.”

On Sunday morning, two more weather warnings are in place, one for rain and one for snow.

It reads: “Rain will become persistent and heavy at times during Sunday, continuing on Monday.

“Rainfall accumulations of 60 to 80mm are expected over high ground.

“In addition, there will be a thaw of lying snow adding to the flooding and travel difficulties.

“The rain will turn back to snow on high ground from the north later on Monday before clearing.”