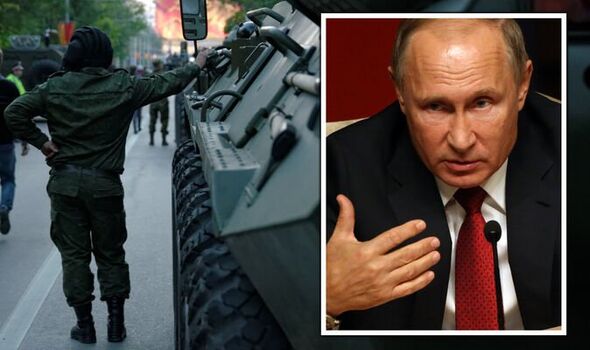 The Ministry of Defence (MoD) reports that Russia committed more than 120 battalion tactical groups at the beginning of the war but more than a quarter of these groups have now been rendered “combat ineffective”. The MoD adds: “Some of Russia’s most elite units, including the VDV Airborne Forces, have suffered the highest levels of attrition. It will probably take years for Russia to reconstitute these forces.” The intelligence comes amid reports of explosions ringing out in the southern Russian region, Belgorod. Vyacheslav Gladkov, the region’s mayor, said there was no significant damage or casualties in the two blasts that struck on Monday morning.

Putin could use nuclear weapons amid Ukraine’s military success, said US senator

Ukraine’s military success could increase the chance of President Vladimir Putin resorting to nuclear weapons, according to a US senator.

In an interview with Fox News, senate foreign relations committee chairman Bob Menendez said he feared the Russian leader could resort to nuclear weapons to “save face”.

He told anchor Bret Baier: “Well, one of my concerns is that ironically, the more success that the Ukrainians have, the greater the risk that Putin will do something because he’s losing and has to save face at home.

“And so the potential of a chemical, biological or tactical nuclear weapon may grow as a result of that.”

More than a quarter of Russian troops are likely to be considered “combat ineffective”, according to the latest Ministry of Defence intelligence.

The ministry say Russia committed more than 120 battalion tactical groups at the beginning of the war on 24 February.

The MoD states: “Some of Russia’s most elite units, including the VDV Airborne Forces, have suffered the highest levels of attrition.

“It will probably take years for Russia to reconstitute these forces.”

Good morning from London. I’m Tara Fair, I’ll be bringing you all the latest developments on the war between Ukraine and Russia. Please feel free to get in touch with me as I work if you have a story or tips to share! Your thoughts are always welcome.