Britain’s birth rate in peril as half of adults rule out having children, survey shows

A study has found that almost half of UK adults aged between 18 and 50 are not planning on having children, with the birth rate set to plummet.

Some 46 per cent of those surveyed by Ipsos said they had decided against children or did not intend to have any more.

More than half said this was for financial reasons. Two-thirds cited ‘personal reasons’, such as being too young or old, or feeling daunted at the prospect.

The declining rate will leave Britain with an ageing populace, prompting fears of extra pressure on the NHS and care system and an undermining of economic growth. 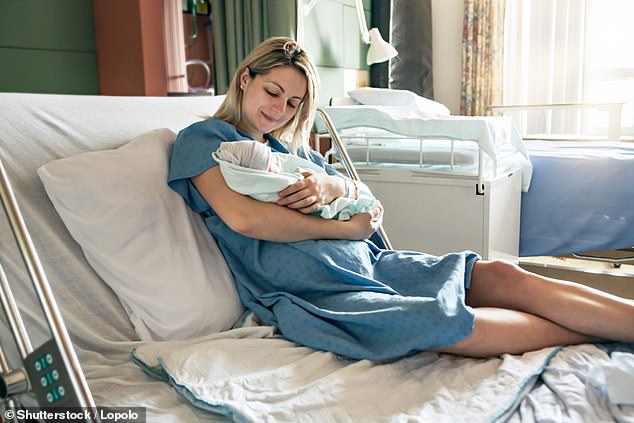 A study has found that almost half of UK adults aged between 18 and 50 are not planning on having children, with the birth rate set to plummet. (Stock image)

But environmentalists believe a shrinking population will cut carbon emissions and improve quality of life, and that gaps in the labour market will be filled by robots and computers.

Sixty-two per cent of adults polled said reducing the cost of childcare or making it free would encourage people to have more children.

Childcare is more expensive in Britain than almost anywhere else in the rich world, amounting to more than half the earnings of the average parent according to study by the Organisation for Economic Co-operation and Development. In most European countries it is well below 20 per cent.

A falling birth rate is not unique to the UK. Fertility is falling across much of the developed world, with South Korea having the lowest figure of 0.81 children per woman. 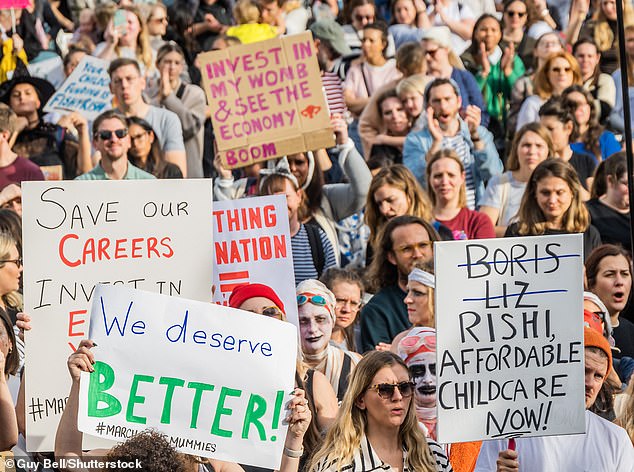 Childcare is more expensive in Britain than almost anywhere else in the rich world. Pictured: March for Mummies protest in London in October

France, however, has a much higher rate than most similar developed countries, at around 1.8 children per woman. Experts believe this is because the country offers more parental leave and a cheap system of childcare.

Dr Aveek Bhattacharya, research director at the Social Market Foundation think-tank, said: ‘As in much of the rest of the world, birth rates have been falling in the UK for several years. To some extent, that likely reflects more options and greater freedom: better economic opportunities, stronger reproductive rights, weaker social pressure.

‘At the same time, people generally say they would like to have more children than they end up having, which suggests significant barriers of cost, as well as working and living conditions that may not be amenable to starting a family.’

Meanwhile, another Ipsos poll has found that opinion varies between parents over who takes charge of everyday childcare jobs.

Ask a woman, and she will tell you she does the school run, fills out admin forms, entertains the children and manages their lives. Ask a man, and he will say that these tasks are shared equally between him and his partner.