A "Words Matter Task Force" at the IT department at the University of Michigan last week released a hefty list of terms it deems offensive and offered alternatives to be used instead. Among the list of offensive terms were "picnic" and "brown bag."

The list was intended to more "effectively communicate with customers" by using specific language that does not "harm morale" or "inadvertently exclude people from feeling accepted to foment a healthy and inclusive culture." 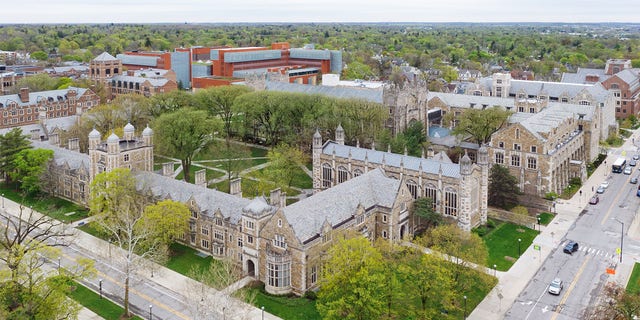 The task force said that using inclusive language is "imperative to create a culture where everyone feels welcome, valued, and respected."

As alternatives for these "offensive" words, the task force suggested "lunch and learn" for "brown bag," and "gathering" for "picnic."

It wasn’t immediately clear why "brown bag" would be offensive. However, the reason the task force deemed "picnic" offensive might originate with claims on social media that the word has its origins in the lynching of African Americans.

Reuters reported in July that the term derives from the 17th-century French word "pique-nique," which is used to described social gatherings in which attendees bring food or other items. The outlet concluded that its origins have nothing to do with racially motivated killings.

Fox News has reached out to the Words Matter Task Force for comment.

Heavily pregnant mum fined by cops after toddler son, 3, wet himself in petrol station car park… and could be JAILED in she doesn’t pay