US SECRETARY of State Mike Pompeo has today promised the UK will be at "the front of the line" for a new post-Brexit Britain trade deal – despite the row over Huawei. 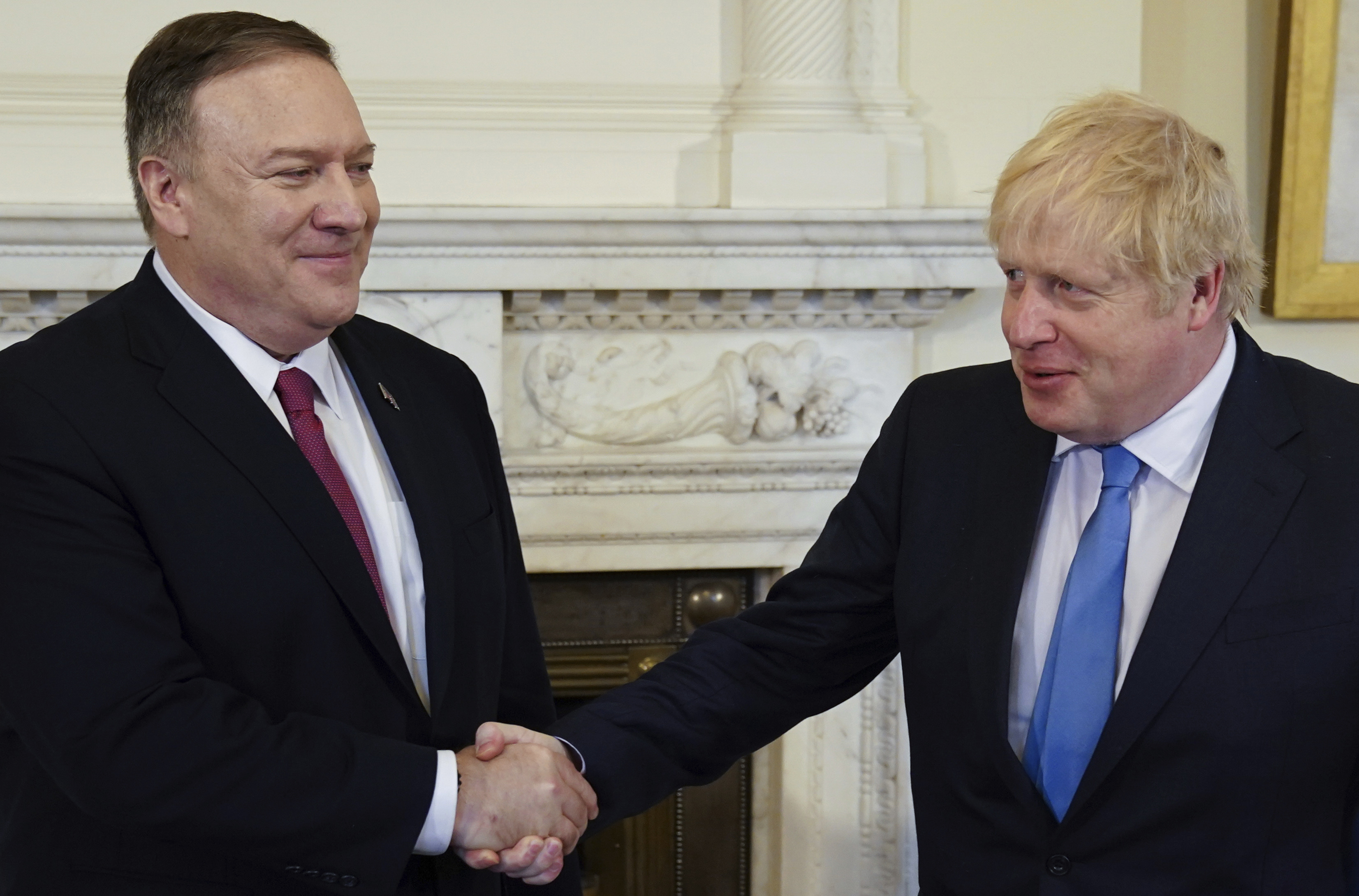 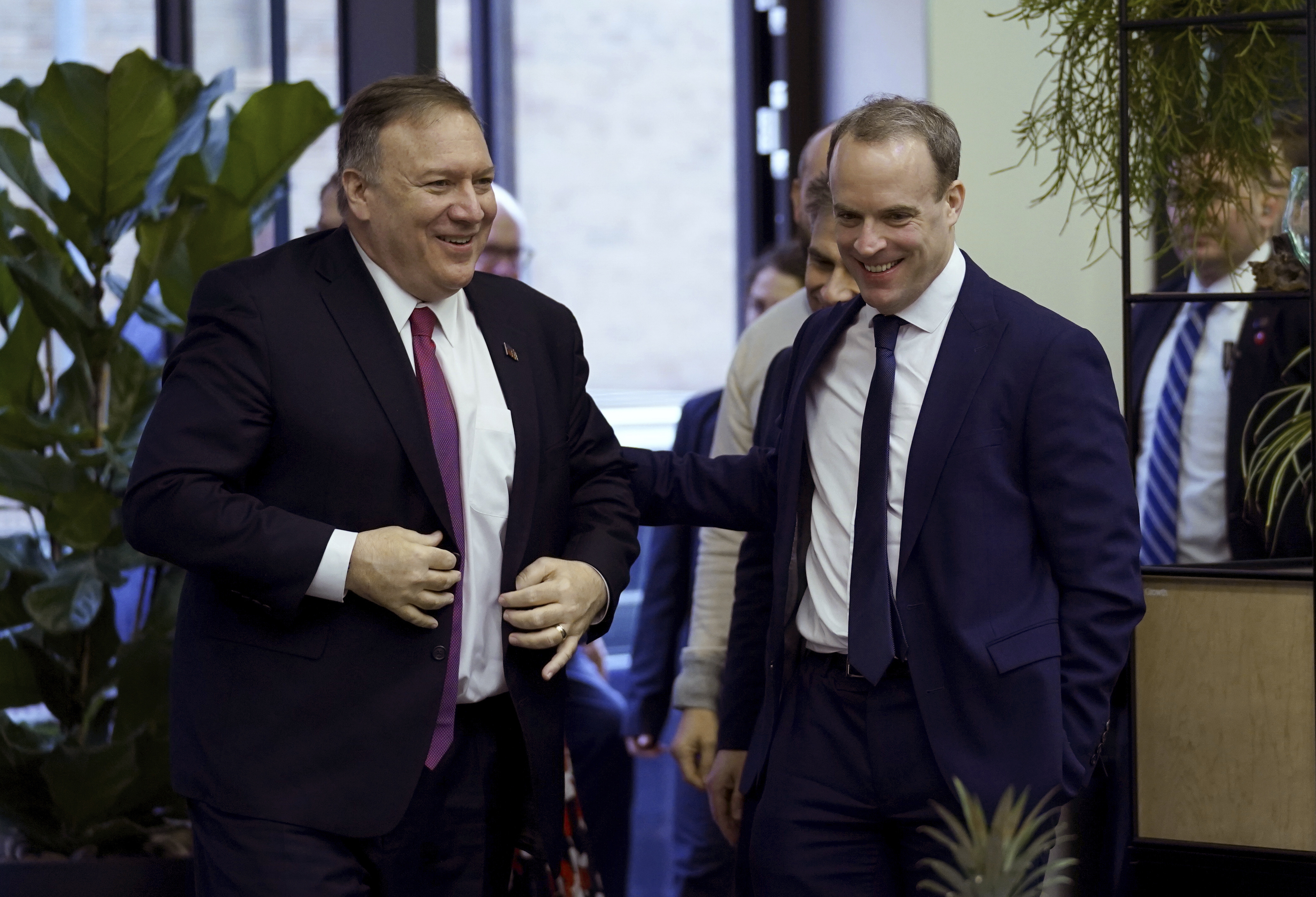 Mr Pompeo said the US was keen to get started on trade talks with the UK to mark a "historical moment" in the relationship between the UK and the US.

"This is a historical moment in the relationship".

Earlier this week US politicians and Tory backbenchers had slammed Boris Johnson's decision to allow Huawei to take part in the 5G network.

But the US Secretary of State hit home his hopes for the future of the famous UK-US special relationship.

He said: "(It's about) reducing the friction and the ease of travel of goods between our countries, it's the ease of students going to schools in each other's countries…

"Whether that is about tariffs or barriers – we want to protect those boundaries but also lower every barrier towards free flow of information and talent."

Mr Raab showered praise on the Five Eyes information sharing relationship between the US, UK, Australia, Canada and New Zealand.

The US had previously threatened to withhold crucial intelligence if the UK allowed Huawei into the 5G network.

Mr Raab said: "As [Mr Pompeo] said, good friends don't always agree on everything but the sea of things we do agree on overwhelm [the differences]."

Mr Pompeo hinted the Huawei row was not completely water under the bridge, saying the UK had given Huawei "front door" access to UK data and information.

He said: "When you have a state sponsored Chinese telecoms company able to permit the transfer of information in your infrastructure… the Chinese Communist state has the legal mandate to obtain that private information."

But the Secretary of State dialled back threats to block the UK from US intelligence information.

He added: "We will never permit American National Security information to go across a network we do not have trust and confidence in."

But he also stressed he was "very confident" they could find a way to work together and resolve the issues. 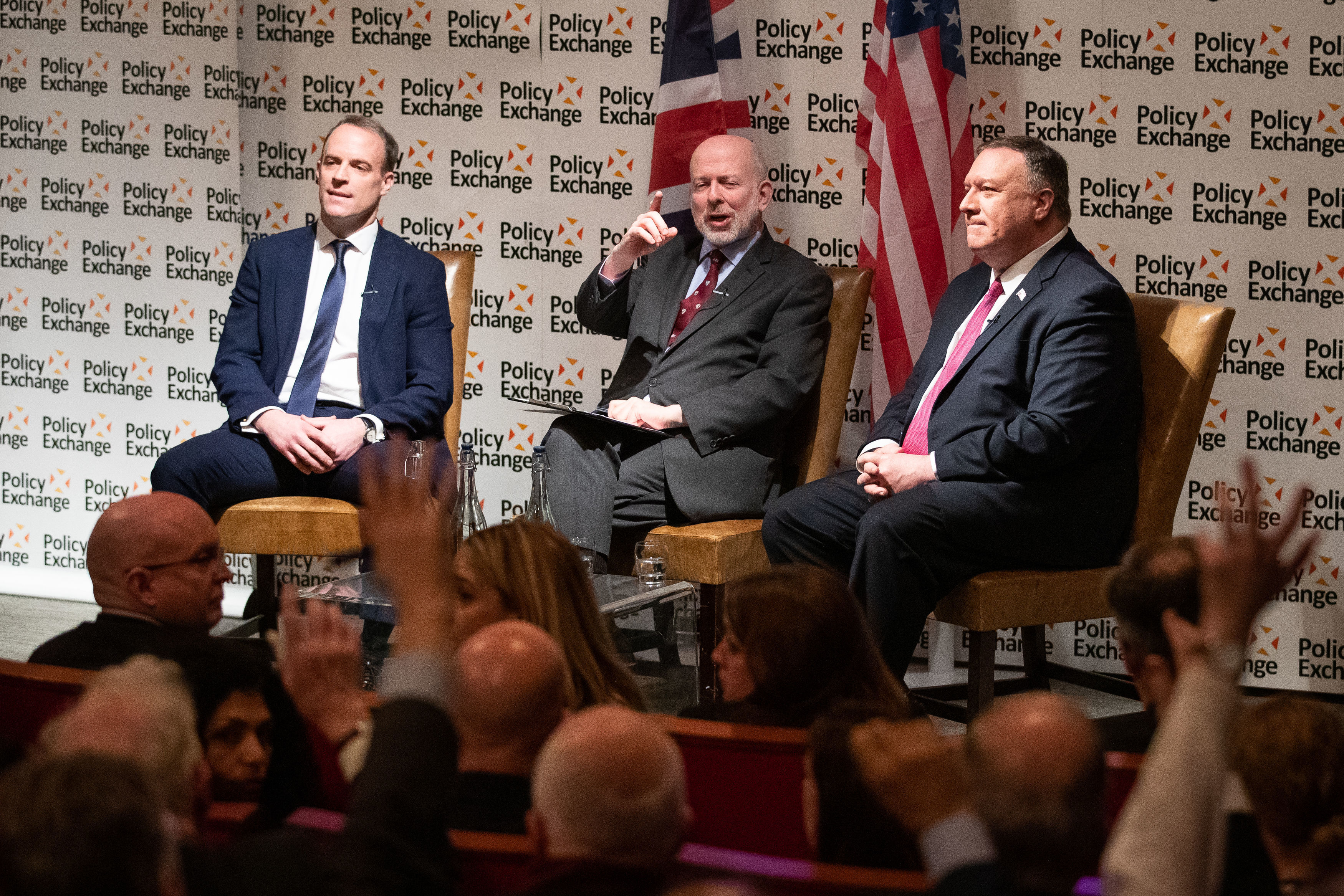