Vegans who hoped to get an advert promoting meat and diary consumption banned have been left disappointed as the regulatory body rejected their complaints.

The campaign promotes eating meat and diary as part of a ‘varied and balanced diet alongside a healthy lifestyle.’

One ad claimed that meats such as beef, pork and lamb, and milk contain the vitamin B12, which they claim is ‘an essential nutrient not naturally present in the vegan diet.’ 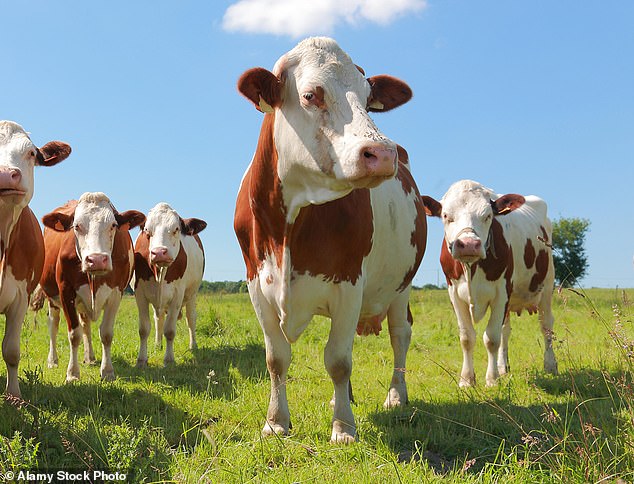 B12 plays an important role in the body, helping to make red blood cells and DNA, and keeps blood and nerve cells healthy.

The vitamin also helps to prevent megaloblastic anemia, a blood condition which can make people tired and feel weak.

They have said the ads imply eating meat and diary is essential for a healthy diet.

They also allege the adverts suggest that animals bred for livestock in the UK are outdoor grazed, with one of the ads showing cows roaming a hillside.

But, the ASA failed to uphold the complaints.

Beneath one of the ads shared on Facebook, users shared their views. 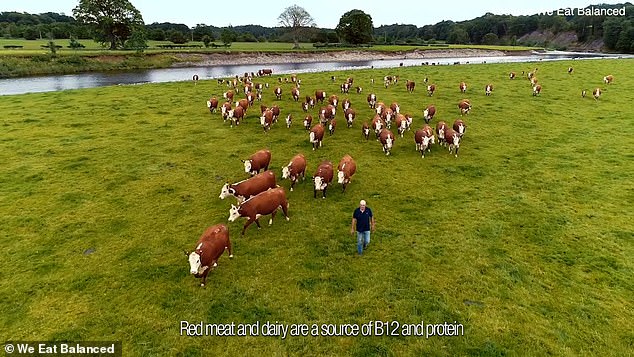 Campaigners also allege the adverts suggest that animals bred for livestock in the UK are outdoor grazed, with one of the ads showing cows roaming a hillside

‘Really? How desperate do the meat and dairy industry have to be to put an ad out on TV spouting absolute lies about it being healthy for you?’ Hannah Kyle wrote.

‘You’re all so scared about Veganuary, it’s pathetic. Don’t fall for the lies. I actually can’t believe what my eyes have just watched.;

Another wrote: ‘We should take notice of our earth and stop eating meat and harming our poor animals.’

But Scott Crofter Sutherland, a farmer, responded with: ‘We farmers and crofters do a d*** good job of looking after our livestock and tending to the land and caring for it.

‘Vegans that’s fine if you want to be one, but do not tell us we are cruel and damaging the world.’

Louise Davies, Head of Campaigns at The Vegan Society, said the group were ‘disheartened and frustrated’ by the ruling. 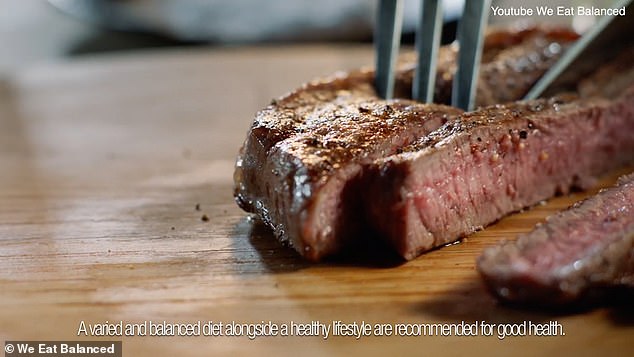 The caption on the video reads: ‘A varied and balanced diet alongside a healthy lifestyle are recommended for good health’ while showing images of meat being cut 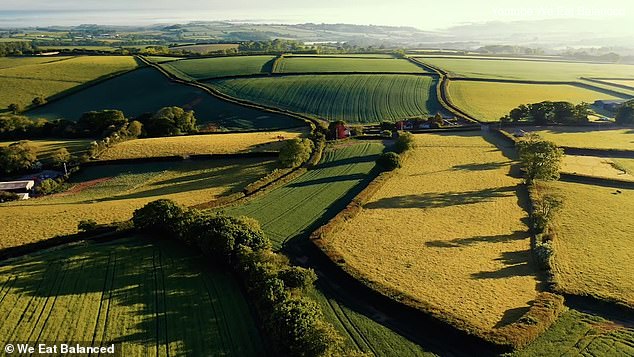 ‘We are disheartened and frustrated by the ASA’s final ruling over these adverts,’ she said.

‘We still strongly believe by running these adverts the AHDB set out to purposely mislead the public at a time when a record-breaking number of people were trying veganism through the Veganuary campaign.’

‘Despite the outcome we hope the huge number of complaints submitted to the ASA will encourage the ADHB and similar bodies to think twice before resorting to such scare tactics again in future.’

Back from the wilderness, Merz leads race to succeed Merkel

Shocking video of Donald Trump saying ‘God elected me’ emerges – is it real?