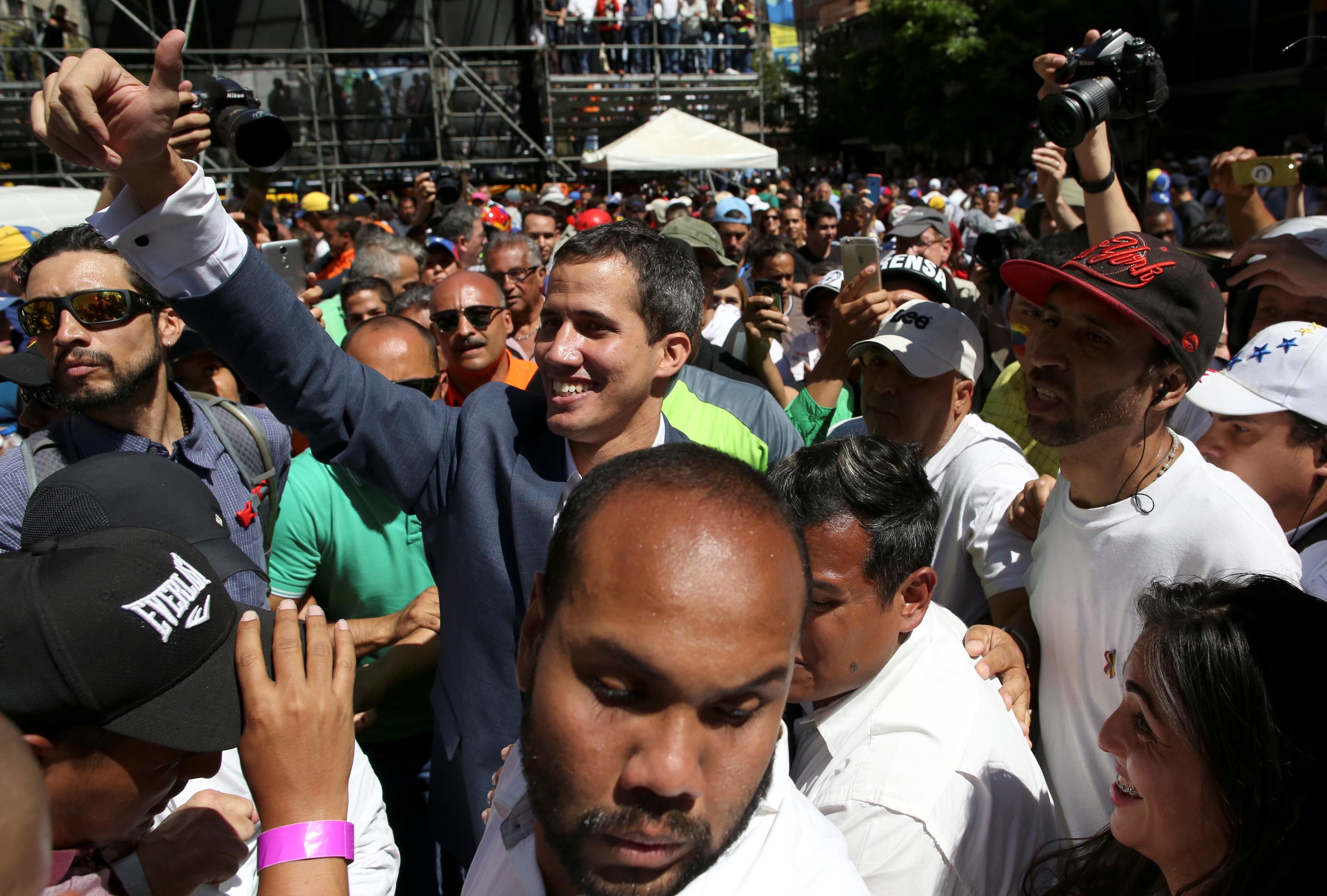 CARACAS (Reuters) – Venezuelan President Nicolas Maduro threatened opposition leader Juan Guaido with facing the courts “sooner or later” for violating the constitution by anointing himself legitimate head-of-state, according to an interview published on Wednesday.

Guaido invoked a constitutional provision to assume the presidency three weeks ago, arguing that Maduro’s re-election last year was a sham. Most Western countries, including the United States, have recognized Guaido, but Maduro retains control of state institutions including the military.

Maduro, speaking with Lebanese television channel al-Mayadeen TV, said Guaido was seeking to divide the country and convince the Trump administration to launch a foreign intervention.

“If the American empire dares to touch even one palm leaf in our territory, this will turn into a new Vietnam,” he said.

“This person, who believes that politics is a game and he can violate the constitution and the law, sooner or later will have to answer before the courts,” Maduro said, adding he was “absolutely sure” of this.

Venezuela’s Supreme Court has already imposed a travel ban and a bank account freeze on Guaido, after approving a request from the chief state prosecutor for a preliminary investigation into his actions.

Guaido told a huge rally of supporters on Tuesday that humanitarian aid would enter the country on Feb. 23, setting the stage for a showdown with Maduro who has refused to let supplies in as he denies there is an economic crisis.

Guaido vows to keep calling protests to pressure Maduro to step down so new presidential elections can be held.

The U.S. Congress will not support U.S. military intervention in Venezuela despite comments hinting at such involvement by President Donald Trump, the Democratic chairman of the House Foreign Affairs Committee said on Wednesday.

Live updates | Brink confirmed as US ambassador to Ukraine. – The Denver Post