Victory for 100,000 who were trapped in unsellable homes by toxic leasehold deals as MPs slam crippling ground rents and demand a change in law 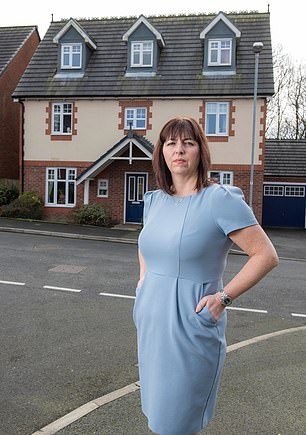 Joanne Darbyshire, above, and her husband Mark bought their £400,000 house leasehold from Taylor Wimpey in 2010. The couple claim the salesman told them the freehold could be bought later for £5,000

The law must be changed to help families stuck in toxic leasehold deals escape their unsellable homes, MPs are demanding tomorrow.

In a highly critical report, the House of Commons housing committee says there is no excuse for not helping the estimated 100,000 victims of the scandal.

The committee’s findings are a major victory for campaigners and the Daily Mail, which has led the way in exposing the use of rip-off leases by developers.

Its report accuses big housing firms of exploiting buyers with leasehold contracts that impose crippling ground rents and ‘excessive’ fees on everything from building conservatories to changing carpets.

In some cases, these can run into hundreds of thousands of pounds and make it impossible to sell the homes.

The MPs also lambast solicitors for failing to warn clients about the rip-off deals and say some are too cosy with developers.

Ministers have already banned the sale of new houses with the toxic deals. However, the report calls for them to go further and consider law changes to help existing victims of the practice. 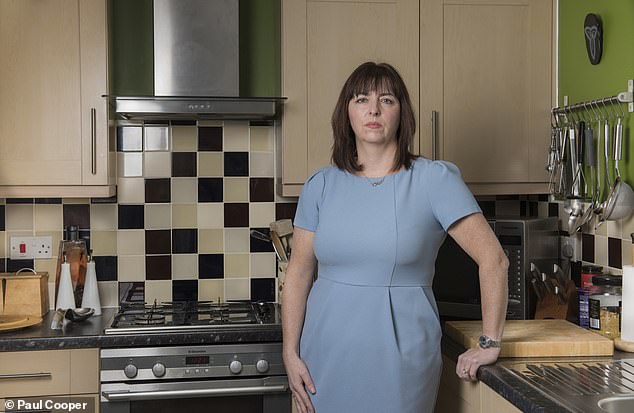 Mrs Darbyshire, 48, said: ‘People say you should have read the small print but none of these things were there.’ The annual ground rent on the detached three-bed property was set at £295, a figure that would double every ten years

It calls for a full-blown inquiry into the sale of leasehold properties after widespread claims that many families were victims of mis-selling, with some calling it ‘the PPI of the housing industry’.

Committee chairman Clive Betts said: ‘I’d like to recognise the work the Mail has done to highlight the plight of ordinary people who have been affected by this scandal.’

The report came just a day after housing giant Persimmon, which was among developers that sold leasehold homes, revealed it paid bosses nearly £90million in a single year.

The company has been heavily criticised over fat-cat pay, with critics saying it has made record profits off the back of the taxpayer-funded Help to Buy scheme.

After hours of testimony and an ‘unprecedented’ number of submissions by the public, the committee’s report:

‘Salesman said we could buy freehold’

Joanne Darbyshire and her husband Mark feel trapped in their home after changes to their lease left them facing soaring costs.

When they bought their £400,000 house leasehold from Taylor Wimpey in 2010, the couple claim the salesman told them the freehold could be bought later for £5,000.

The annual ground rent on the detached three-bed property was set at £295, a figure that would double every ten years.

But two years later the developer sold the freehold to an offshore company without offering it to the couple – and they were later told it would cost them up to £33,000 to buy the freehold.

They have since been offered a ground rent contract but it means the freehold would still cost £10,000.

Mrs Darbyshire, 48, said: ‘People say you should have read the small print but none of these things were there.’

Many of the buyers MPs heard from were unaware of the differences between freehold and leasehold when they bought their home.

Leaseholders, in effect, purchase the right to live in a property for an agreed period rather than owning it outright.

Obligations tend to be imposed on them, such as the payment of a ground rent or fees for making alterations on a property. Government figures suggest there are 4.2 million leasehold properties in England.

Mr Betts said: ‘Developers abused their market dominance and exploited consumers, using a model that did not fully explain what was involved in leasehold properties. The weight of evidence we have received from people who bought their properties and feel they have been wrongly advised or misled is overwhelming.

‘It is simply not enough to deal only with future leasehold sales. Families sold inappropriate leases with unfair conditions urgently need help from the Government.’

Sebastian O’Kelly, from campaign group Leasehold Knowledge Partnership, said: ‘This report amounts to a demolition of the leasehold system. It is devastating about how developers have taken their customers – and us, the wider taxpayers – for a ride by squirrelling in an investment asset in the homes of ordinary families. 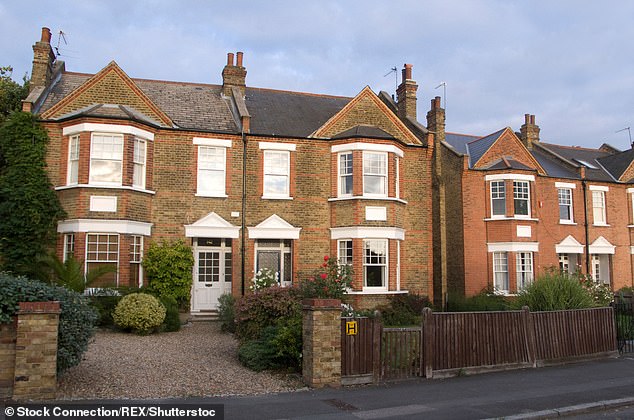 ‘It is clear MPs think developer-recommended solicitors have been little more than stooges – dumping their supposed clients in onerous lease terms. Some – the doubling of ground rents – have made these properties unsellable.’

Last night Housing Secretary James Brokenshire said: ‘I have repeatedly made clear my ambition to end those exploitative and unfair arrangements that have no place in a modern housing market.

‘That’s why I’ve announced plans to fundamentally reform the leasehold system. I have called on the Competition Markets Authority to investigate alleged abuses and market failure as a matter of urgency and have been clear that I will consider further action, including legislation, if necessary.’

‘Implications weren’t fully explained to me’

The property, in Sandbach, Cheshire, has a ground rent of £250 per year and she must pay ‘permission fees’ to make alterations.

The mother-of-two, who lives with daughter Jade, said the full implications were ‘not fully explained’ by the housebuilder or her solicitor.

‘You don’t own the bricks and mortar,’ she added. ‘I feel like my solicitor didn’t act in my best interest.’

Stay off the roads during the approaching snowstorm. Here’s what you can do to be safe if you must travel

Trump warned Erdogan in an October 9 letter: 'Don't be a tough guy'