Western Australia’s top cop has suggested the murder of teenage boy Cassius Turvey on a Perth street may have been a tragic case of mistaken identity.

Speaking with Radio 6PR, Police Commissioner Col Blanch said police were investigating whether the fatal bashing of the 15-year-old on October 13 as he walked along a Middle Swan street with friends was a vigilante attack gone horribly wrong. 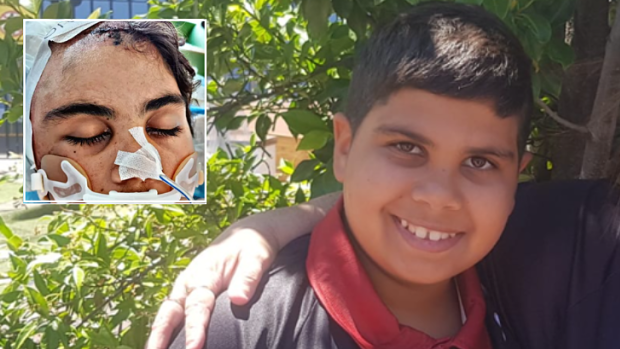 Cassius Turvey, and in hospital (inset). His family have consented to the use of the images in this report.

“We’re not operating on any principles of racism or motivation at this point, other than to say we believe there was a damage incident that occurred, and that’s resulted in the murder of a very young boy.

“I do understand the high public interest, this is a devastating outcome to have a young boy killed on the streets in Western Australia, it’s absolutely horrific.”

Friends who were with Turvey when a group of males jumped out of a black ute and chased them with weapons said the strangers were hurling racial slurs and accusing them of smashing one of their car windows a day earlier. 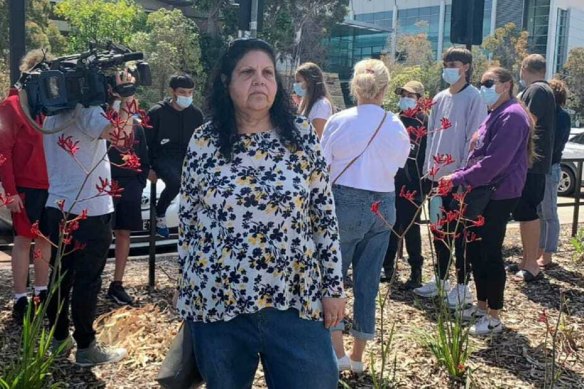 Cassius’ mother Mechelle Turvey, taken after he was attacked, but before he died.

Turvey and another boy who was on crutches were beaten with metal poles. Turvey sustained serious head injuries and died 10 days later in hospital.

In the wake of the attack, Blanch discouraged the community from taking the law into their own hands.

“There is no place for people to seek revenge for what is likely to be a relatively minor crime and in fact you can often choose the wrong person and make the wrong assumptions, that is why we have a justice process,” he said.

“If anyone acts like a vigilante, tragic things like this may occur and have occurred on this occasion.”

Jack Brearley, 21, was charged with Turvey’s murder on Monday and has been remanded in custody.

His friends claim he has received death threats while in custody over anger his alleged crime was racially motivated.

A candlelight vigil will be held for Turvey at Midland Oval on October 31 at 5.30pm to coincide with Halloween, one of his favourite events. National rallies are also planned for November 2.

His grieving mother, Mechelle Turvey, described her son as a vibrant, caring and funny boy with a beautiful smile.

“I’m just appalled at some of the violence going on in our communities.”

A GoFundMe page set up to help Turvey’s family, titled #justiceforcassius has raised more than $178,000.