Police in Washington state arrested Vili Fualaau on Saturday for allegedly driving under the influence after he nearly crashed into a Seattle police vehicle, a report said.

TMZ, citing a representative from the Washington State Patrol, reported that authorities accused Fualaau of driving erratically in the early morning hours and performing “poorly” in a field sobriety test. The report said the test result was not disclosed. WSP did not immediately respond to Fox News for clarification. 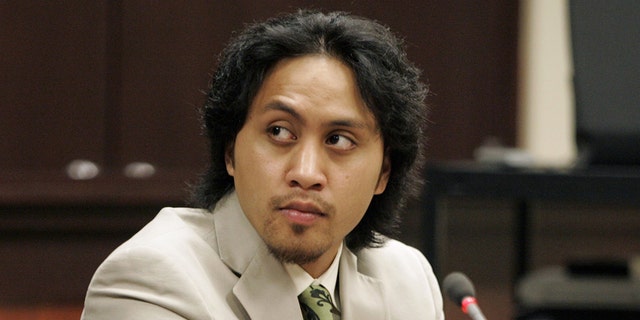 He was booked at the Snohomish County Jail on a DUI charge, the report said.

Fualaau is the estranged husband of the late Mary Kay Letourneau. She was a Seattle teacher who was convicted in 1997 for raping him when he was 12. They would later marry after she was released from her prison stint.

The two had previously characterized their relationship as one of love, and even wrote a book together — “Un Seul Crime, L’Amour,” or “Only One Crime, Love.” Their story was also the subject of a USA Network movie called “All American Girl.”

King County court records show Fualaau asked for a legal separation from Letourneau on May 9, 2017. She died in 2020 of advanced colon cancer, according to her lawyer.