Village layby near Amazon site which became littered with toilet paper, bottles of urine and human faeces is shut after ‘angry and disgusted’ locals slammed HGV drivers who parked there illegally and used it as a makeshift toilet

A layby near an Amazon site was shut for good after residents were left horrified by a pile-up of human faeces, bottles of urine and toilet paper.

Families living in Tursdale, County Durham said they were ‘angry and disgusted’ after hauliers illegally parked and used the village as a makeshift rest stop; and toilet.

The deluge of waste in the layby and adjacent field had become a daily occurrence after Amazon moved onto the estate last year, claimed residents. 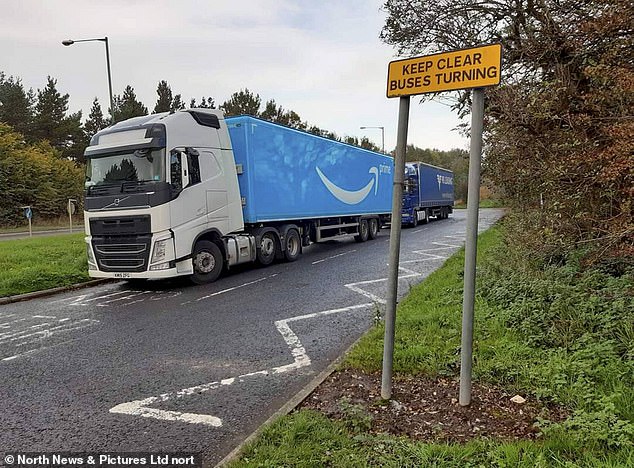 One parent had even captured a truck driver urinating in public, in broad daylight, while others feared walking their pets in the area.

Durham County Council has now confirmed the layby, near the Integra 61 Industrial Estate, has been closed and will not be reopening after several months of discussions and consultations.

Amazon previously said it took the concerns raised ‘very seriously’ and that any disruption caused by subcontractors did not reflect the ‘high standards’ of the company. 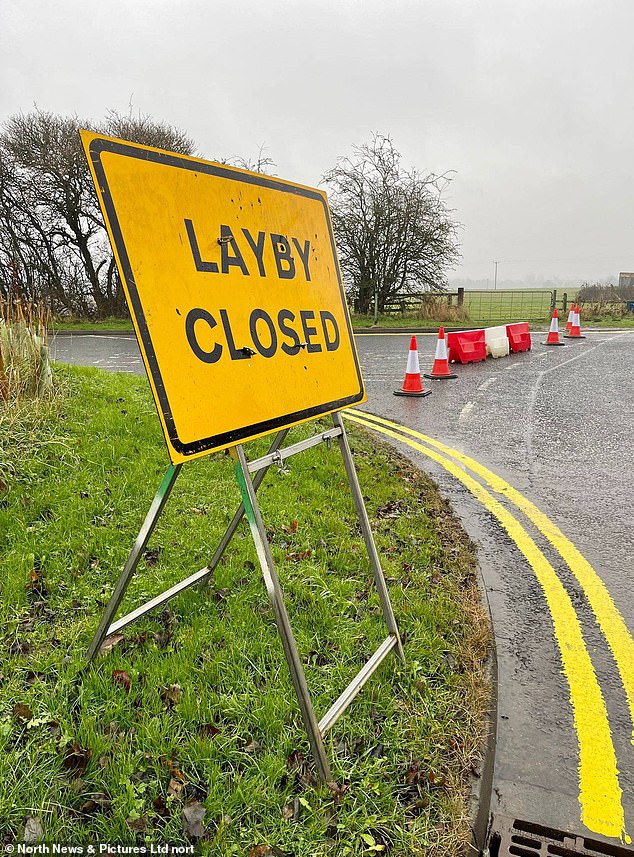 A layby (pictured) near an Amazon site was shut for good after residents were left horrified by a pile-up of human faeces, bottles of urine and toilet paper

One resident who has lived in the village for more than 40 years said: ‘The decision has been well received as it’s been an extremely difficult situation, we’re now all just hoping that this will eradicate it.

‘If you’d have asked any of us, it was still the same as it was a year ago – human waste continued because nothing was being done.

‘It’s all now blocked off, they have also been to put down double-yellow lines in the turning circle right along to stop them parking.

‘What is now proposed to happen is there will be two big gates at either end of the layby, but we were expecting that to happen in November.’

Concerns about the layby first emerged last December and residents said they had been ‘completely let down’ after reporting the problem to the council on a number of occasions.

Villagers claimed up to five lorries would park ‘at all times of the day and night’ despite signs asking drivers to keep the area clear.

Some took photos showing the lorries, ‘not just’ those serving Amazon, which could be seen double-parked and in some cases blocking the layby completely. 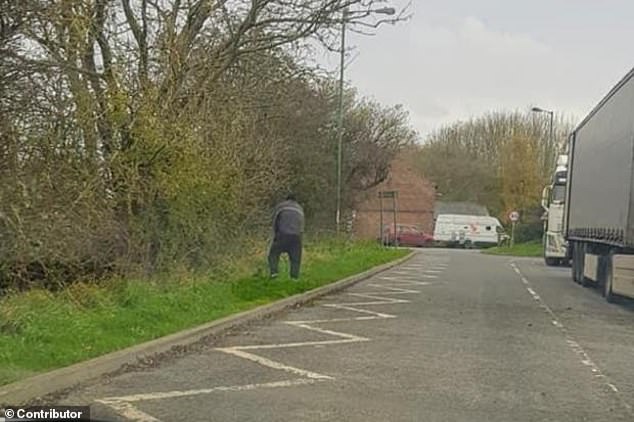 One parent had even captured a truck driver urinating in public, in broad daylight, last year

‘We therefore consulted on a traffic regulation order to ban all vehicles from using the layby.

‘Following just one objection, the matter was considered by our Highways Committee in September.

‘The committee endorsed the decision and we were able to proceed with the closure.’

In response to concerns previously raised, Amazon said it strived to be a ‘good neighbour’ and that it was taking matters raised by residents ‘very seriously.’

A spokesperson said: ‘Amazon strives to be a good neighbour and we take this matter very seriously.

‘Any disruption caused by drivers does not reflect the high standards we have for our carrier partners and their drivers. ‘We have informed our carrier partners about the concerns raised and continue to reinforce and remind them of the correct driver behaviour guidelines.

‘We expect all of our carriers to comply with these guidelines.’

Earlier this month villagers in Hoo, Kent, erected a roadside toilet for Amazon lorry drivers after being fed up with truckers defecating next to their vehicles.

Locals had been complaining for more than two years about HGV drivers visiting an Amazon warehouse.

Workers park on grass verges along busy roads before leaving the mess to be cleared up afterwards, residents had said.