Virgin cabin crew are threatening to walk out over the busy Easter period over claims the airline is planning to cut their pay below minimum wage.

Sir Richard Branson’s firm wants to cut flight attendants’ pay packets by slashing their annual benefits, worth £7,500, in half, according to insiders.

This would take their salaries below the UK minimum wage, which is currently £7.83 an hour – due to rise to £8.21 next month, despite a small increase in net pay.

Company sources told the Daily Telegraph Virgin air stewards are planning a strike over Easter, when hundreds of thousands of Britons are due to fly.

Angry whisteblowers also claim Branson is trying to create a ‘smokescreen’ over the issue by relaxing rules on female staff wearing make up. 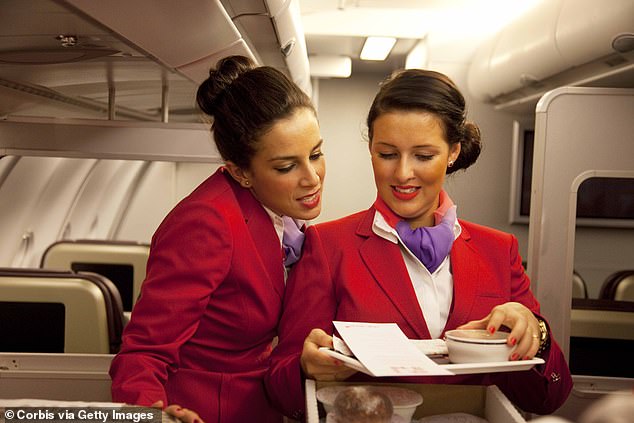 Sir Richard Branson wants to cut Virgin flight attendants’ pay packets by slashing their annual benefits, worth £7,500, in half, according to insiders. File image

There are also concerns the alleged pay cut could widen the airline’s gender pay gap – as the majority of its flight attendants are women and pilots are men, who remain unaffected.

Virgin has reported one of the largest differences in men and women’s pay in the country. It increased from 28.4 per cent to 31 per cent over the past year. Company sources claim Virgin air stewards (pictured)  are planning a strike over Easter, when hundreds of thousands of Britons are due to fly

A Virgin source told the newspaper staff are furious over the ‘unfair’ changes.

They said: ‘Even though we keep getting told we’re doing a great job and meeting targets and even bettering them so we’re boosting the reputation of the company, we’re not being shown that in kind with pay. We’re one of the worst paid cabin crew in the UK.’

A spokesman told MailOnline: ‘We are currently in negotiations with the Unite Union regarding our Cabin Crew pay deal.

‘The offer represents a definite increase in Cabin Crew salaries and categorically does not take any of our people below the national minimum wage.

‘On the whole, the new package (group pay and allowances) offered to cabin crew will make them better off than before.

‘Our Cabin Crew are at the heart of Virgin Atlantic and we’re committed to offering a pay deal that is competitive for such an important part of our workforce.’ 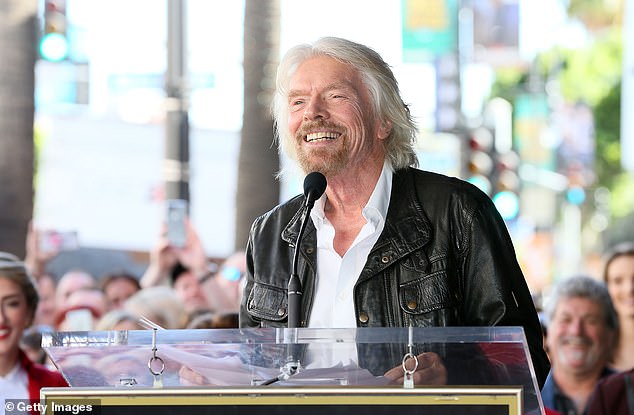 The High Court had to intervene to block Virgin pilots going on strike over the Christmas break last year.

They planned to walk out for four days over proposed changes to their benefits.

Airline staff have large benefits packages to pay for their accommodation, food and drink when they fly overseas.

But the festive strike was declared unlawful by High Court judges, saving hundreds of thousands from their flights being cancelled – amid extra drone chaos at Gatwick Airport.

Virgin last year ruled its air stewardesses, who are famous for fronting its glamorous TV adverts, no longer have to wear make-up.

Bosses said they were making the move in order to allow cabin crew ‘more choice on how to express themselves at work’. 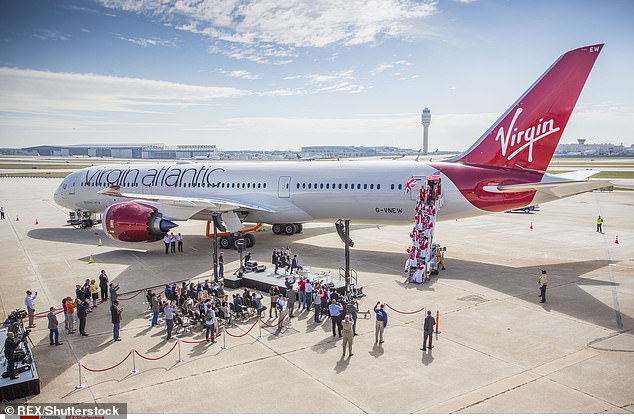 Virgin denies the claims and has been contacted by MailOnline for further comment. File image