The world remains in shock after the 850-year-old cathedral burst into flames and saw its spire collapse.

Parisians watched on as Notre Dame burned and firefighters battled to save the building and the priceless relics inside.

“Putin expressed the hope that the great cathedral will be restored”

The Kremlin press service said: “Putin expressed the hope that the great cathedral will be restored.

“He suggested sending the best Russian specialists to France.

“They have extensive experience in restoring monuments of world cultural heritage, including works of medieval architecture.”

Putin’s culuture ministry also called the fire a “lesson for us all about the need to protect cutural heritage sites”.

French police have launched a probe in the fire – but the leading theory is the blaze was started accidentally during renovation work. 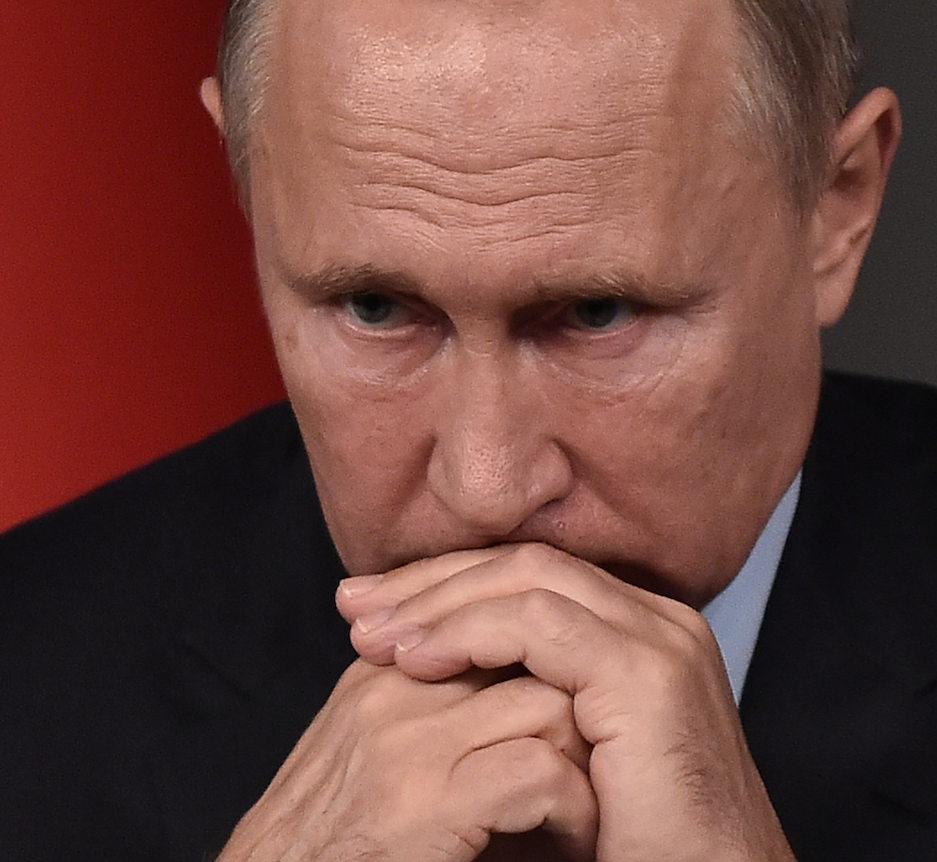 Firefighters have confirmed they have fully extinguished the catastrophic blaze – with hundreds of brave crew tackling the blaze through the night.

Emergency services had been battling to stop the fire wreaking complete destruction of the treasured facade after flames torched the roof.

The inferno already sent the cathederal’s spire crashing to the ground before crowds of horrified Parisians.

Police and firefighters formed a “human chain” rto recover what treasures they could from the 850-year-old Gothic masterpiece. 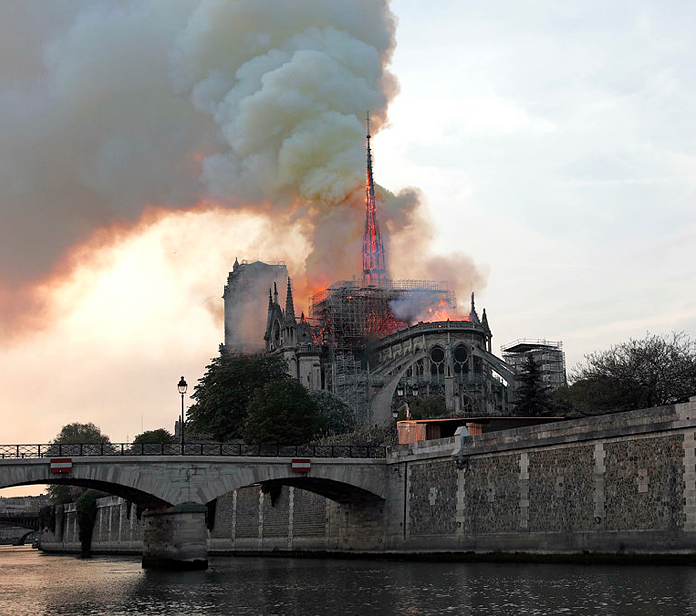 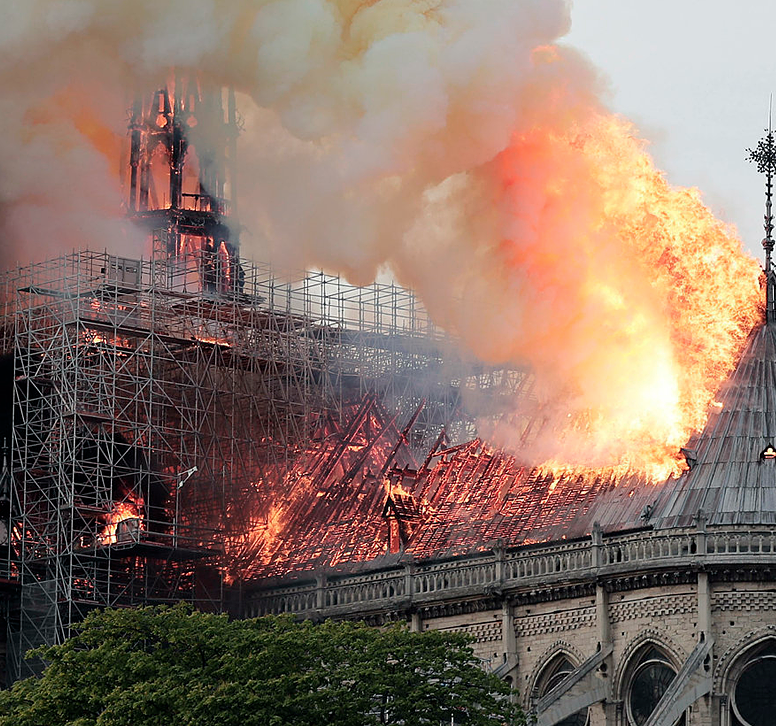 Britain also stands ready to help with the rebuilding of Notre Dame Cathedral after the devastating fire in Paris, according to UK ambassador to France Ed Llewellyn.

Llewellyn said he has been in touch with Culture Secretary Jeremy Wright about what assistance Britain can offer, saying the Government is looking into the matter.

Speaking to BBC Radio 4’s Today programme, he said his “heart goes out to the people of France” after the huge blaze ripped through the 850-year-old cathedral in the centre of Paris.

Mr Llewellyn, who has been at the scene, said the famous building was “wounded” but “still standing defiant and very, very beautiful”.

He paid tribute to the “genuinely heroic efforts” of firefighters and said some of the structure has been saved and the “damage is less than feared”. 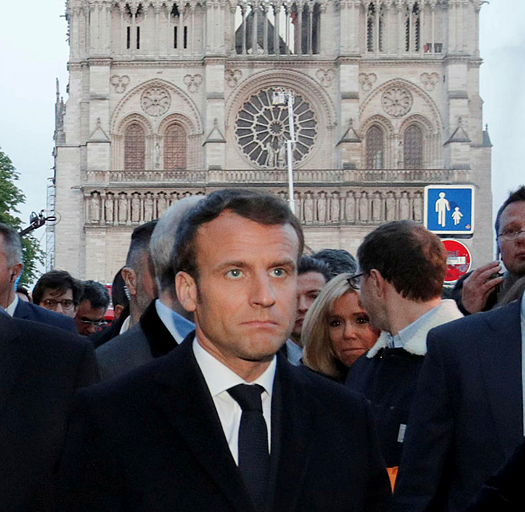 Donations have poured in to rebuild the national monument, while French president Macron said a national subscription would be launched when he visited the scene on Monday night.

And it following a reported 100 million euro (£86 million) donation from another French billionaire, Francois Pinault, the husband of Salma Hayek.

Paris fire chief Gabriel Plus said emergency services are currently “surveying the movement of the structures and extinguishing smouldering residues”.

Mr Plus said that now the fire is out, “this phase is for the experts” to plan how to consolidate the edifice. 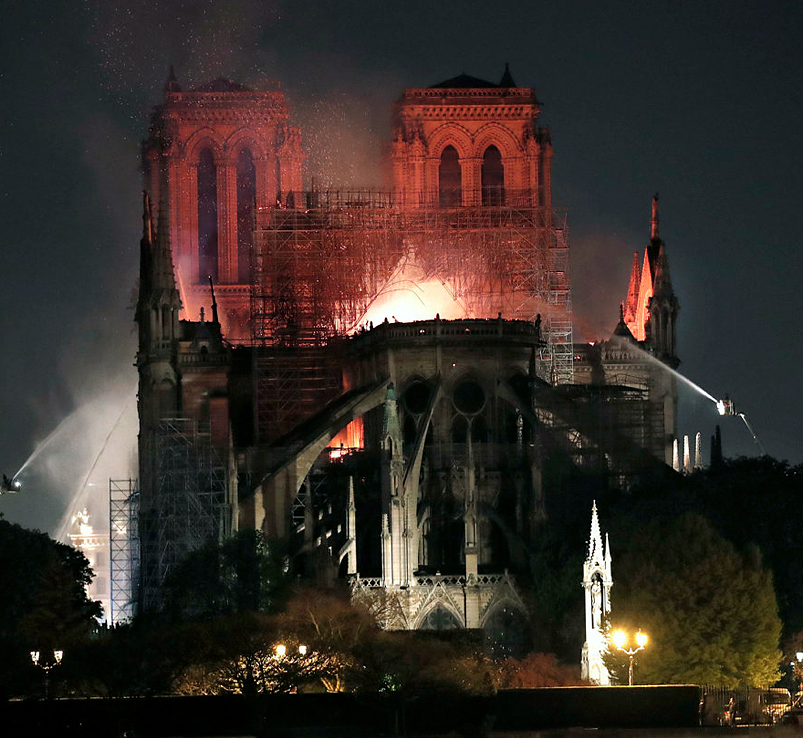 Experts are assessing the blackened shell of Notre Dame to establish the next steps to save what remains of the structure.

French junior interior minister Laurent Nunez announced that architects and other experts would meet at the cathedral early on Tuesday “to determine if the structure is stable and if the firefighters can go inside to continue their work”.

Notre Dame is one of Paris’s oldest and most recognisable buildings, and work began on it in 1163.

The original structure was completed nearly 200 years later, in 1345, and its name literally translates to “Our Lady of Paris”.

Some 13 million people now visit the Catholic landmark every year – more than 30,000 every day on average – according to its official website, and it is believed to be one of the most visited structures in the French capital.

Chinese Zodiac Signs: What is a Metal Snake and what year is it?

The variant first detected in India is forcing the U.K. to speed up delivery of second doses of vaccine.

More travel firms will go bust in the 'coming weeks'