CCTV operator, 34, at Westfield shopping centre avoids jail after being caught with 45 child abuse images and claiming he downloaded them while trying to catch ‘real paedophiles’

A CCTV operator at the Westfield shopping centre was caught with 45 indecent images of children which he claimed to have downloaded to catch ‘real paedophiles’.

Terry Simms, 34, said he had downloaded the images when he was trying to catch real paedophiles, Inner London crown court heard.

Police traced his internet address from a category C image that was uploaded to be shared with other users in 2016. 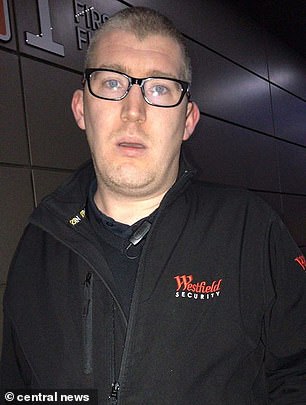 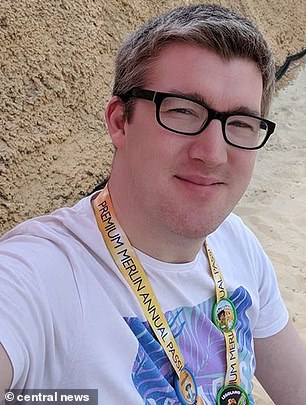 Terry Simms (pictured), 34, said he had downloaded the images when he was trying to catch real paedophiles

‘Social services have been involved and are aware and have closed your file.

‘You have two character references which both speak highly of you. You have the support of your employer in the potential loss of your licence.’

Simms stood in the dock wearing a grey suit with glasses and a striped tie. His sexual harm prevention order prohibits him from possessing any device that accesses the internet unless it keeps the history of internet use and that he notifies the police that he possesses any such device.

Simms is also prohibited from deleting the internet use of that device, installing any programme that can delete user history or installing any dark web browsing programme.

He is also prohibited from installing or using any programme that automatically deletes messages, for example, Snapchat or downloading any type of peer to peer sharing programme.

Destruction of his desktop computer and Chromebook was ordered. Simms, of Clapham, admitted possessing indecent photos of children.

He was sentenced to a two year community order requiring that he follow an accredited programme for 20 days and rehabilitation requirement for 30 days.

MailOnline understands that he was employed by the company Securitas, which oversees the shopping mall’s security. 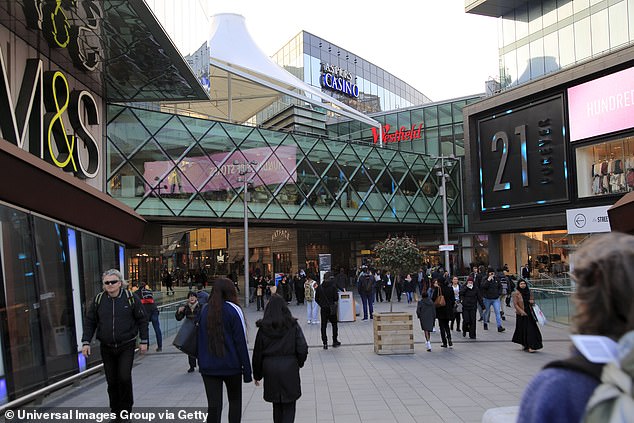 Pictured: Westfield Stratford City in East London, where Simms was the CCTV operator

Simms no longer works at Westfield Stratford City or any of its other shopping centres.

According to his Facebook page Simms has also worked as a security officer at Apple Inc.

Facing Hurricane and Wildfire Seasons, FEMA Is Already Worn Out

COMMENTARY: How Donald Trump is taking a page out of the autocrat playbook