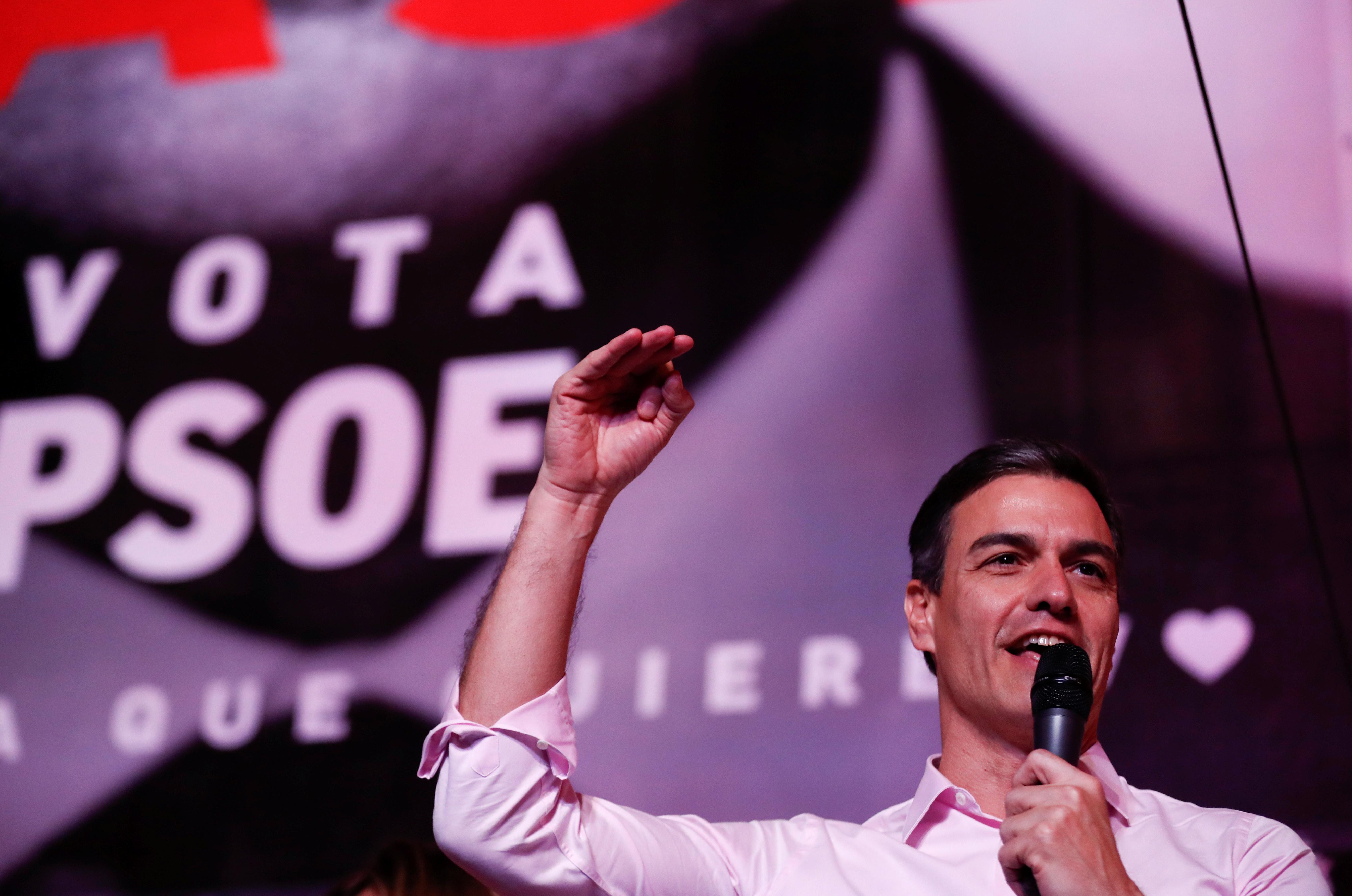 Here are the likely next steps:

Sanchez will approach other parties in an attempt to find common ground to form a government. The talks could last weeks if not months.

A new government needs an absolute majority in a first round parliamentary vote to take office. In a second round vote only a simple majority is necessary.

If the candidate fails to pass these votes, the clock starts ticking on a two-month deadline for deputies to choose a new prime minister before parliament is automatically dissolved, and another election scheduled to take place 54 days later.

WHAT IS THE MOST LIKELY OUTCOME?

Most analysts believe the most likely result is a coalition government of the Socialists and leftist Podemos, although they would not have a majority.

At the last count, the Socialists had won 123 seats in parliament and Podemos 42. That leaves them 11 seats short of a majority in the 350-seat parliament and means they would still rely on smaller parties, most likely Basque nationalists or Catalan separatists, to go ahead.

The picture could still change slightly as the election count is finalised in the first weeks of May.

If talks between the Socialists and Podemos fail, Sanchez could contact center-right Ciudadanos, which became Spain’s third-biggest party after Sunday’s vote with 57 seats in parliament. The two parties would have a majority and many in the financial markets see this as the preferred option.

So far neither party has backed this option. Ciudadanos leader Albert Rivera has told supporters his party would lead the parliamentary opposition to Sanchez while Socialist backers chanted “with Rivera, no!” at a post-election rally on Sunday.

Alternatively, senior members of Sanchez’s government have suggested they could continue to govern with a minority of seats, as they have since taking office last June.

HOW LONG WILL IT TAKE?

After discussions with the parties, King Felipe faces no specific deadline to propose a candidate.

There are regional and local elections on May 26 – the same day as European parliament elections – which will delay talks to form a government. That means a new government is unlikely to be ready until June or July.

UK weather forecast – Britain to be hit by thunder, 50mph gales and rain this weekend as monsoon rages on