Not one person has contacted Sweatmaster Health and Fitness in Hampton to sign up for the gym since Victoria’s fourth COVID-19 lockdown.

The Melbourne bayside gym had finally clawed back almost 80 per cent of its membership after more than a year of the pandemic, and then another outbreak took away the gains. 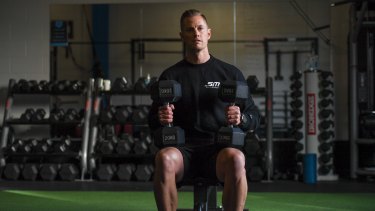 Co-owner Leigh Witney estimated 20 per cent of members left during the three-week June shutdown, costing between $5000 and $7000 a week. Expensive overheads still needed to be paid but the federal government’s JobKeeper wage scheme had ended.

Fitness studios opened again on Friday, a week after stay-at-home rules were lifted in Melbourne. Masks still need to be worn inside but can be taken off during exercise, and there is a limit of 50 people at each indoor facility or 10 per class.

People did not want to pay for a service that could be cut at any moment and many clients had lost work themselves, he said.

Amanda Miller, from Brunswick pole and burlesque studio Bottoms Up Dance, said the fourth lockdown was particularly hard on her and her co-director’s mental health.

“This is the first time that we have gone, separately, but at the same time, ‘What’s the point?’ ” Ms Miller said.

She said the dance studio lost about $14,000 each week for three weeks, after a strong start to the year. 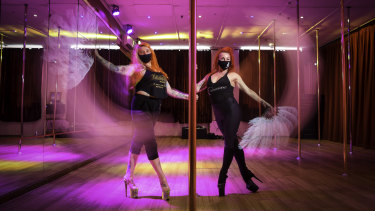 Ms Miller said bookings for short courses had dried up because of the uncertainty, and she was reluctant to promote a seven-week beginners’ course starting in August out of concern it could not go ahead.

She is resigned to enduring more lockdowns because of Australia’s delayed vaccine program and lack of dedicated quarantine facilities.

Ms Miller hoped Victorian authorities would work harder to consult the industry on more nuanced rules which recognise that different exercises and studios carry different risks. If not, bigger support packages were needed, she said.

“A bridge has to be found, or we will die. Our business will die,” Ms Miller said. “It feels insurmountable.”

The Victorian government offered a $2500 payment for businesses and a $2000 top-up during the fourth lockdown, which Mr Witney and Ms Miller said was not enough.

Both business owners said they relied on contractors for teachers and personal trainers, most of whom received little government support, and felt those workers could leave the industry permanently.

Mr Witney was confident of holding on, but does not think fitness will get back to being the booming industry it was.

Australia to reveal big-spending plan for next fiscal year