Home » World News » Who is park police officer Peter Chang and what did he say at Derek Chauvin's trial?

MINNEAPOLIS park police officer Peter Chang was called on by the defense to testify in the trail of Derek Chauvin on April 13.

Chang was stationed at a nearby park the day of George Floyd's death, when he heard a dispatch on his radio asking for assistance. 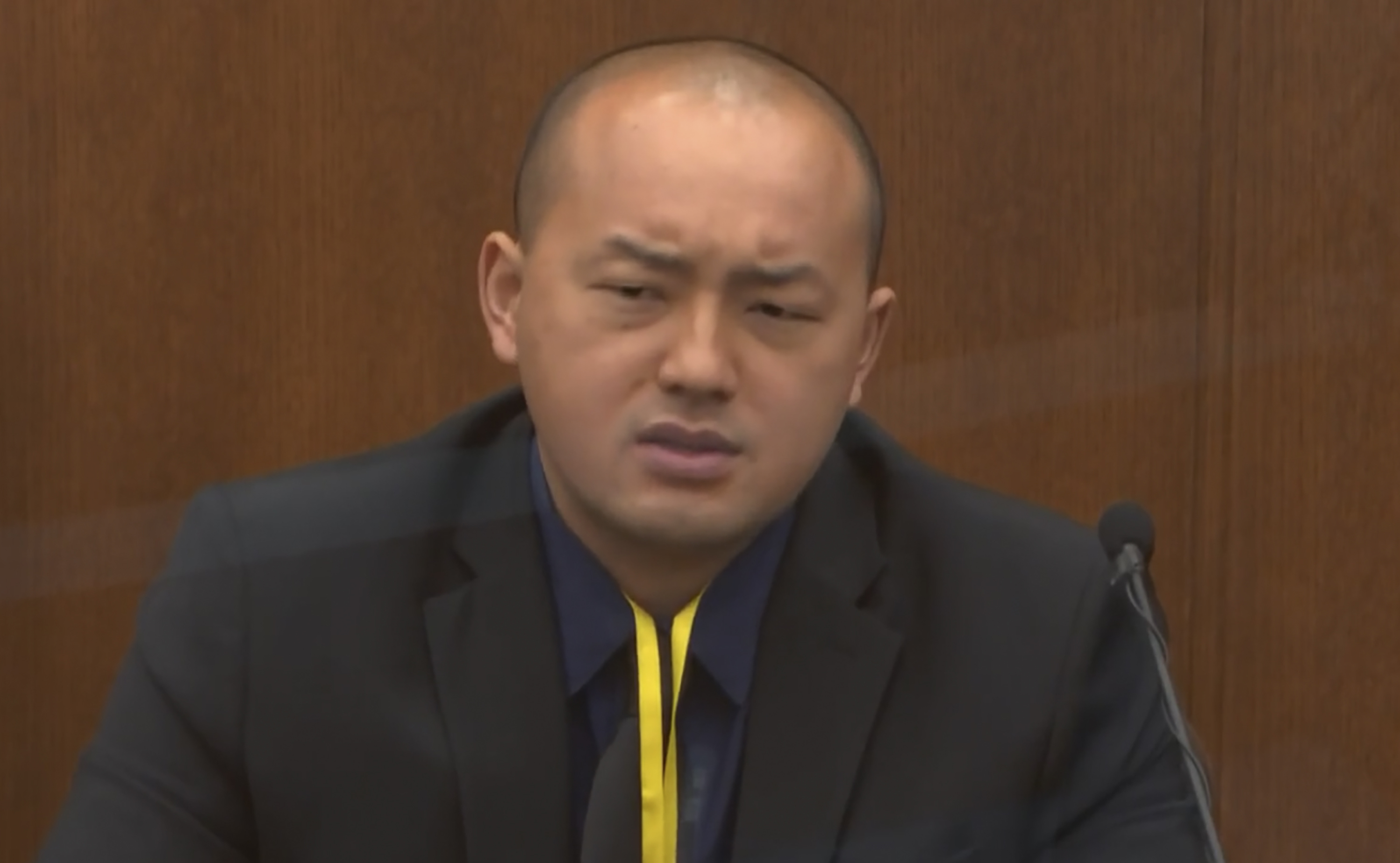 Minneapolis Park Police officer Chang was called on by the defense to testify on April 13.

Chang was one of six witnesses called by the defense in its first day on Tuesday, April 13.

His testimony was designed to show his concern about the safety of the officers who struggled with Floyd and were simultaneously being criticized by bystanders. 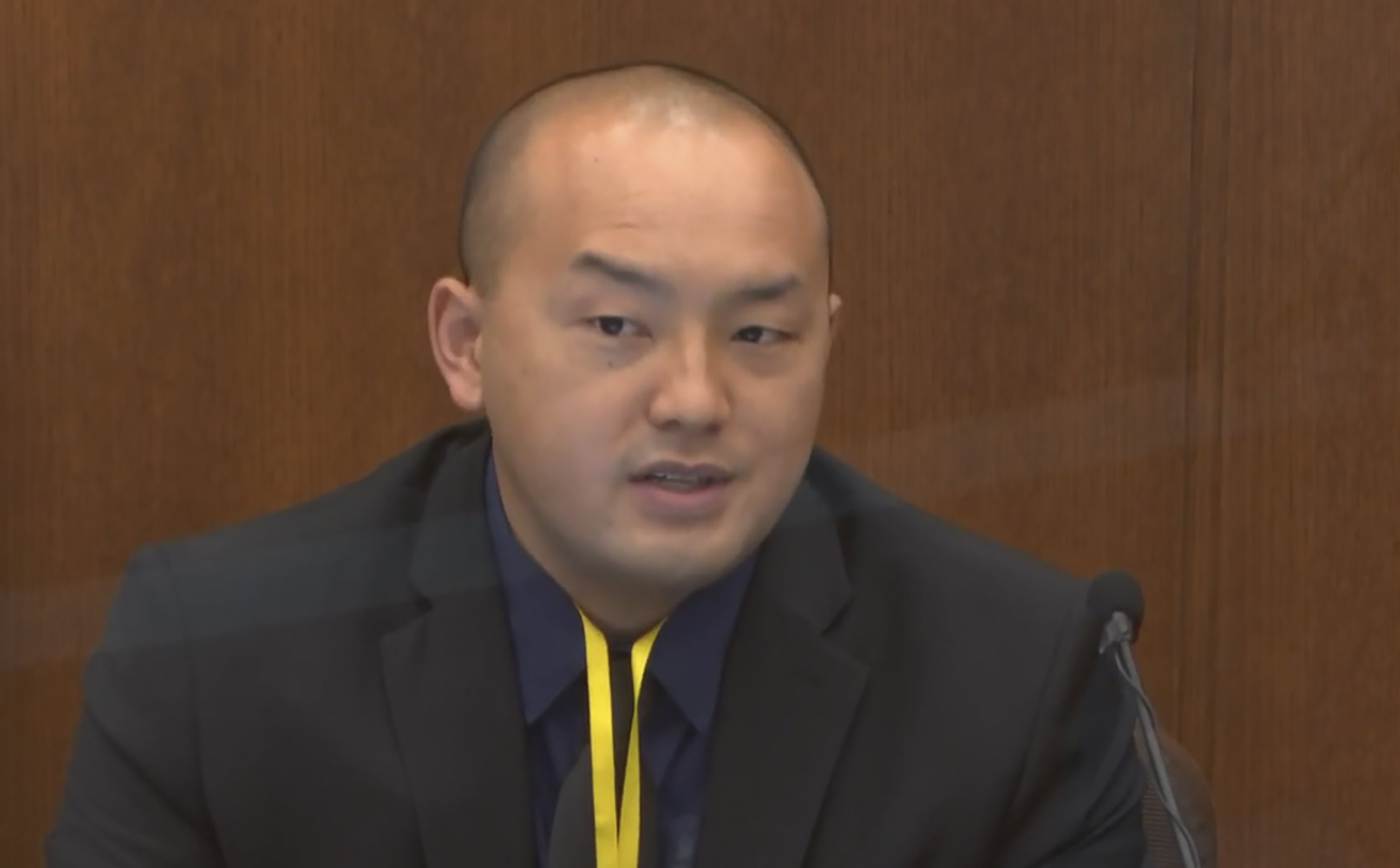 What did he say at Derek Chauvin's trial?

Chang told the court that the crowd of bystanders that gathered on the sidewalk during the May 25, 2020 incident became "very aggressive towards police officers" and was "concerned for the officers' safety."

Video from Chang's bodycam was then shown. Defense attorney Eric Nelson had explained to the judge earlier that the footage would be a way to show how another officer reacted to the events that day and to reflect bystanders' reactions to what they were seeing.

He described the scene when he arrived: "Floyd was in handcuffs, sitting on the ground, leaning against the wall."

In the bodycam footage, Chang can be seen pacing to and forth – movement he explained to Nelson as due to checking on his fellow officers’ safety and the two friends of Floyd who were with him that day. 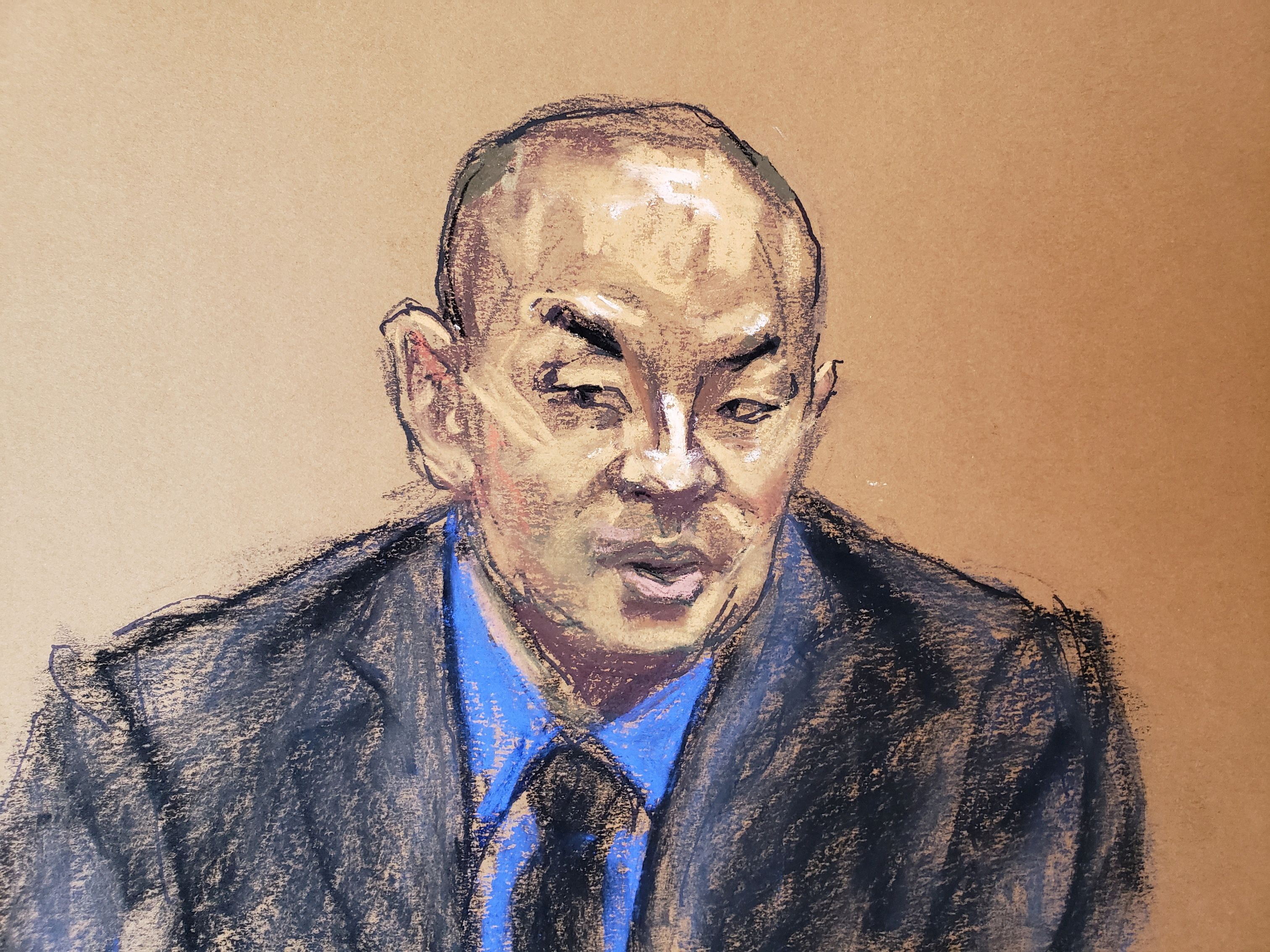 What was shown on Chang's bodycam video?

The footage begins with Chang behind the wheel of his squad car, with the siren blaring.

He pulls up to the scene, where Floyd can be seen sitting on the ground, handcuffed with his hands behind him as an officer stands next to him.

Another officer speaks to two other nearby people, as Floyd gives his name to the officer, spelling it out.

A Minneapolis police officer asks Chang to run Floyd's name through the computer system, so he takes the piece of paper with Floyd's name back to his car to look it up.

In the next video section, Chang leaves his car, and an officer asks him to stand by the SUV Floyd had been driving, to keep an eye on the vehicle and two passengers who had been inside it.

Those individuals were Shawanda Hill, who also testified, and Morries Hall, a friend of Floyd's. 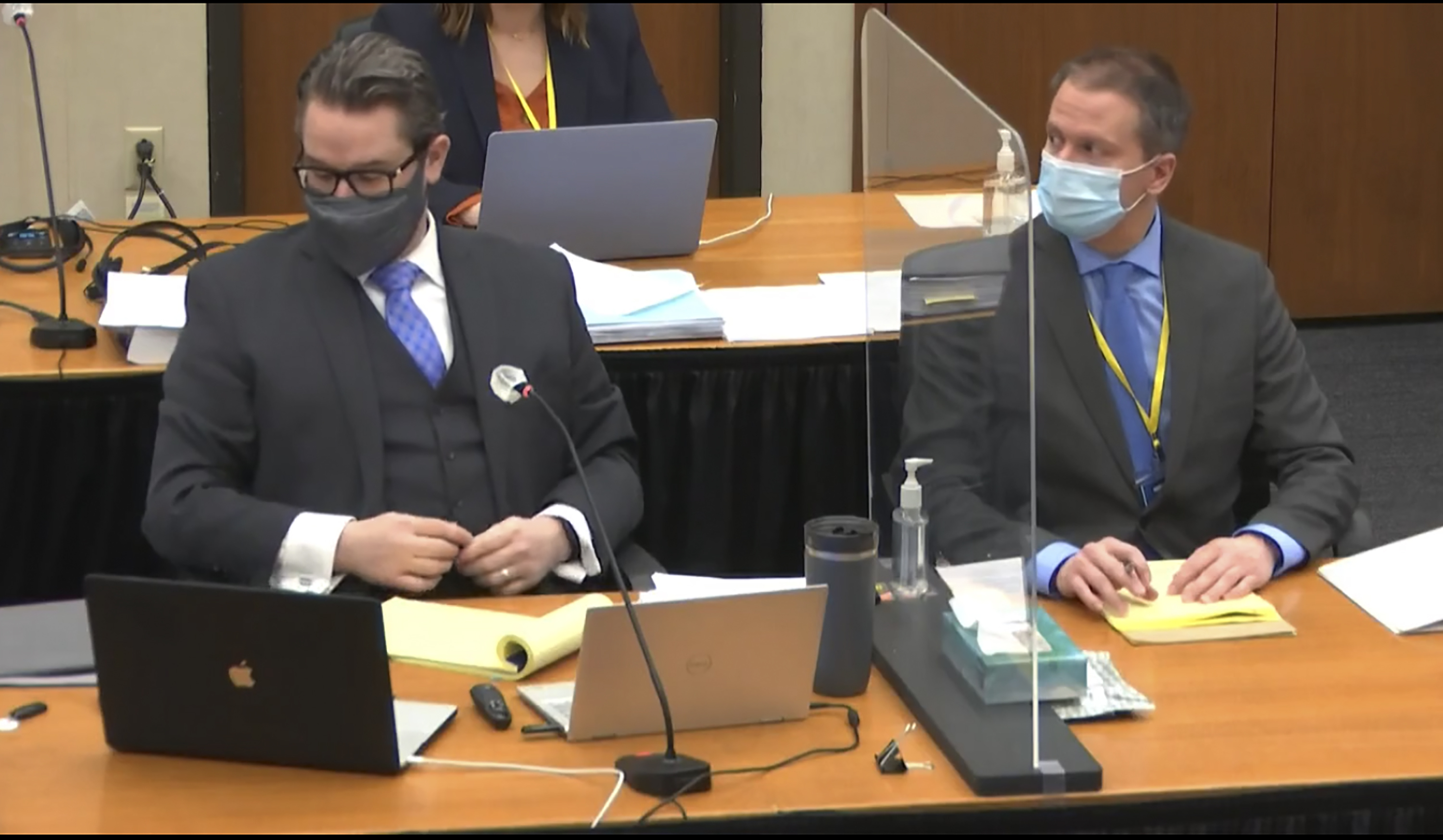 Chang instructs Hill and Hall to stay away from the car and he asks them how they know Floyd, as Hill identifies Floyd as "my ex".

While Hill and Hall wait to be allowed to leave, they observe from across the street Floyd's interaction with police.

"Damn, he still won't get in the car. Just sit down, dude," Hill can be heard saying. "They gotta push him in this car. Look, he fightin' to get out.

"We'll see what happens," Chang says and tells them again to stay put.

Chang and the two passengers continue to remark on what's happening across the street, though they apparently do not have a view of Floyd being held on the ground. 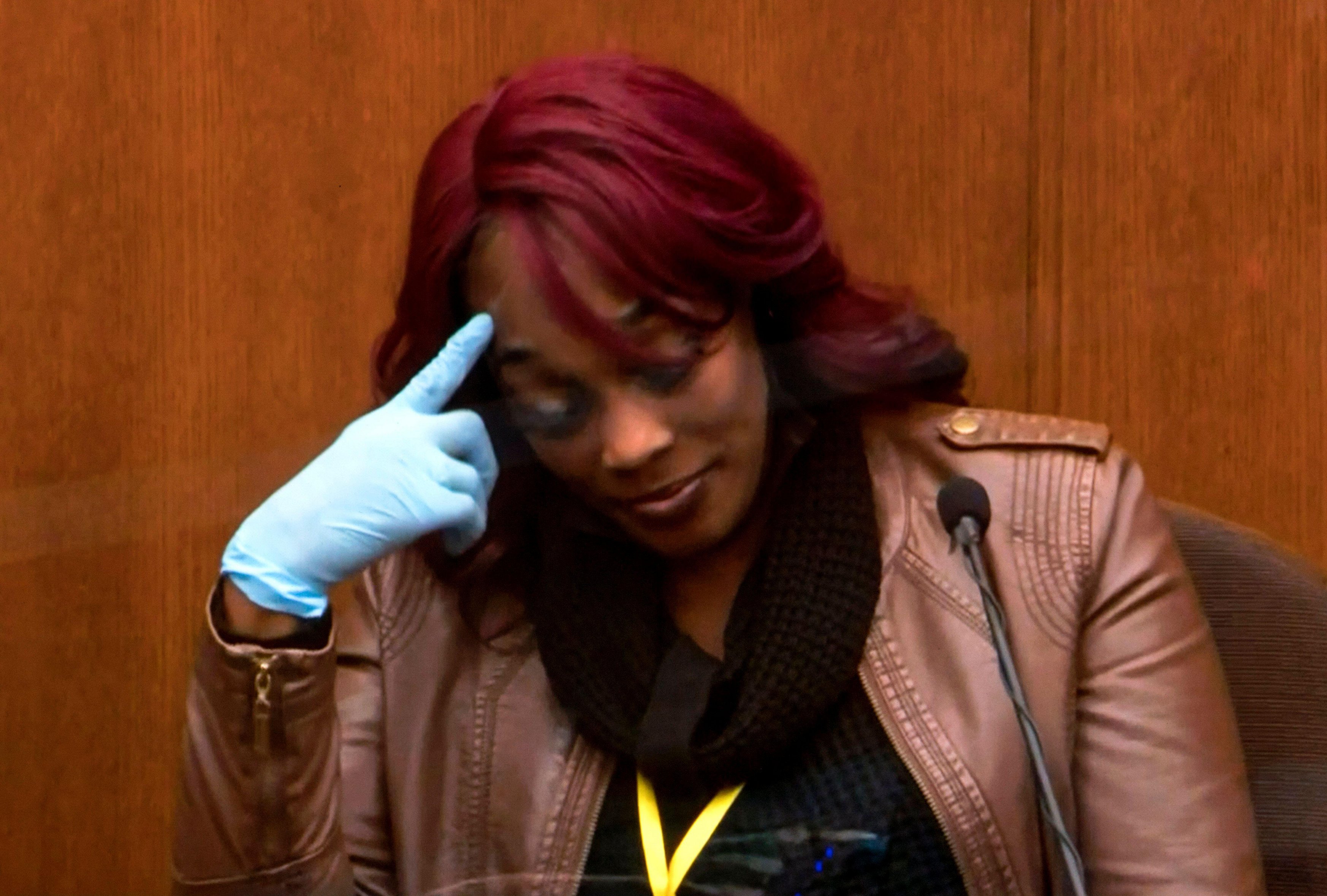 A few minutes later, Chang tells Hill and Hall that an ambulance has come for Floyd.

"He might have hurt himself," Chang says. "Who knows."

Hill calls across the street, "Why's he going to hospital?!"

During cross-examination, prosecutor Matthew Frank asked Chang about the dispatches he had heard over his radio, which carries the same communications used by the city police.

He said he considers those officers his partners when he is working the scene.

Chang said he heard a call for backup and initially used lights and sirens, though he turned them off before he arrived.

When he arrived, Chang said he heard the officers already assigned call a "Code 4," indicating the scene is under control. 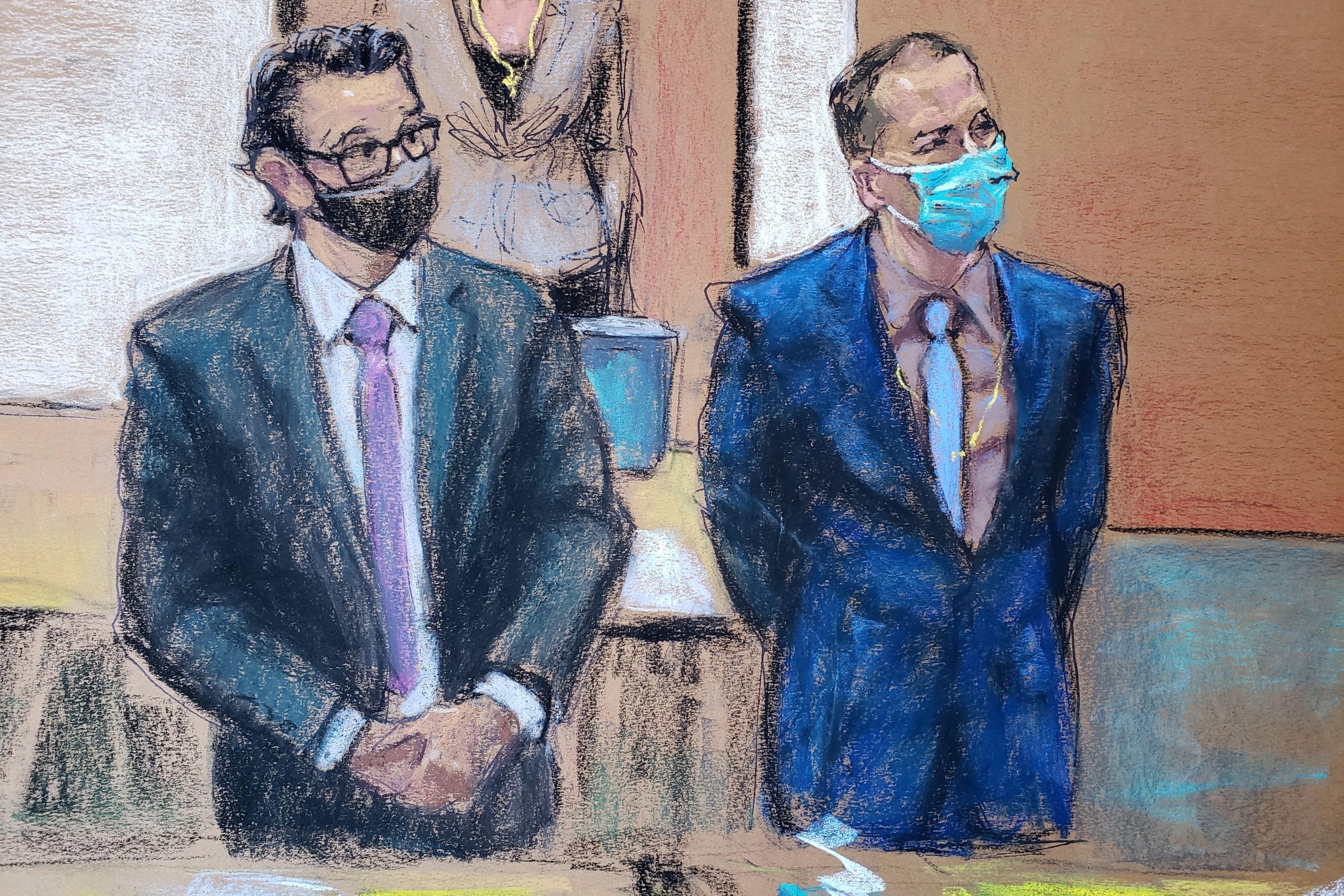 Chang testified that when he got out of the car and saw Floyd sitting on the sidewalk, Floyd seemed pretty peaceful and not agitated or upset.

Chang affirmed that from across the street, he could not see what was happening with Floyd.

But the four officers across the street seemed fine, Chang agreed, and if they had radioed for help, he would have heard it, but they never did.