Home » World News » Who is rock climber Alex Honnold, what's Free Solo and is he in Valley Uprising?

THE most famous rock climber in the world released a documentary about climbing a 3,000-foot vertical rock face with no ropes in September.

But who is Alex Honnold, the fearless star of Free Solo? Here's what you need to know about him. 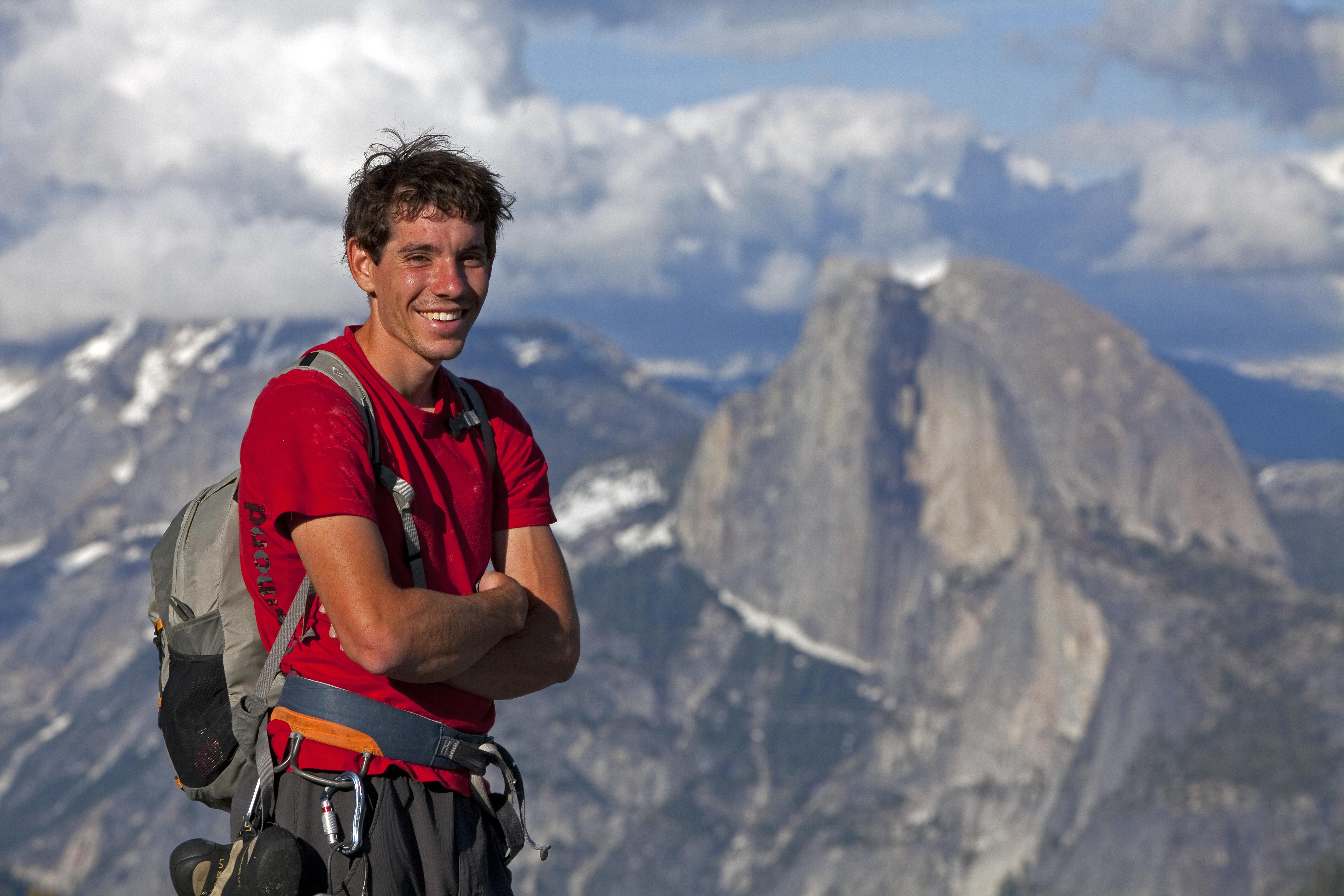 Who is Alex Honnold?

He is a 33-year-old rock climber who recently rose to fame after climbing the world's most famous rock face, El Capitan, without any ropes, a style of climbing known as free soloing.

Alex free solo climbed the 3,000-foot vertical wall, the first person in the world to do so.

Born in Sacramento, California, Alex began climbing at the age of five and dedicated the rest of his life to the activity.

For most of his adult life he has lived in a van or tent, claiming it's the most efficient way to live as a climber. How did Alex Honnold rise to fame?

His climbing career began to take off in 2012, when he solo climbed the Regular Northwest Face of Half Dome, a 2,000-foot wall in California.

The climb was featured in the film Alone on the Wall.

In 2014, his sponsor Clif Bar cut him along with four other free solo climbers, saying they are "taking the element of risk to a place where we as a company are no long willing to go".

Then the peak of his career came in June 2017 when he free soloed El Capitan, in a feat described as "one of the greatest athletic feats of any kind, ever".

Alex's jaw-dropping climb was the subject of his film released in September this year titled Free Solo. 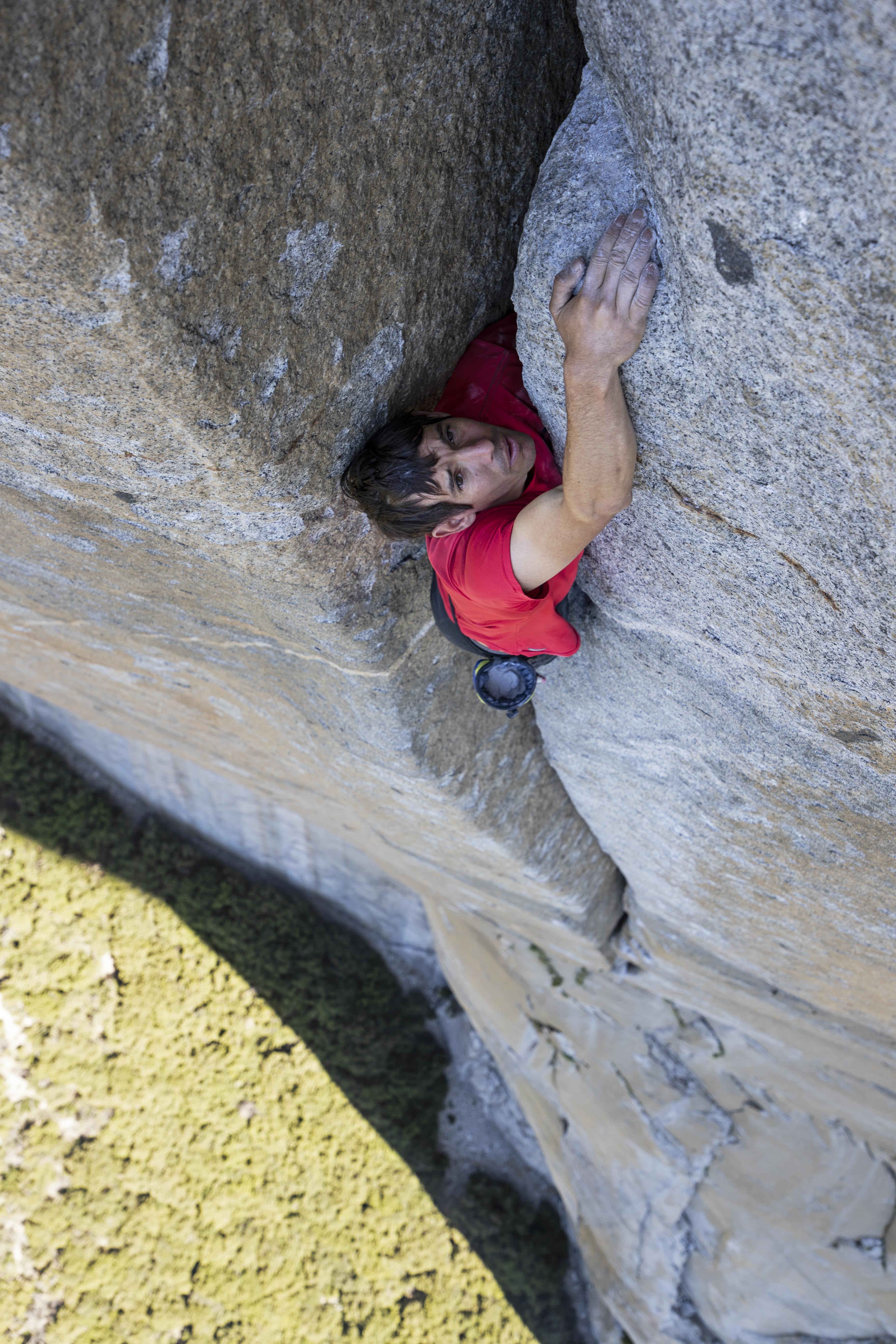 What's the film Free Solo about?

The film follows Alex in his journey preparing to free solo climb El Capitan, the most famous rock climbing wall in the world.

It stands at 3,000 feet and is a vertical climb that appears almost completely flat in some places.

Alex was determined to complete the climb without ropes for over a decade and is the only person in the world do have done so.

In the documentary, directed by Elizabeth Chair Vasarhelyi and Jimmy Chin, we see Alex's strained relationship with his girlfriend due to his obsession with climbing.

There is also a view into how the structure of Alex's brain might have affected his ability to experience fear – a possible explanation for why he was able to overcome the seemingly impossible feat of staying calm whilst always one tiny slip from death.

It has so far been nominated for 19 awards, won six with seven of the nominations still pending. 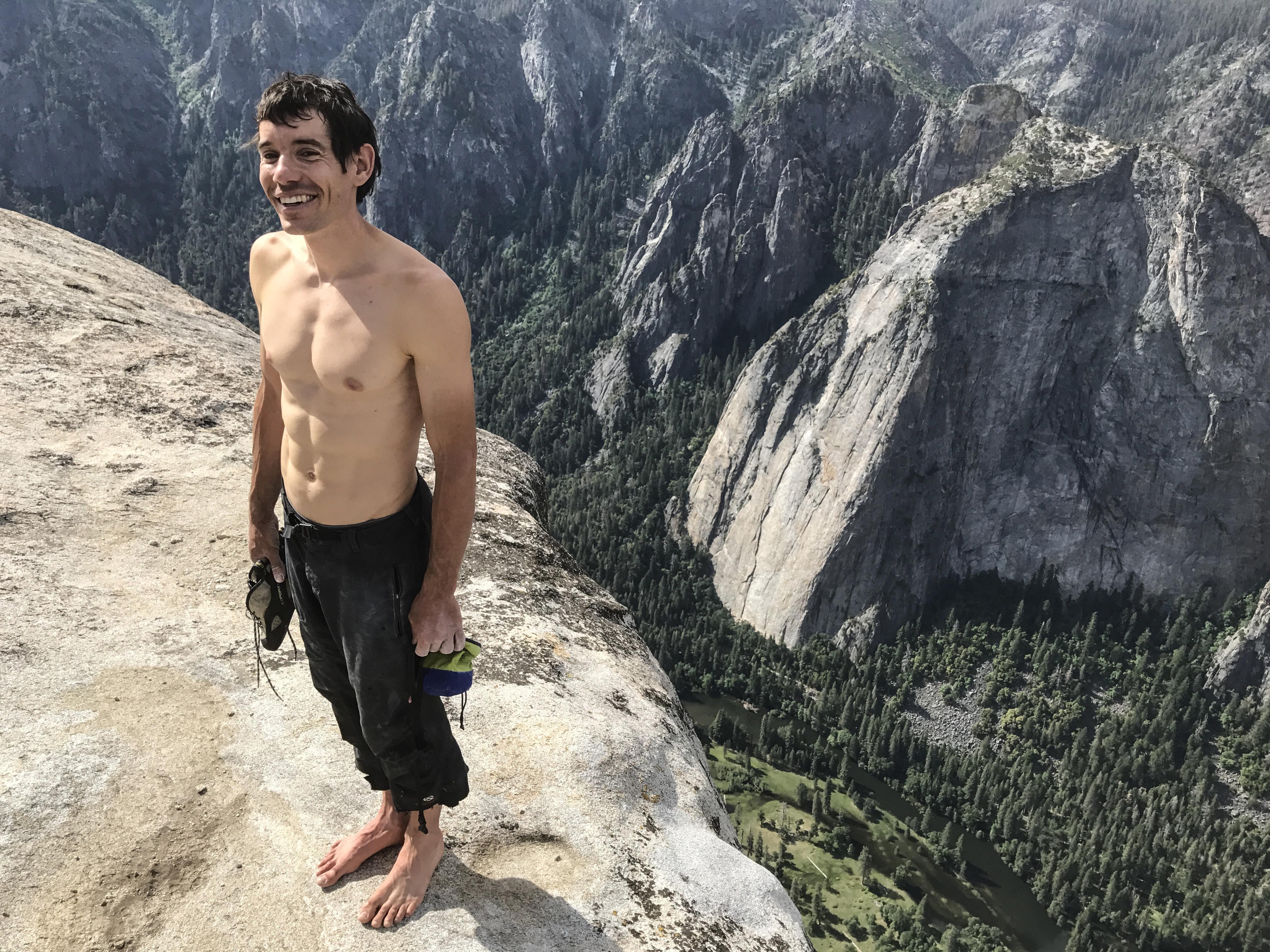 What is El Capitan?

A popular spot for rock climbers, Alex Honnold is the first person to climb the mammoth rock face without using any ropes.

El Capitan was first climbed by Warren Harding in 1958, a challenge which took 47 days and included using fixed ropes along the length of the route.

It took Alex a matter of hours to make the climb using no ropes. Is Alex Honnold in Valley Uprising on Netflix?

Alex is one of the climbers featured in the 2014 documentary, Valley Uprising.

Available on Netflix, it goes into the 50-year history of rock climbing in Yosemite Valley – charting the birth and rise of this rebellious counterculture of bin diving and wild parties that clashed with the conservative values of the National Park Service.

What is Alex Honnold's net worth?

The rock climber has a net worth of $2million (£1.6million).

Despite his fortune, Alex still lives in a van due to its efficiency for his climbing career.

Who is his girlfriend?

Sanni McCandless, Alex Honnold's girlfriend, has a tough time in Free Solo coming to terms with the probability of his death when he climbs El Capitan.

She is a transition coach for adventure focused individuals who want to create more intentional lifestyles.

Living in Las Vegas in the winter and with Alex in his van through the summer, the couple have been through a lot together.

After a doctor approached him at a book signing, concerned with the functioning of his amygdala (the part of the brain that triggers fear), Alex agreed to an fMRI scan of his brain in 2016.

The result of the scan was that he does indeed have an amygdala in his brain, but it wasn't "firing" when he was faced with gruesome images that most wouldn't even be able to look at.

Doctor Jane Joseph who took his scan says: "It could be the case that he has such a well-honed regulatory system that he can say, ‘OK, I’m feeling all this stuff, my amygdala is going off,’ but his frontal cortex is just so powerful that it can calm him down.”