BRIT Simon Nellist was mauled to death by a great white shark in Sydney, Australia, while training for a charity swim.

The 35-year-old was killed by the predator just 150m away from the beach at Buchan Point, near Little Bay in Sydney, in the first fatal attack in nearly 60 years. 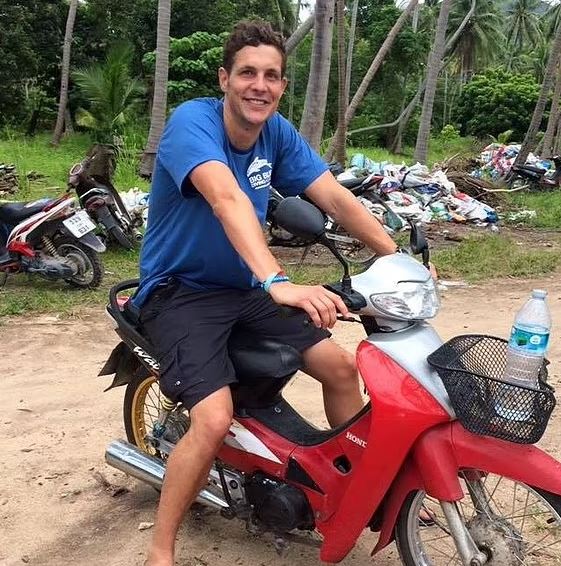 Who was Simon Nellist?

Simon, who is said to be an experienced ocean swimmer and diver, is thought to have family in the UK and a girlfriend in Sydney.

It's believed Simon grew up in the UK and was engaged to an Australian woman.

The Evening Standard reports that he worked as a dive instructor.

What happened to Simon Nellist?

Simon was mauled to death off the Sydney coastline while training for a charity swim, which has now been cancelled.

The British expat's remains were found in the water on Wednesday, February, 16, 2022, afternoon following the horror ordeal.

Witnesses said they heard the victim yell out for help in desperation as the shark pounced just after 4.30pm on Wednesday.

The great white allegedly "attacked vertically" before dragging the man's body out of the ocean.

Expert Lawrence Chlebeck said that the ferocious shark probably mistook the swimmer – reportedly wearing a wetsuit – for a seal when it launched and attacked the Brit.

The 35-year-old was a regular swimmer in the bay where the frenzy occurred, according to local MP Michael Daley.

"The news hit us like a truck because he was one of the people who make this earth lighter.

"He loved the water, he loved diving."

Fisherman Kris Linto told Nine News: "Some guy was swimming and a shark came and attacked him vertically.

"We heard a yell and turned around it looked like a car had landed in the water, a big splash then the shark was chomping at the body and there was blood everywhere.

"It was really bad."

One man described how he was fishing and saw a man wearing a wetsuit swimming across the bay.

He said the swimmer was right in front of him when he was dragged under the water by the shark.

The man told ABC: "He was yelling at first, and then when he went down there were so many splashes.

The shaken man said the attack lasted for several seconds.

He said: "It was terrible. I am shaking. I keep vomiting. It's very, very upsetting.

"He just went down for a swim, enjoying the day, but that shark took his life."

Rescue crews on jet skis and boats frantically hunted for the swimmer before human remains were found in the water and, according to reports, parts of a wetsuit were also recovered.

Shocked witnesses claimed the swimmer was attacked by a 15ft great white.

Anti-war journalist has her home RAIDED by Russian officials