Like Simba working on his roar in The Lion King, real-life wild animals need to learn essential survival lessons when they’re young.

Zander and Stefni Rautenbach Wildlife Photography recently captured a baby elephant in the middle of trying to master one of these lessons: charging.

Zander and Stefni Rautenbach, a husband and wife photography team, spotted a stumbling yet studious elephant while traveling through Kruger National Park in South Africa and decided to start filming the creature.

In the clip the couple captured, the young elephant attempts a series of powerful charges by putting their head down and surging forward. Because of the baby animal’s small stature and uncertain gait, the charges look more silly than scary. Hopefully, practice makes perfect.

After filming the baby elephant, Zander and Stefni Rautenbach posted the video on Facebook and YouTube, where the clip has garnered thousands of views. 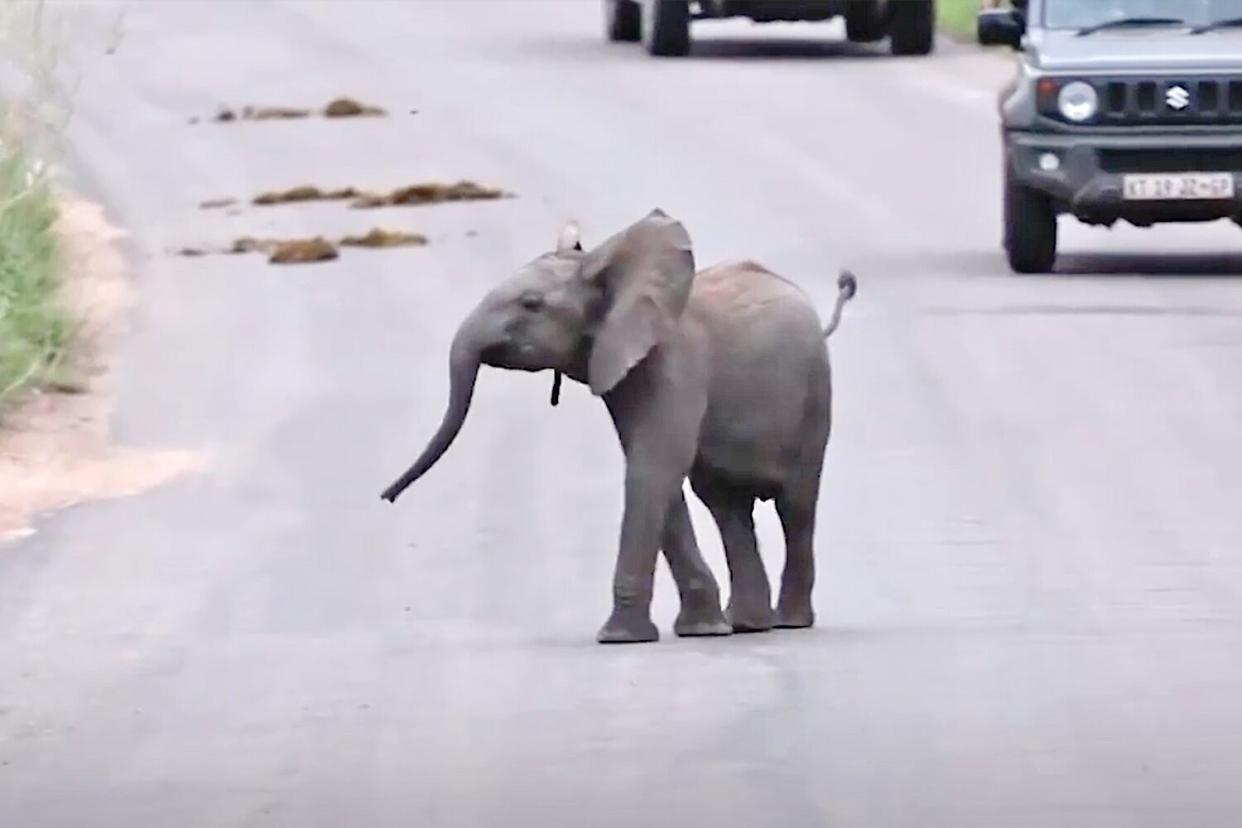 Elephants are “usually peaceful animals” but can charge out of aggression during mating season, while protecting their young, or when sick or injured, according to the South African National Parks website.

Never miss a story — sign up for PEOPLE’s free daily newsletter to stay up-to-date on the best of what PEOPLE has to offer, from juicy celebrity news to compelling human interest stories.

“Elephants may run at the threat in a demonstration or [as a] real charge. Most charges are mock charges which are broken off before the target is reached. However, if an attack is followed through, an elephant is quite capable of killing another elephant, other animals (including humans), or wrecking cars,” the site added.

Woman who sold B.C.’s largest-ever lotto jackpot winner gets record prize of her own