The former foster-parents of William Tyrrell have been charged over the alleged assault of a child.

A 56-year-old woman and a 54-year-old man, who cannot be identified, were each served with court attendance notices and charged with common assault.

These charges do not relate to William Tyrrell. 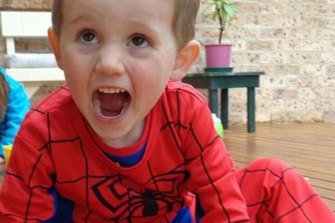 “As part of ongoing investigations under Strike Force Rosann, detectives from the homicide squad received information relating to the suspected assault of a child at a home on Sydney’s upper north shore,” police said in a statement on Wednesday afternoon.

The pair are set to appear in Hornsby Local Court early next week.

Nobody has been charged over the disappearance and suspected death of William from his foster-grandmother’s Kendall property on the NSW Mid North Coast in 2014.