Shall we get the cheque, mate? American woman, 21, and British man, 22, who met playing online chess are reunited and rekindle their romance – at a Wetherspoons pub

An American woman and British man who met online playing chess have met up again in a Wetherspoons to rekindle their romance.

Felicia DiSalvo jetted 3,300 miles across the Atlantic to visit Zak Broadhurst for the second time and they went to The Punch Bowl in York.

The couple and his friends enjoyed a game of chess while eating chips and drinking Becks beer in the pub. 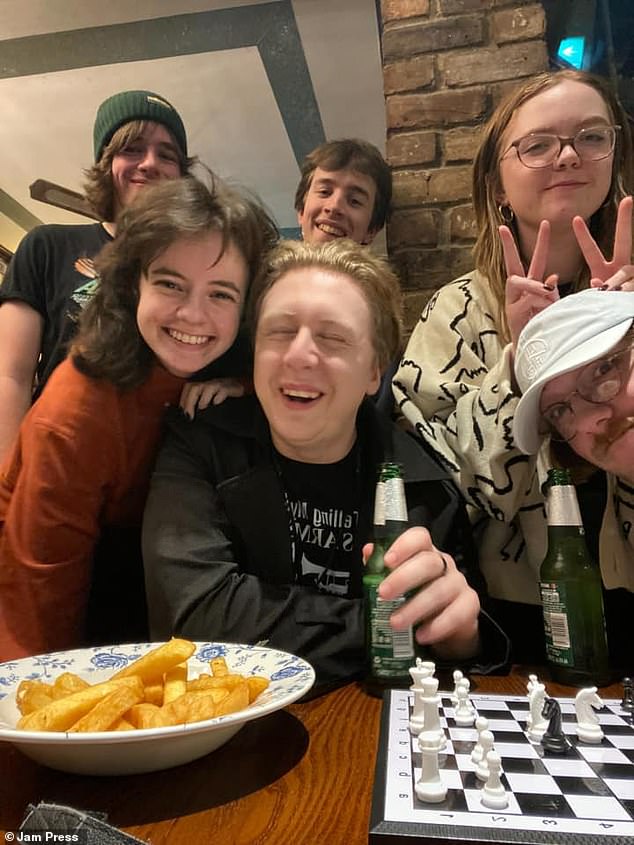 The pair met again in York and played chess with their friends, ate food together and drank beers at a Wetherspoons, The Punch Bowl 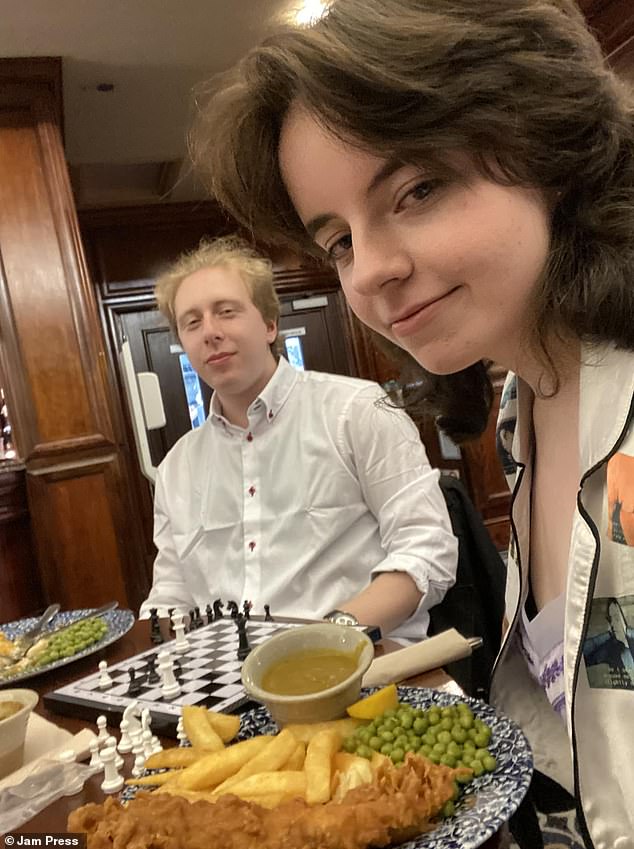 Felicia DiSalvo (right) previously jetted 3,300 miles across the Atlantic to visit Zak Broadhurst (left) in Manchester. Pictured: At The Moon Under Water in Manchester last September

She first flew over to meet Zak near where he lives at another Wetherspoons pub – The Moon Under Water – in Manchester last September.

She said she is a big fan of the fish and chips with curry sauce at the popular chain pubs.

Felicia said at the time: ‘When you spontaneously meet a British person on the internet and learn all the Spoons lore.

‘So you fly all the way to play chess.

‘Zak thank you for changing the trajectory of my life decisions this rapidly.’

Friend Josh Bean said: ‘This is a hell of a ‘how did you meet’ story for the grandkids. I love it.’

Has Bansky been busy again? Mural of kite-flying child appears on wall