Heartbroken woman, 31, claims she miscarried her baby girl and nearly died while in London quarantine hotel because ‘paramedics refused to take her for vital 34-week scan at hospital’

A heartbroken mother has claimed she miscarried her baby girl and nearly died when staff at a London quarantine hotel refused to take her to hospital.

Amna Bibi, 31, was 34 weeks pregnant with her daughter Hafsa when she arrived at London’s O2 Intercontinental hotel in Greenwich.

She flew to the UK from Pakistan with her husband and other family members on June 10, meaning they would have to quarantine at a special hotel facility for 10 days, according to Government red-list rules.

Mrs Bibi, from Bradford, said she was suffering with swelling, pain and breathlessness throughout her stay at the hotel, going backwards and forwards to hospital for check-ups.

But paramedics, employed by the Department of Health and Social Care (DHSC), stopped her from attending hospital for a vital ultrasound scan, and later after a fall in her hotel room, because she had already been too many times. 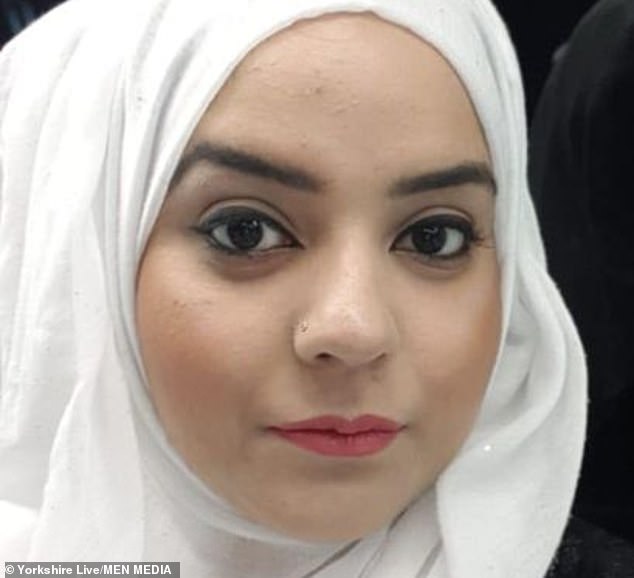 Amna Bibi (pictured), 31, was 34 weeks pregnant with her daughter Hafsa when she arrived at London’s O2 Intercontinental hotel in Greenwich

She said the ‘trauma and tragedy’ of losing her baby on Friday, June 18, and spending four days in intensive care, would haunt her for the rest of her life.

Mrs Bibi has called on the Government to clarify the quarantine rules to allow people access to hospital when necessary.

She added: ‘I want government guidelines for every patient, not only pregnant women, to make it better for them. If God gave me another life it would be fighting for other women not to be in my place.’

Mrs Bibi had an ultrasound scan booked for the morning of Tuesday, June 15 at 9am but she says the paramedic at the hotel refused to allow her to attend because they claimed she was only allowed to travel to hospital once under the rules and had already been twice.

To ease her swelling, Ms Bibi ran a bath but slipped twice and hurt herself to the point she ‘could barely walk’.

She said the hotel paramedic assessed her but said she could not go to hospital and offered her painkillers instead.

On Friday morning she began to feel painful contractions and was sweating heavily. 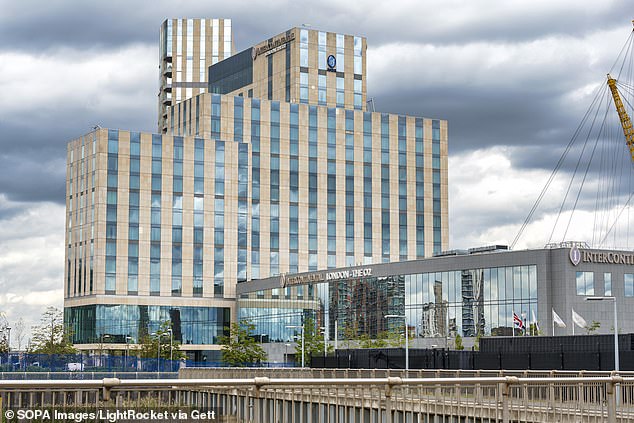 She flew to the UK from Pakistan with her husband and other family members on June 10, meaning they would have to quarantine at a special hotel facility for 10 days, according to Government red-list rules. Pictured, the InterContinental hotel at the O2 in Greenwich 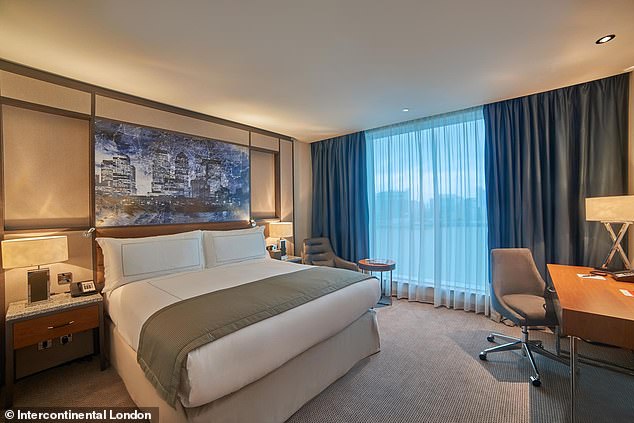 To ease her swelling, Ms Bibi ran a bath but slipped twice and hurt herself to the point she ‘could barely walk’. Pictured, one of the hotel’s rooms

She later blacked out in her husband’s arms before she started bleeding. ‘I got so scared,’ she said.

Ms Bibi had to wait 45 minutes for the hotel staff to provide her with a wheelchair to take her to hospital.

‘I was in such a state, I was crying and I asked them if my husband could come with me – they said, “No, sorry, your partner cannot go with you”. The hotel security went with me.’

When she got to the hospital, the doctors searched for the baby’s heartbeat but couldn’t find it. ‘They said to me that they were very sorry but I had lost the baby,’ she added.

Mrs Bibi was taken in for an emergency C-section, had a blood transfusion and was transferred to an intensive care unit on a ventilator, where she stayed for four days.

‘I was this close to dying,’ she said, describing the experience as ‘such a big shock’.

She added: ‘For so many days I was trying to get into hospital and they wouldn’t let me into hospital. I was not allowed to get my scan done.’

She said her doctor told her Hafsa would still be alive if she had been allowed to attend her scan. 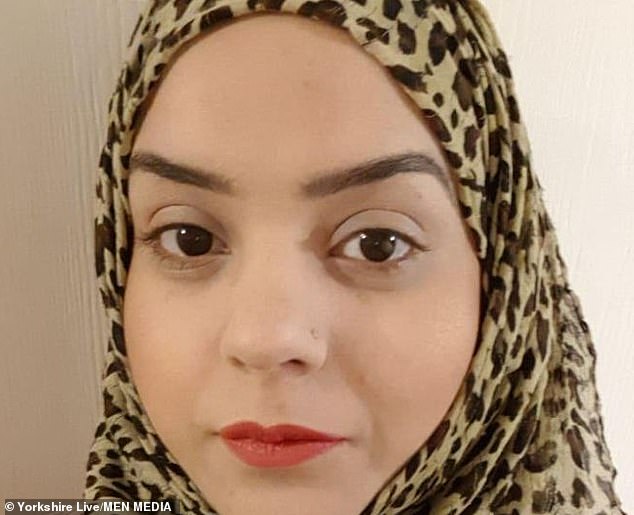 In response, a DHSC spokesperson said it did not comment on individual cases.

‘We recognise the impact restrictions have had on many people,’ it added. ‘The quarantine measures we have in place are minimising the risk of variants coming into the UK and in turn, safeguarding the hard-won progress of our vaccination programme.

‘All decisions for quarantine exemptions are carefully considered on a case-by-case basis and we always balance the needs of the person applying with our top priority of ensuring the general public are as protected as possible.

‘We are making every effort to ensure everyone’s needs are met and we expect hotels to provide onsite medical assessments by fully qualified healthcare professionals to ensure guests receive any treatment they need.’

A spokesperson for IHG Hotels & Resorts said: ‘The safety of our guests is always our highest priority. We are unable to comment on any matter relating to our guests due to confidentiality reasons, and the approach to and management of managed quarantine hotel facilities is a matter for the DHSC.’

Hotels selected for the Government’s quarantine programme provide the space and facilities but the DHSC is responsible for the approach to quarantine and the management of the site itself.