‘Women’s bodies aren’t property’: Woman slams judge who ordered her to hand over ‘boudoir album’ to ex-husband – and questions why he needs it when he never kept anniversary or birthday cards from her

A woman is calling out a Utah judge for ordering her to hand over a photo album of nude photos as part of her divorce to her ex-husband, after the man requested the ‘boudoir-style’ set as part of the separation.

Lindsay Taylor, 43, previously of North Salt Lake, commissioned the racy shoot years ago in an effort to save her then-waning union to ex Chris Marsh, 45, with the impression the intimate pictures might save their marriage.

That attempt, however, failed – and when she filed for divorce in April of last year, Taylor said that he wanted to keep the album for himself, for sentimental purposes.

The request shocked the woman, who asserted in court that the appeal was the move of a jilted, scorned man – as opposed to one motivated by supposedly cherished memories.

Perhaps more shocking, the Davis County divorce judge presiding over the case sided with her ex, ruling in favor of his nostalgia argument – citing how Taylor etched heartfelt messages to her then hubby on the album’s pages.

He ruled that as long as the pages were properly censored, Marsh should be awarded the set.

A bitter legal battle over custody of the boudoir albums has since ensued, with Taylor in complete disbelief over Judge Michael Edwards’ ruling.

She is now on a warpath against both the jurist and her former partner, asserting she will burn the book before adhering to such demands. 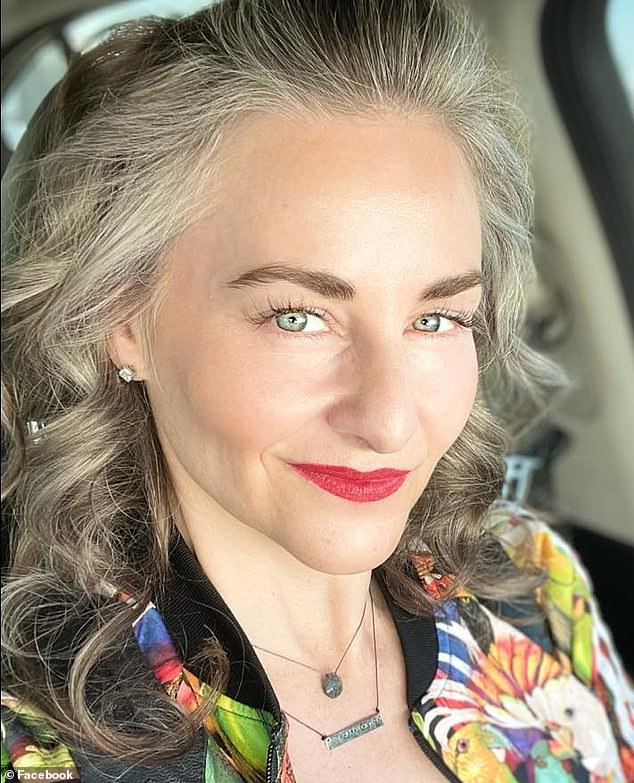 Lindsay Taylor commissioned the racy shoot years ago in an effort to save her then-waning union to ex Chris Marsh, with the impression the intimate pictures might save her marriage 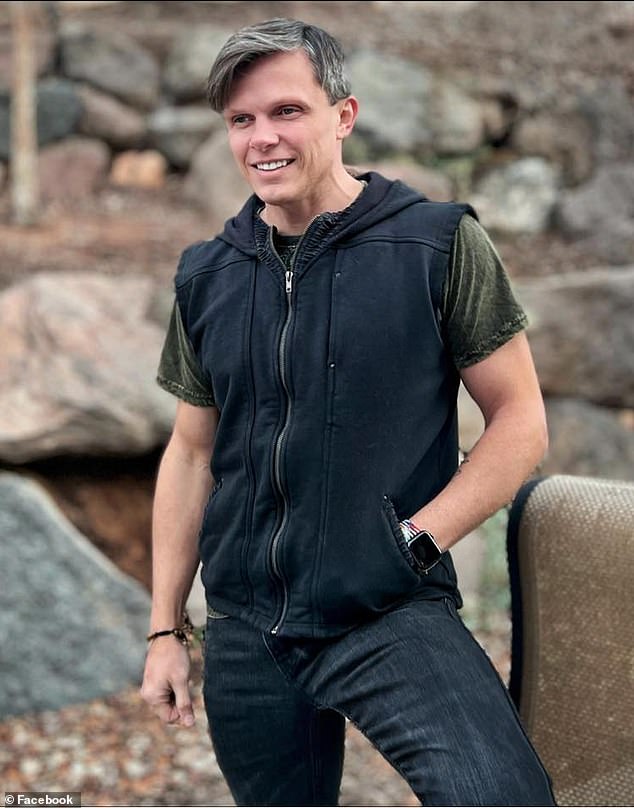 Marsh, 45, told The Salt Lake Tribune the books were full of memories, inscriptions and photos, stressing they were not ‘inappropriate-type books.’ He further insisted that he wanted to keep the album for himself, for sentimental purposes – a desire a judge deemed reasonable

‘Women’s bodies aren’t property for people, or in my case, these three men – my ex-husband, his attorney and this judge – to decide what should be done with it and who should be able to see it,’ Taylor said earlier this week, speaking to several outlets including CNN, where she sat for a televised interview.

‘If things I wrote were so important to you,’ she said, referring to her ex, ‘why didn’t you save all the anniversary cards and birthday cards and valentine’s day cards? 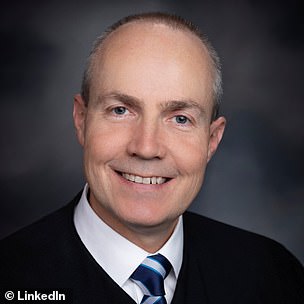 Davis County Judge Michael Edwards ruled Taylor had to hand over the images to her ex, but said her body could be edited out. Taylor has since refused to adhere to the order

‘Everything I wrote to you over the years, you did not keep any of those, but somehow these are really important.’

She called out Judge Edwards, who was appointed to the Second District Court of the couple’s native Davis County in September 2018.

‘There’s no way a judge is going to order that,’ Taylor said, dumbfounded by the demand, which she has until the end of the year to abide by, or face legal action.

She has also said that the situation is not only ‘violating,’ but ‘humiliating.’

She added that she did not understand why her ex-husband would still want the personal gifts she gave him years ago – especially after the dissolution of their marriage.

However, Judge Edwards disagreed, writing in his ruling delivered last month that due to the graphic nature of the photos, the couple should turn the images over to the professional photographer who shot them, so they could be properly edited before being brought over to the husband, ‘for the memory’s sake.’

The couple had been wed for more than 25 years before Taylor filed for divorce. 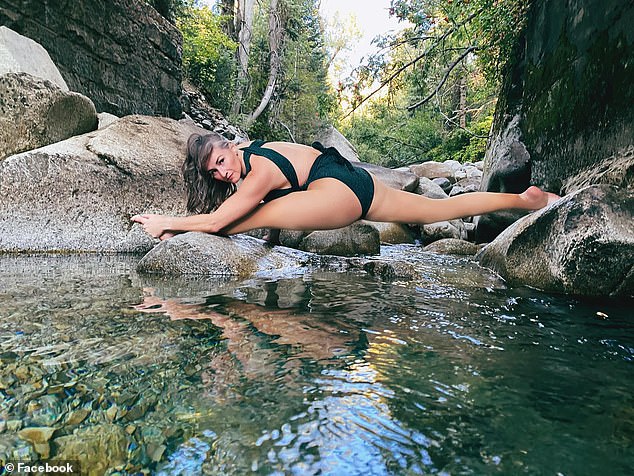 Taylor (pictured) offered to take the book back to the photographer to have a copy of the book made with her images edited out – but he refused, saying that the images were art which should not be altered. She was then ordered to hand the book over to a third-party to have the images edited out

The ruling read: ‘The Court orders that the parties are to turn these photos over to the person who took the pictures originally and produced the photo books.

‘That person is then to do whatever it takes to modify the pages of the pictures so that any photographs of the Petitioner in lingerie, or that sort of thing, or even without clothing, are obscured and taken out.

‘Due the words are maintained for the memory’s sake,’ he then disclaimed.

Furthermore, in a move seemingly meant to address Taylor’s concerns over photos of her own body coming out of her possession, Edwards said she may take the book back to the original photographer before handing it over and having a copy made, with her body edited out.

The male photographer who took the snaps, a friend of Taylor’s, apparently refused, according to the divorcee, who told the court the lensman insisted that the images were art which should not be altered.

She was subsequently ordered by Edwards to hand the book over to a third-party to have the images edited out – by a man that Taylor did not know. 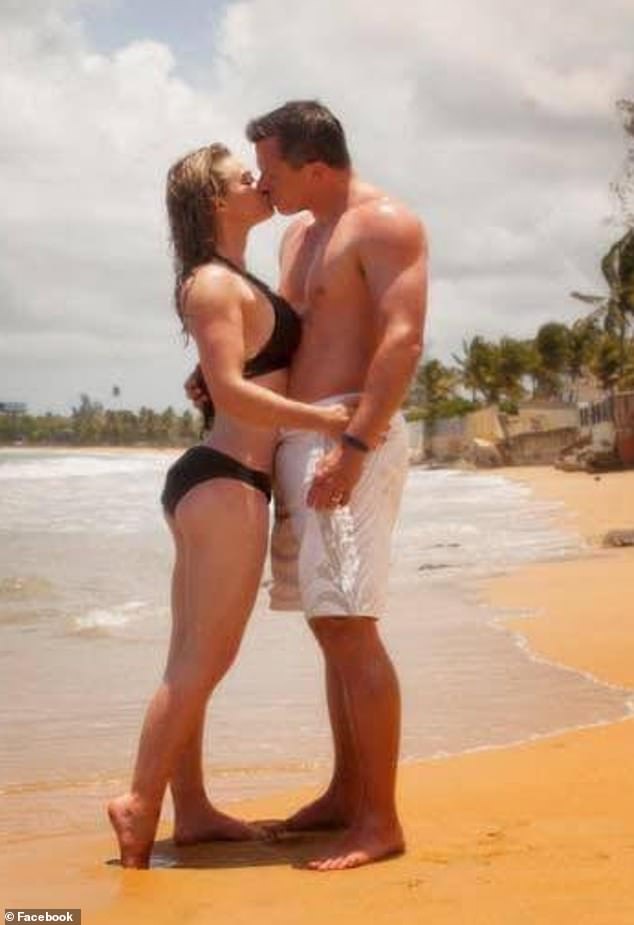 Lindsay Marsh filed for divorce in April 2021 after 25 years together, her ex-husband Chris Marsh (pictured together) said that he wanted to keep her boudoir album, for the memories

This incensed the Utah woman, whose entire original argument rested on the fact that the highly personal photos would be viewed by someone whom she no longer felt a connection to.

‘I had five days to collect the books from the original photographer and drop them off to some stranger so that he could see these images because you cannot edit without seeing the images.’

Marsh said the thought of handing the book over to a stranger was even more traumatic and rang the judge’s clerk to ensure she hadn’t misunderstood the ruling.

‘I just want to clarify,’ she recalled saying. ‘The judge has ordered me to give nude photos of my body to a third party that I don’t know without my consent?’

When it was confirmed that was what the judge desired, she refused. 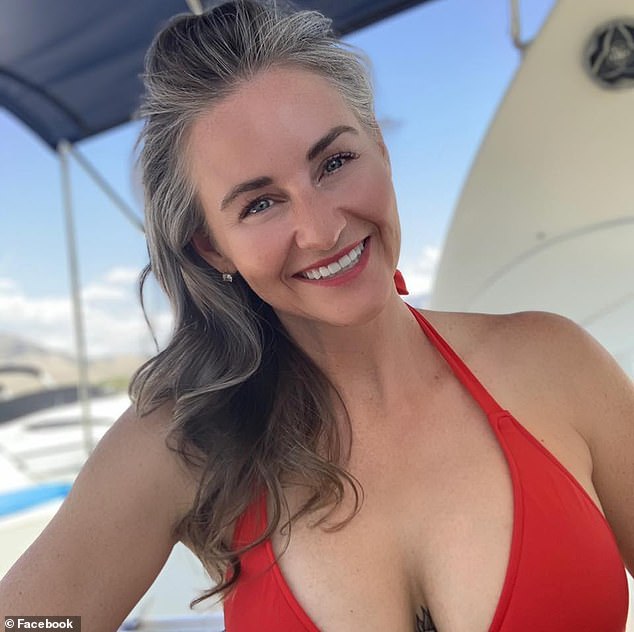 Taylor has told of her shock at being ordered by a judge to hand over a photo album of her ‘boudoir style’ nude photos to her ex-husband, after he requested them as part of their divorce 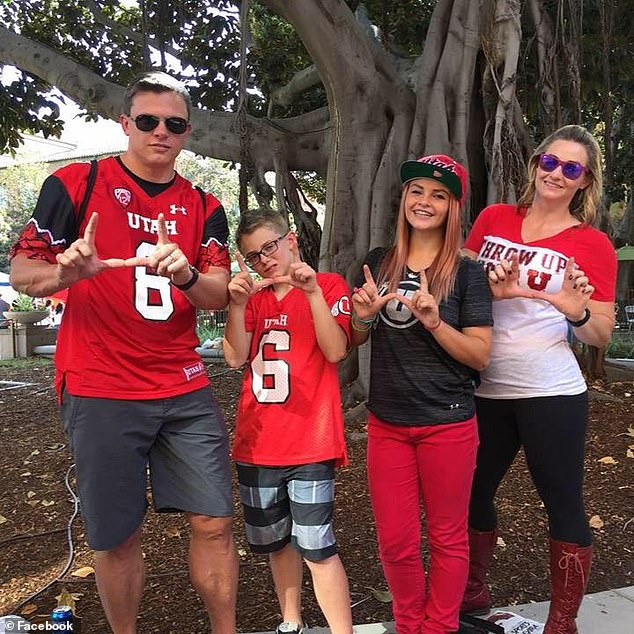 The couple, who have two children together, had been together for 25 years before Taylor filed for divorce in 2021 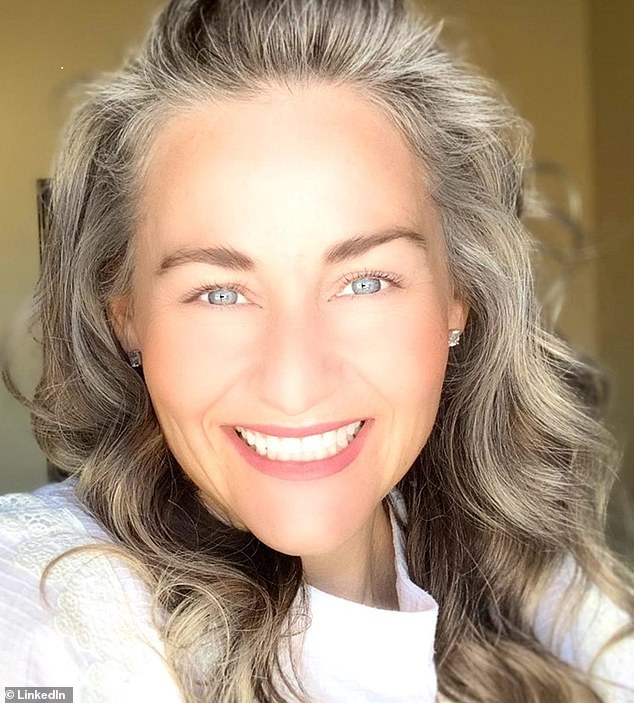 Taylor is legally required to keep the originals until December, in case her ex objects to any of the edits.  She then plans to hold a burning party, and throw them into the fire

When the original photographer found out her friend’s predicament, she agreed to redact the photos, putting a series of big black boxes in front of all of the images – even the ones where she is clothed.

The messages, meanwhile, remained – which Taylor insists in itself is still ‘violating.’

‘These are things that were sensual and loving that I wrote to my husband that I loved,’ Taylor has said of her husband of a quarter century. ‘You’re my ex-husband now.’

Marsh, meanwhile, recently told The Tribune the books were full of memories, inscriptions and photos, stressing they were not ‘inappropriate-type books.’

He said: ‘I cherish the loving memories we had for all those years as part of normal and appropriate exchanges between a husband and wife, and sought to preserve that in having the inscriptions.’

He said their case raises wider questions for society.

‘As boudoir photography becomes a more common way for a couple to share intimacy, where is the line of appropriateness when they split up?’

A criminal law professor at the University of Utah College of Law told KSL.com that the case as ‘very strange’ even though the judge ordered the images to be edited.

‘In my opinion, the judge here has just made a mistake in the balancing of interests and has tipped things too far in one direction,’ Paul Cassell said.

He added that with third parties handling the images, it creates a risk of distribution – whether intentional or not.

‘And these are the kinds of cats that are very difficult to put back in the bag once they get out,’ he said.

Meanwhile, Marsh is now calling for change, arguing that no woman should have to go through what she did during and now after her split.

She says it should be up to her, person actually in the intimate photos, to decide what happens to them.

‘It’s violating and it’s incredibly embarrassing and humiliating,’ she said.

According to Marsh, the divorce has already been finalized – however, she is still in possession of the contentious pictures.

This is because due to the wording of the judge’s ruling, she is legally required to keep the original books until December, in order to give her ex a chance to object to any of the edits made in court before obtaining the album.

Once that 90-day period ends, Marsh has said she will sooner destroy the book and its contents before adhering to the jurists order.

She said she plans to hold a burning party, and throw them into the fire.

‘It’s going to be amazing,’ she proclaimed.

DailyMail.com reached out to Judge Michael Edwards for comment on Thursday, but was told by the district court’s public information officer that judges are not permitted to comment on cases.

It is not yet clear what sort of legal action Marsh may face for refusing the judge’s order. Marsh, meanwhile, is still adamant that she will not succumb to the pressure.

‘The only way I can hopefully protect someone else from going through the same situation is to tell my story and expose that these are the types of things that he thinks are OK,’ she said.

Marsh has until the end of November to turn over the redacted album.