A WOMAN has completely transformed her dull kitchen walls into a master piece with thousands of 1p coins.

During lockdown, Billie Jo Welsby, 49, from Burnley in Lancashire, found herself with plenty of free time on her hands and so decided to get creative at home. 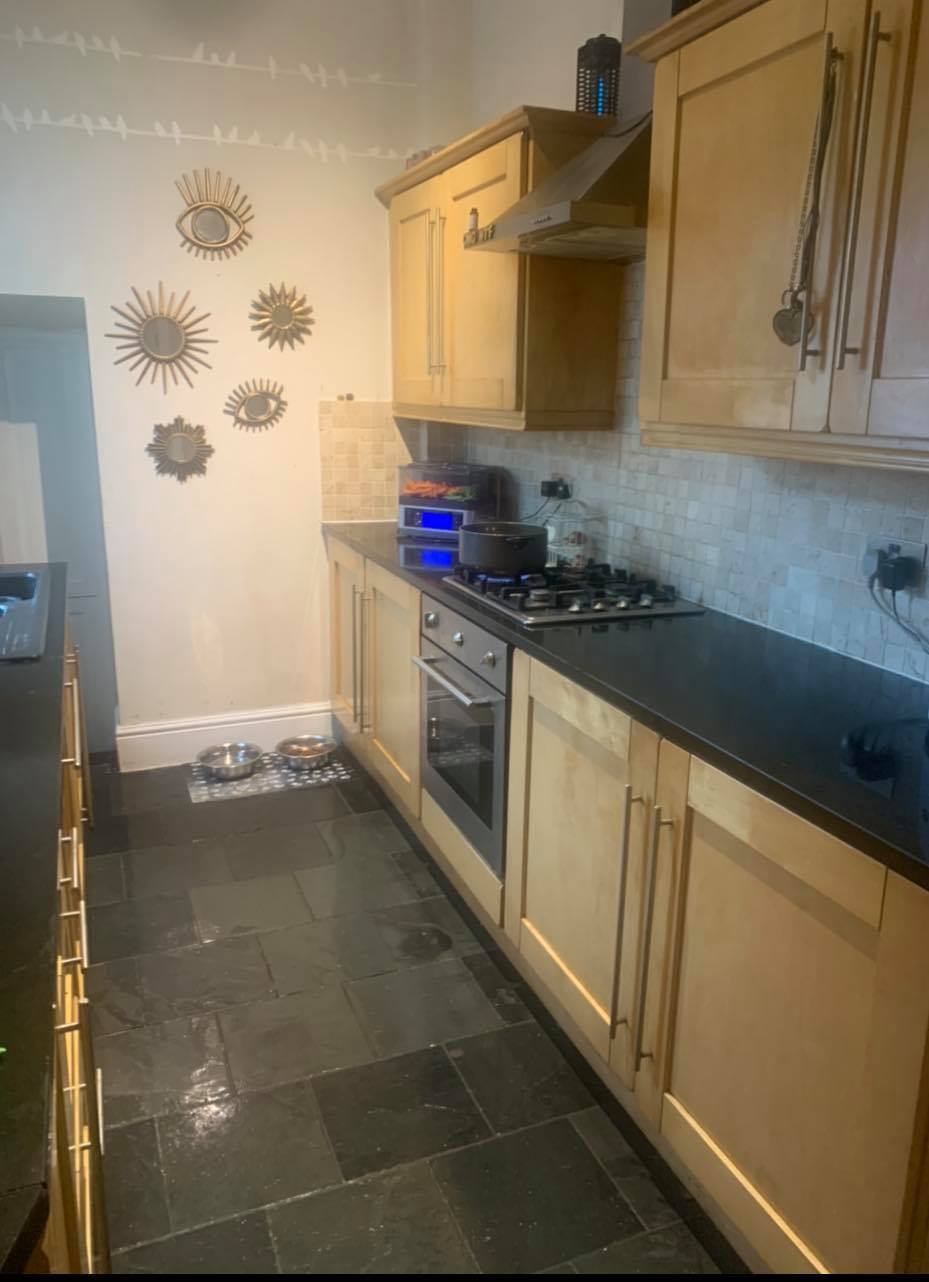 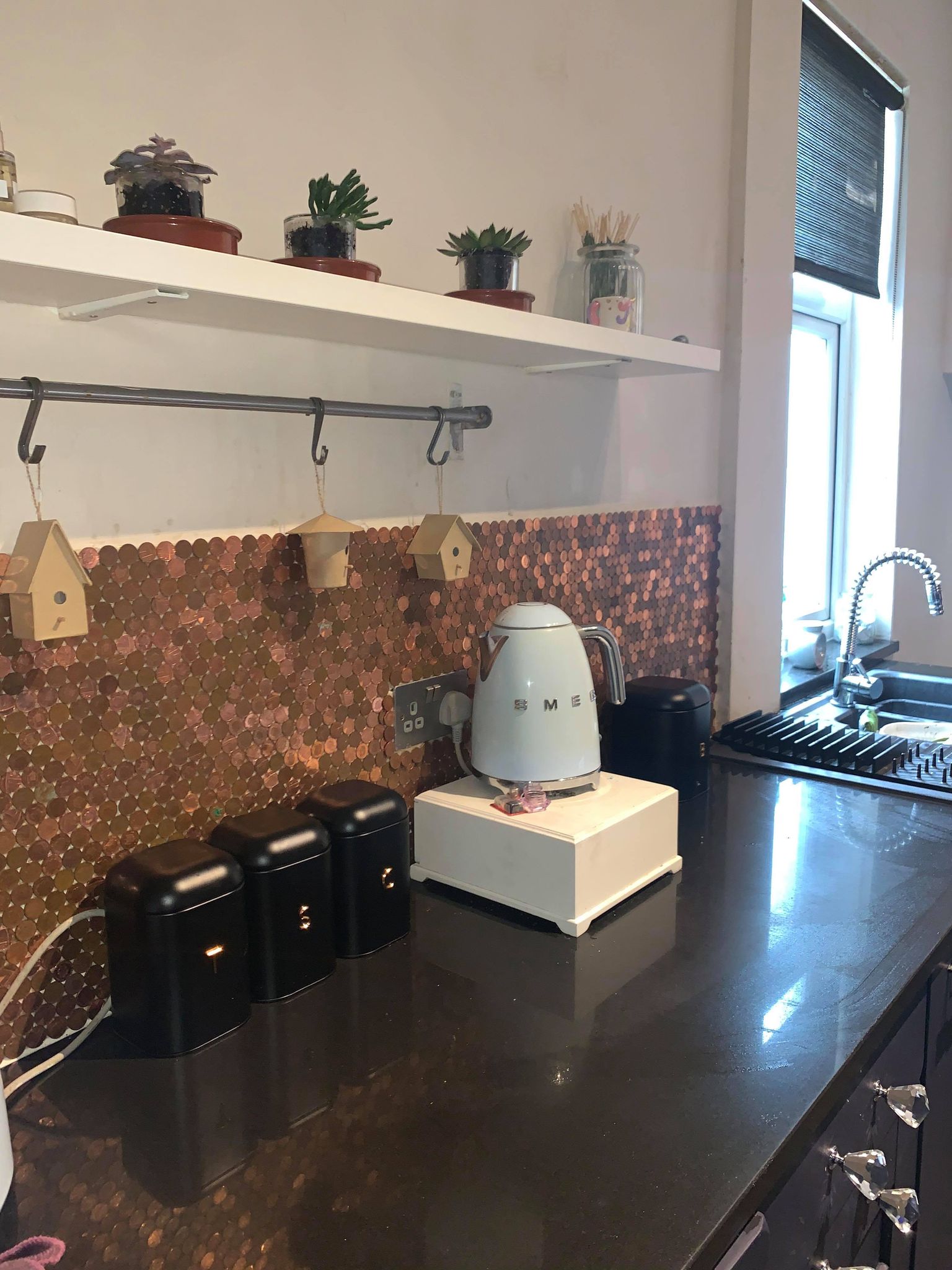 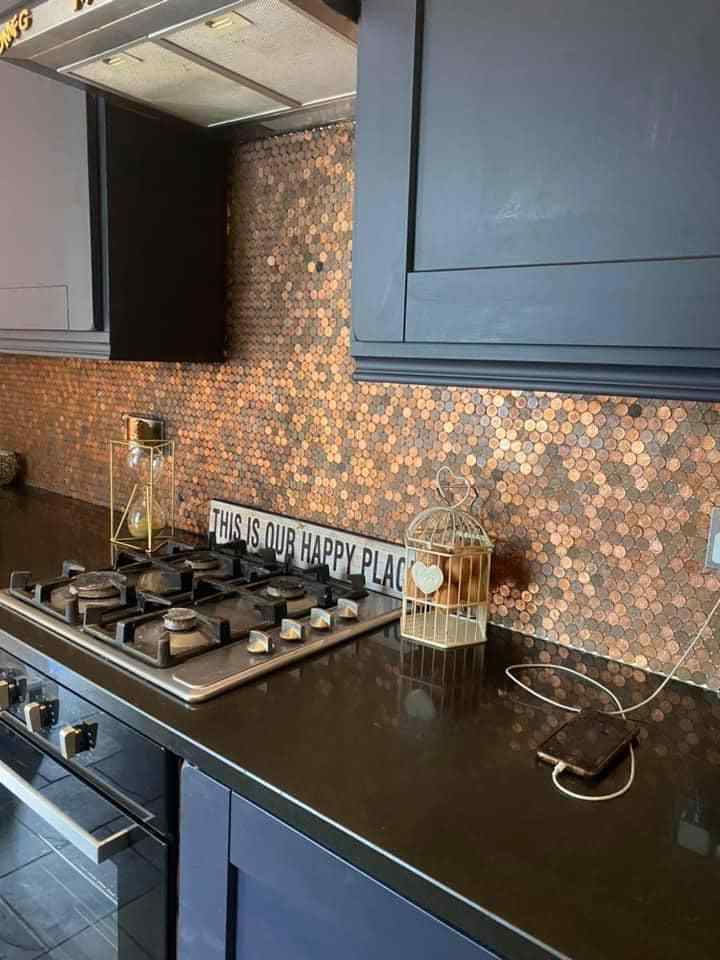 The beautician wanted to decorate her boring and basic kitchen for a while, but wasn't keen on forking out hundreds of pounds on professional decorators.

Instead, she came up with a very unique idea which still required a big chunk of change, but not in the way you'd expect.

Billie transformed the walls with thousands of 1p coins – quite literally.

Over the course of one day, she stuck the copper coins to two of her kitchen walls, giving the space a brand new look. 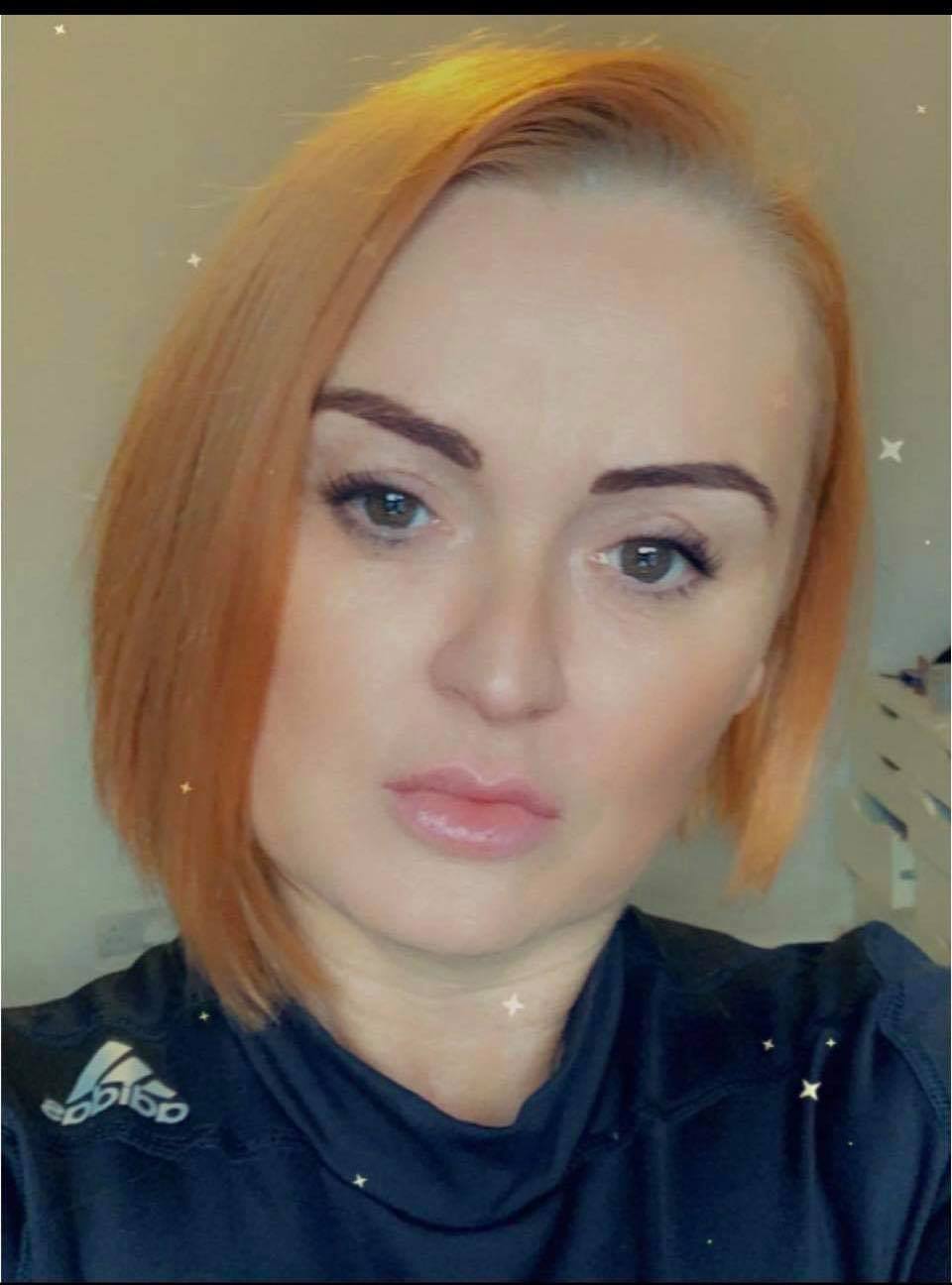 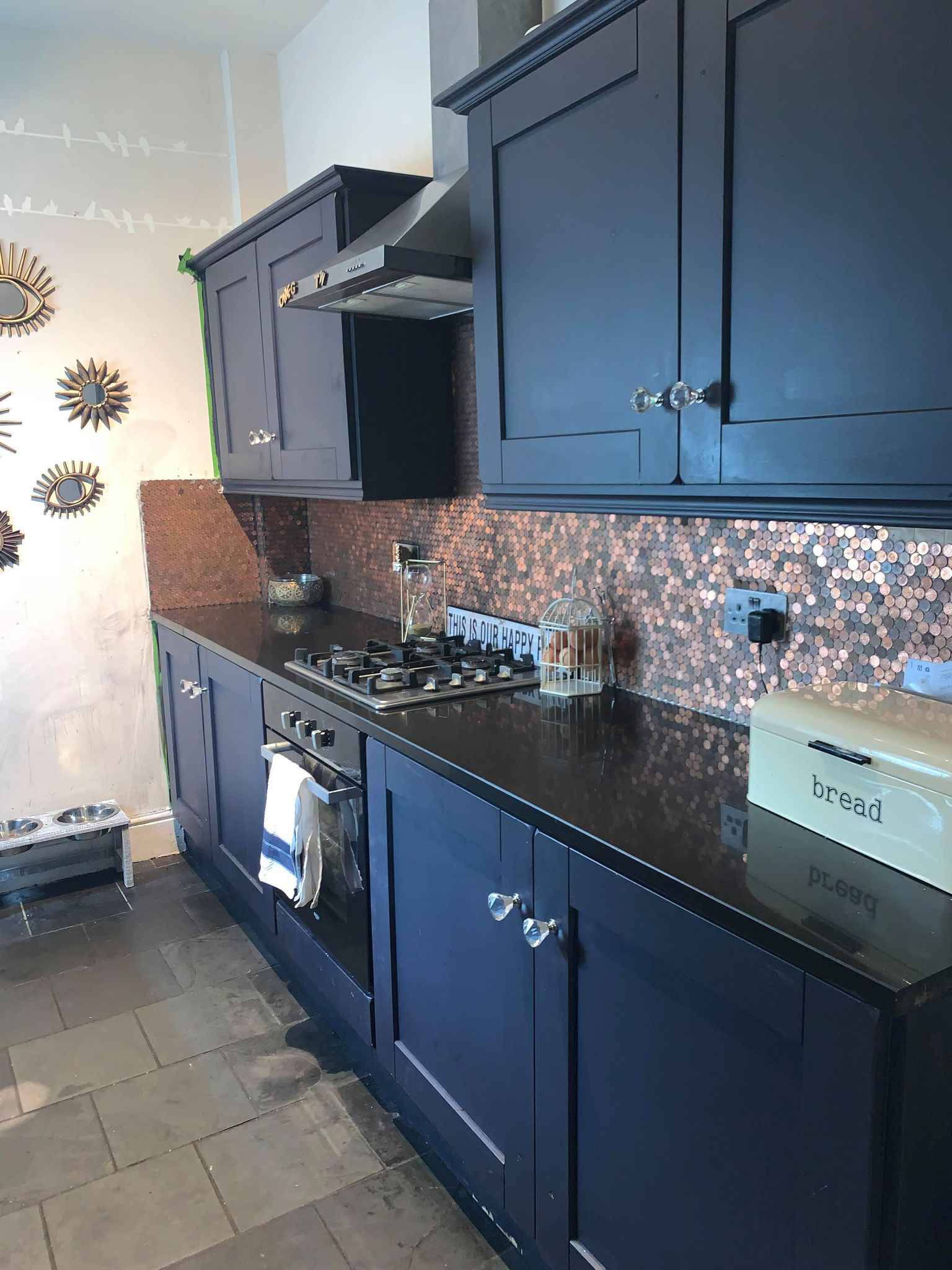 And it only cost £75, which is the value of the glued coins.

Billie shared the finished look on Facebook and the post quickly racked up nearly 3,000 likes and over 400 comments.

"Oh my God, I absolutely love this," one person wrote.

Another Facebook user praised the beautician for her time and attention to detail in creating the wall, adding: "You have the patience of a saint! This looks stunning."

"Wow, that is cool. I've seen the penny floor but never in a wall," another person said. 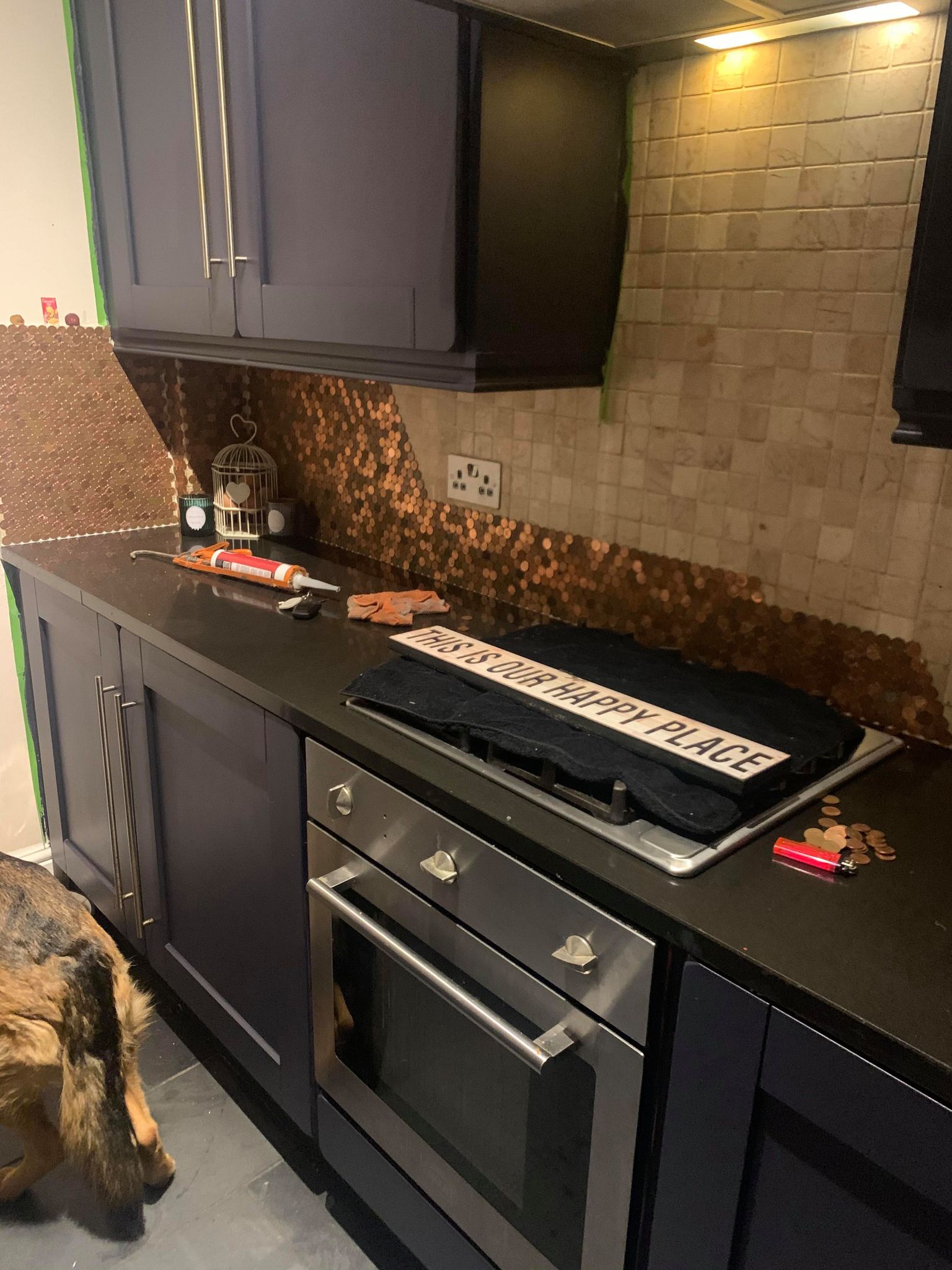 And one witty person couldn't help but joke: "Must of cost a pretty penny."

"I just applied them all with clear silicone one by one, using a very thin layer.

"I'd never seen a wall covered in them before and I wanted an industrial look for my kitchen so I thought this would be perfect."

Billie revealed the walls now have a sentimental meaning as well.

She said: "A few of my clients had placed their one pennies in our tip jar at work and I used them, so it was a bit like integrating the memory of them into the wall too."

It took the beautician nine and a half hours to complete the project and she can't get enough of her new kitchen.

She said: "I absolutely love it and I got so many comments from people saying I must have been very patient to put the coins onto the wall in such a precise manner.

"Everyone is in awe of it. I’ve been through a tough time with lockdown and decorating was my release.

"I think the end result is so much better than anyone could have envisaged and it has exceeded even my own expectations."

Libby Squire's mum breaks down at memorial as inquest hears slain student, 21, had to be identified from fingerprints

July casualties in Afghanistan highest since May 2017: UNAMA