A woman who climbed the base of the Statue of Liberty last July 4 came to her sentencing Tuesday with a jacket reading ‘I really do care’ and her face entirely covered with clear sticky tape.

Therese Okoumou, who climbed the statue to protest the arrest of parents crossing the Mexican border illegally with children, seemed to be mocking First Lady Melania Trump, who wore a jacket reading ‘I really don’t care, do u?’ while visiting children at the border.

The tape on 44-year-old Okoumou’s face irritated a judge who refused to proceed until she removed it.

After she did so, U.S. Magistrate Judge Gabriel W. Gorenstein spared Okoumou from prison for her conviction on multiple misdemeanor counts, though he berated her for what he thought was a lack of concern for rescuers whose safety he said she jeopardized. 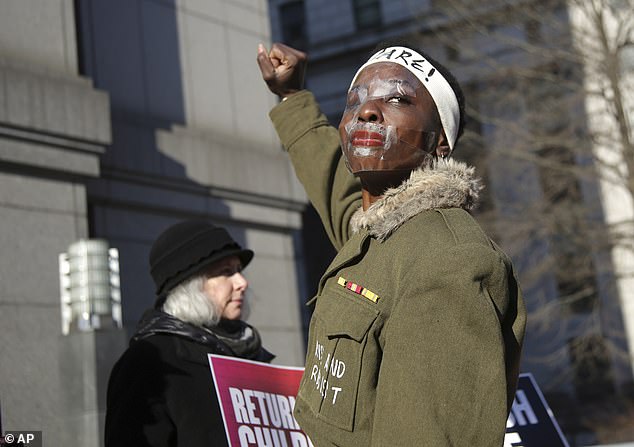 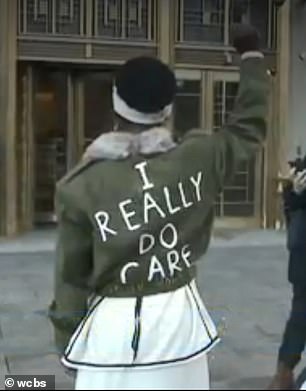 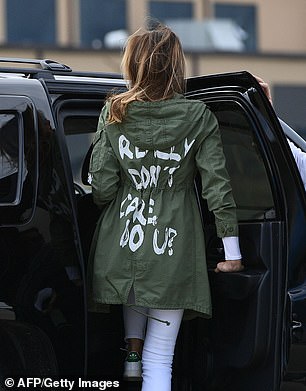 Okoumou (left) seemed to be mocking First Lady Melania Trump (right), who wore a jacket reading ‘I really don’t care, do u?’ while visiting children at the border 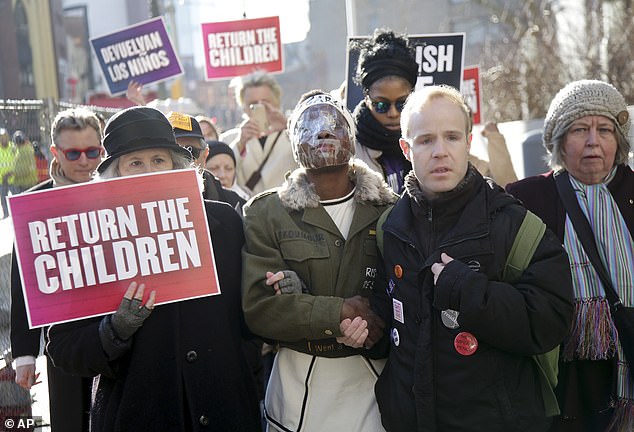 Therese Okoumou, center, walks with supporters to her sentencing. Okoumou was convicted of trespassing and other offenses after she climbed the base of the Statue of Liberty on July 4

As she stood before him with a white headband across her forehead scrawled with the phrase ‘I care!’ he ordered her to perform 200 hours of community service and five years of probation, leading her attorney, Ron Kuby, to suggest the judge might be seeing a lot of them in the future.

‘I think there’s hope’ otherwise, the judge responded, saying he would be willing to shorten the probation term at a later point if Okoumou did not commit more crimes.

Given a chance to speak in court, Okoumou called the case against her ‘a fraud against injustice,’ an explanation for her continuing protest and the tape she had earlier painfully pulled off her face.

‘I’m not a criminal,’ Okoumou, a U.S. citizen born in the Democratic Republic of Congo, told Gorenstein.

When Gorenstein took a break from the bench before announcing the sentence, Okoumou stood and turned around to face several dozen supporters before raising her fist in the air. 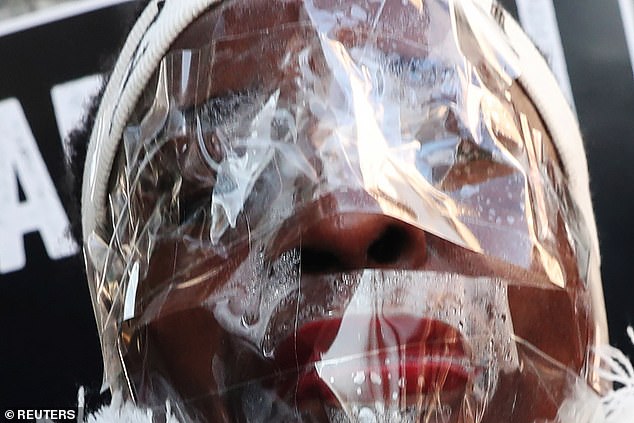 Okoumou covered her face in tape, which the irritated judge demanded that she remove 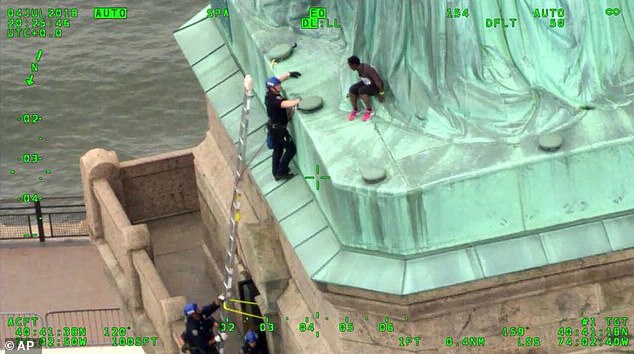 Okoumou’s lawyer said her stunt (above) hadn’t put anyone at risk, but the judge disagreed

The gesture silenced the supporters, who raised their fists in return as everyone stood for a moment before Okoumou blew a kiss to them and turned around to await sentence.

Outside court, she was surrounded by supporters as she railed against the immigration policies of Trump administration, saying they’re what prompted the Statue of Liberty protest.

‘We have people in cages? What was I supposed to do?’ she said. ‘I made my point. … Find your own conscience. Don’t look up to me.’

The nearly four-hour demonstration forced an evacuation of 4,330 people from the statue grounds on one of its busiest days of the year. 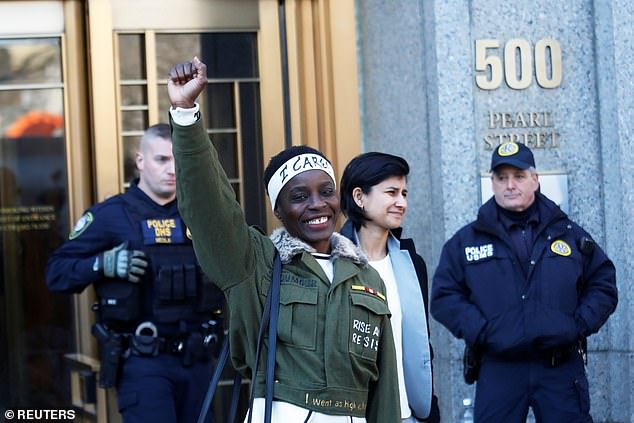 Okoumou raises her fist after her sentencing for conviction on attempted scaling of the Statue of Liberty to protest the U.S. immigration policy 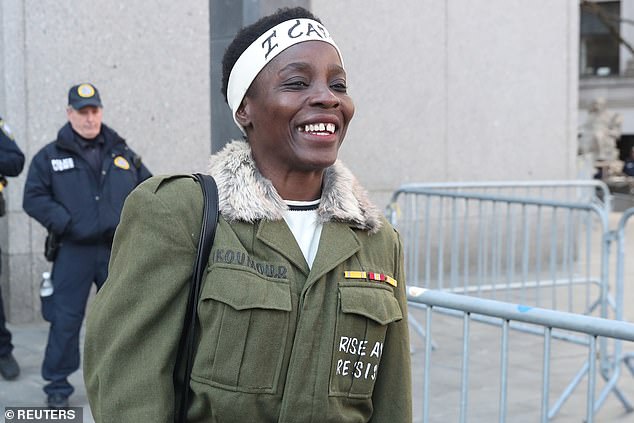 Therese Patricia Okoumou smiles after her sentencing, which saw her avoid prison time

As he announced sentence, Gorenstein noted that Okoumou repeatedly ignored orders to descend from a perch at the feet of the statue that was high enough that a prosecutor said it could have seriously injured or killed her or tourists below.

New York Police Department rescuers were forced to climb a rickety ladder and gird themselves like mountain climbers to safely bring her down.

The judge said she tried to push down the ladder, jeopardizing rescuers.

‘A person with some empathy might have said today, ‘I’m sorry that I risked the lives of others,” the judge said.

Kuby said Gorenstein was overestimating the danger to rescuers. The lawyer called them the most elite rescuers ‘on the planet.’

Nigeria: At least 19 killed in ethnic fighting in Taraba