Woman, 51, who faced £200,000 bill for ‘libelling’ her millionaire property developer ex-husband when she told his new partner he’d ‘tried to strangle’ her WINS Supreme Court fight to overturn ruling 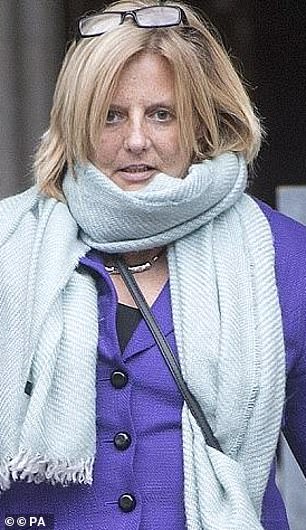 A woman has won a Supreme Court libel battle against her ex-husband over a Facebook post in which she claimed he tried to strangle her.

Nicola Stocker, 51, of Longwick, Buckinghamshire, had faced a £200,000 legal bill after previously losing a High Court case over the post in which she said millionaire property developer Ronald Stocker, 68, had ‘tried to strangle’ her.

The claim came during an online exchange with his new partner, Deborah Bligh, in December 2012, referring to a row between the former couple in 2003.

The High Court initially found Mrs Stocker’s post was defamatory based on the Oxford English Dictionary definition of ‘strangle’ as it suggested Mr Stocker had tried to kill her.

But today a panel of five justices concluded that the judge who ruled against her made a ‘legal error’ by relying on the dictionary definition.

Giving the lead ruling in London on Wednesday, Lord Kerr said: ‘In consequence, he failed to conduct a realistic exploration of how the ordinary reader of the post would have understood it.

‘Readers of Facebook posts do not subject them to close analysis.

‘They do not have someone by their side pointing out the meanings that might, theoretically, be given to the post.’

He added: ‘In view of the judge’s error of law, his decision as to the meaning of the Facebook post cannot stand.’

Lord Kerr said the ‘ordinary reader’, knowing Mrs Stocker was still alive, would ‘unquestionably’ have interpreted the post as meaning Mr Stocker had grasped her by the throat rather than deliberately tried to kill her.

Speaking after the ruling, Mrs Stocker said: ‘I am just delighted, hugely relieved.

‘I think it highlights the danger that the courts are being used by men to continue an abusive process, whether it be in the family courts or through a libel court.

‘If they have got the money to do it, they will. It has been five years of my life that has been hell.

‘The emotional and financial damage that it does is huge.’

The court heard that Mr Stocker reached for his wife’s throat and grabbed her around the neck during a row in 2003, which she used as the basis for her Facebook post.

Mr Stocker denied the allegation and said he had put a hand to his wife’s mouth while they were arguing to ‘stop the noise waking their child’ – and may have inadvertently touched her neck.

Speaking after the case, Mr Stocker said: ‘I am disappointed with today’s judgment after two previous courts found in my favour.

‘I understand that in defamation cases the court has to make a decision on the meaning of the words used, and the Supreme Court has overruled the trial judge in this respect.’

Mrs Stocker previously said she was continuing the legal fight to ‘help others in the same situation’. 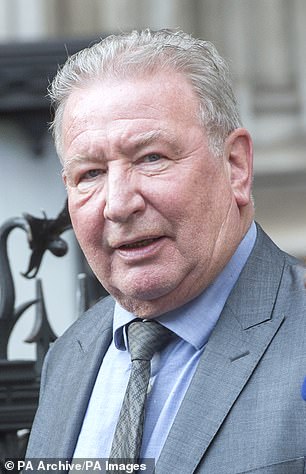 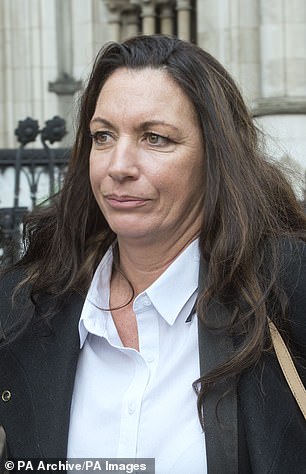 The battle centered around a Facebook message sent by Mrs Stocker in 2012 to Mr Stocker’s (left) new partner Deborah Bligh, which the 68-year-old property developer claimed was defamatory by suggesting he tried to kill his ex

‘The appellant is an individual with no interest in the law of defamation other than the ultimate outcome of this claim and the hope that it might assist others who find themselves in a similar position,’ he said.

Mr Price added: ‘The phrase ‘tried to strangle’ is a common way of describing an assault involving a constriction of the neck or throat where the victim is alive.

‘The phrase does not convey an intent to kill in ordinary language or in relevant criminal offences.’

He said the ‘last thing’ any ordinary Facebook friend of Ms Bligh who came across the discussion would do would be to ‘reach for a dictionary and engage in the over-elaborate analysis carried out by the judge’.

During the High Court trial in 2016, the court heard that the allegations were published to 21 individuals who had authorised access to the page. They were also visible to 110 of Ms Bligh’s ‘friends’ and to their Facebook ‘friends’.

The High Court judge then found that Mr Stocker did ‘in temper’ attempt to silence his ex-wife, but was not satisfied he had threatened to kill her and therefore her comments had a defamatory meaning.