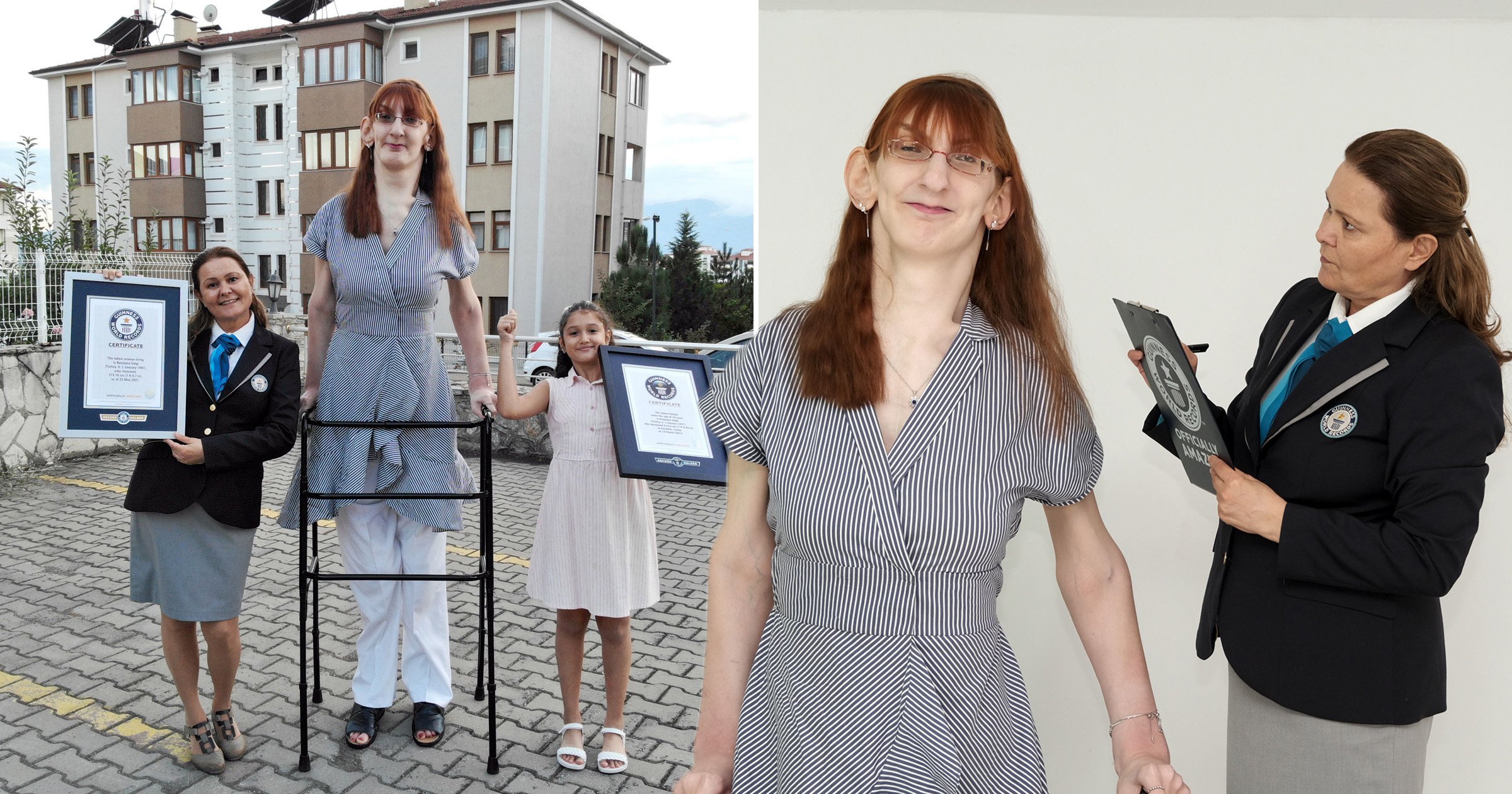 The tallest woman alive says she hopes her newfound fame will inspire others to accept themselves.

Standing at 7ft 0.7in (215.16cm), Rumeysa Gelgi, from Turkey, was officially crowned the world’s tallest by Guinness World Records.

The 24-year-old’s height is the result of a condition called Weaver syndrome, which triggers accelerated growth.

In 2004, Rumeysa was named the tallest teenager in the world and used her platform to advocate for others with rare health conditions.

It is something she hopes to continue, adding: ‘Every disadvantage can be turned into an advantage for yourself so accept yourself for who you are, be aware of your potential and do your best.’

Rumeysa mostly uses a wheelchair to get around, although she can walk with the aid of a walking frame.

She said: ‘My family and people around me are very supportive and they are so excited and so happy and of course so proud of me for having this title.’

Rumeysa was bullied as a child and admitted being so tall has led to some ‘weird situations’.

But it did have its advantages, most notably having her name in the Guinness World Records.

She added: ‘I usually receive kind and supportive comments from people when I meet them for the first time and some of them are nice enough to ask before taking pictures together.

‘However, sometimes I can receive weird stares and questions from people as well, but I believe that’s pretty normal because my height and condition makes people intrigued.’

Craig Glenday, from Guinness World Records, said: ‘It’s an honour to welcome Rumeysa back into the record books.

‘Her indomitable spirit and pride at standing out from the crowd is an inspiration.

‘The category of tallest living woman is not one that changes hands very often, so I’m excited to share this news with the world.’

The tallest woman ever was Zeng Jinlian from China who was measured at 8ft 1ins (246.3 cm) when she died in February 1982.