This is the moment a prolific ‘would-be’ burglar was caught on doorbell cameras attempting to break into more than a dozen homes in a one-night spree.

Kennie Owen, 44, targeted at least 15 different homes, trying to walk in through unlocked front doors along the streets of Werrington, Peterborough, Cambs, on July 12.

Owen however was caught red-handed by the doorbell cameras attached to the homes of his would-be victims.

Yesterday he was sentenced at Huntingdon Law Court, Cambs, to three years and two months in prison after admitting to the 15 burglary attempts. 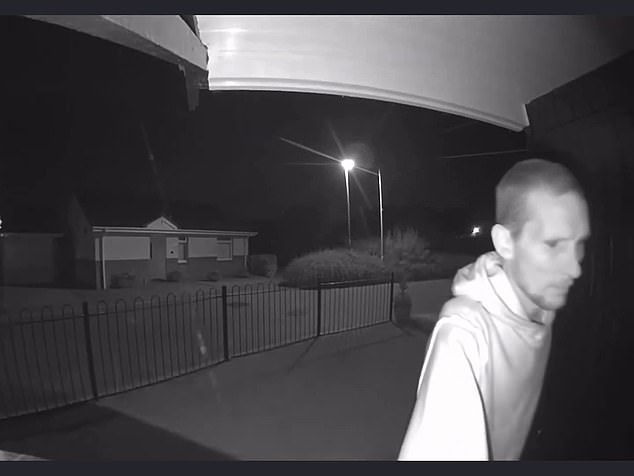 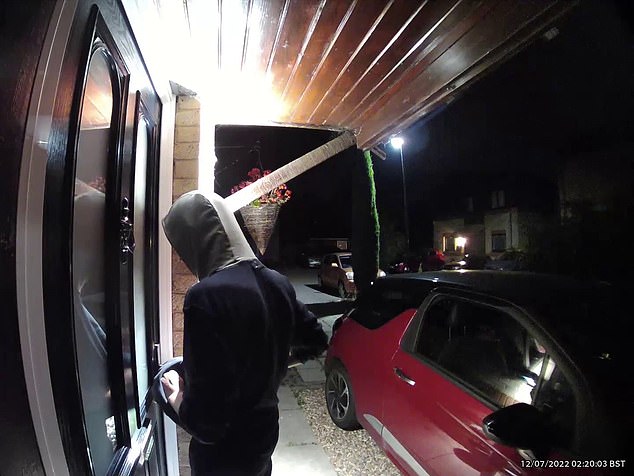 The offender was identified as Owen, who was arrested in Bretton on July 16

Cambridgeshire Police called for more doorbell footage to be brought forward after receiving a handful of identical reports after the spree took place.

Video released by police shows him brazenly walking up to four different front doors and trying the handle in an attempt to break in.

In one video he tries the handle with his jumper to avoid leaving fingerprints.

He was eventually identified and arrested in Bretton, Peterborough, on July 16. 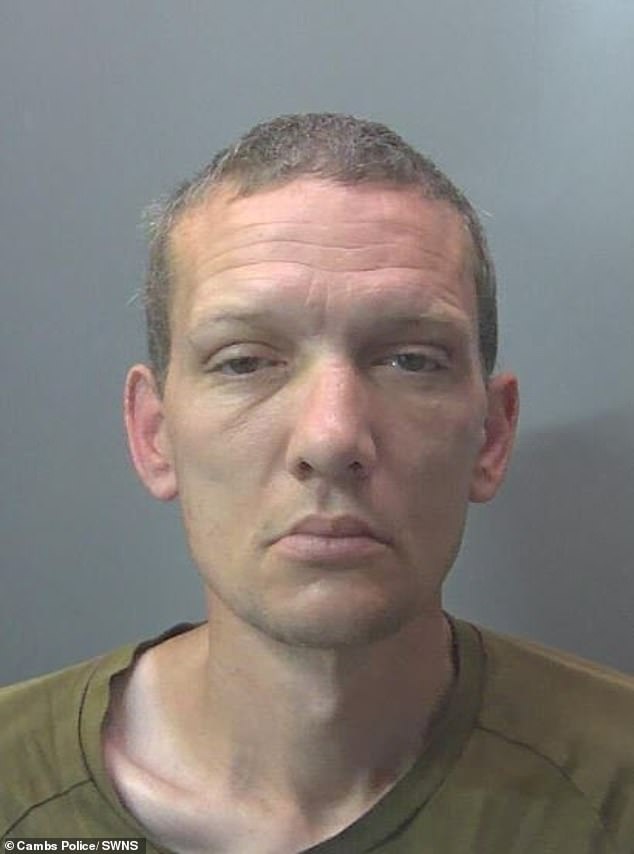 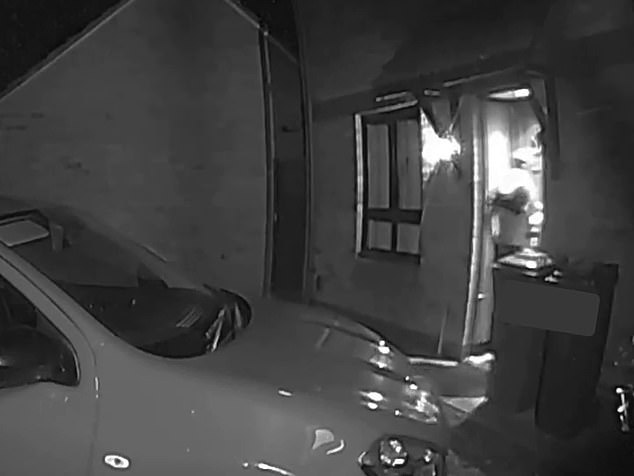 Detective Constable Matt Reed, who investigated the crime, said: ‘Owen tried his luck that night, hoping to come across a door that was unlocked where he would then carry out a burglary.

‘This is a really good example of simple measures that can be put in place to prevent your home from being burgled, but also in helping us catch any offenders.

‘Video doorbells can sometimes act as a deterrent, but also clearly capture anyone committing crime, as was the case this night.’