Kingston told Daily Star Online he wouldn’t change a thing about his career as he all roads led him to winning his first WWE Championship from Daniel Bryan.

The 37-year-old – who became the first Africa-born WWE champ – said he felt “frustration” on his rise to the top since debuting with WWE back in December, 2007.

He revealed at times he felt like he was “sitting on the sidelines” as moments he appeared to be bound for the top came and went in WWE.

The champ was speaking as WWE come across the pond in two weeks for a double night of shows at the O2 Arena in London and a fukk UK Tour.

WWE fans exploded when Kofi finally won the big one this year at WrestleMania, with the champ celebrating in the ring with his family and his New Day teammates Big E and Xavier Woods.

And he also told Daily Star Online he would be more than happy to grant his pals a shot at the WWE Championship.

“There are so many moments like that when you think things are going to get going and then they stop.”

Kingston said: “There are so many moments like that when you think things are going to get going and then they stop.

“Its very easy to get down on yourself and the situation, and I am so glad I didn’t allow that to happen.

“But I was able to control what I could control and let my performances speak for themselves and give it my all every single time.

“The more you do that, the more respect you get from the fans and they realise your ability to perform.

“I think all of that grind over the years, fighting through the lows, has allowed for the people to support me the way they are now.” 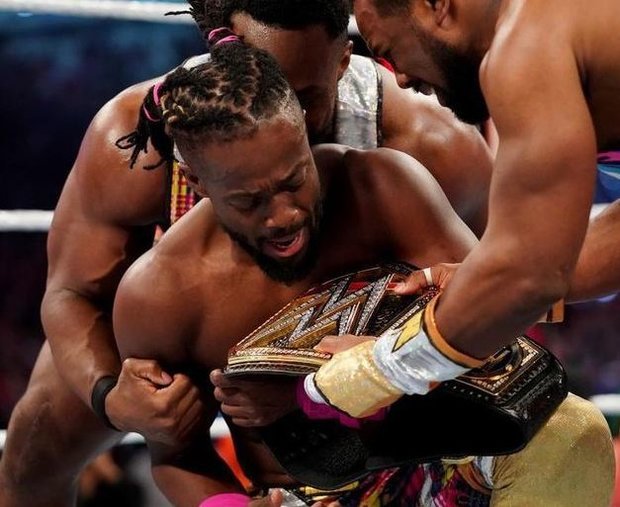 Kingston, born in Ghana, pointed out his performance at WrestleMania 25 during the Money in the Bank and his feud with Randy Orton as sore moments in his career.

The champ revealed he received a “standing ovation” after the ladder match, but then the next night he wasn’t even booked on Raw.

“That was frustrating, as I thought ‘this is it, here we go’ – then it was a stop,” Kingston said.

“Another moment was having a feud with Randy Orton in the main event. We had this awesome battle and a memorable moment at Madison Square Garden.

“Everybody was on their feet, and I was like ‘here we go’ – and then about a month later it was done, and I was sitting on the sidelines again.” 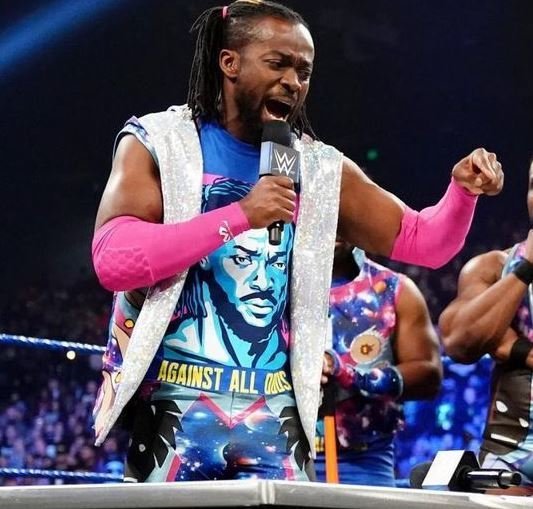 Kingston spent years battling the mid-card of WWE – picking up numerous runs with secondary and tag team titles, but never reached the top until now.

His rise has come after the meteoric popularity of The New Day, who formed in 2014 and have become one of the top acts in WWE.

The group have held the WWE Tag Team Championships five times – but Kofi is their first singles champ.

When asked if they would ever break up, Kingston flatly said: “Never. We are going to the grave together.

“We have actually reserved a single grave for us all to be buried in in one coffin at the end. We will never go our separate ways.” 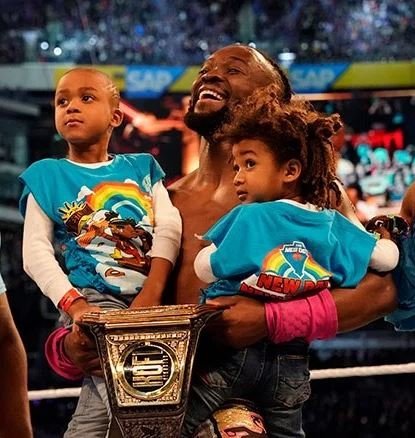 And he said if Big E or Woods would like a shot at the WWE title, all they would have to do is ask him.

But he added New Day obey the “Freebird” rule even with the WWE title – saying “when one of us is champion, we are all champion.”

Kingston said: “If Big E or Woods were WWE Champion right now I would support them as much as they have supported me. And they feel the same way.

“We all work together and when one us achieves the ultimate level of success, we all achieve it.”

Both other members of The New Day helped fuel #KofiMania which run wild on Twitter ahead of WrestleMania. 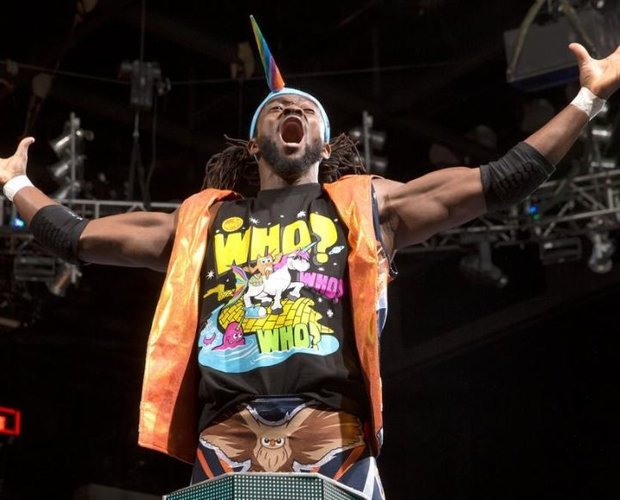 Trending hashtag #KofiMania saw fans demanding the WWE stalwart finally be given a shot at the WWE Championship.

He points to his performance in a Gauntlet match on Smackdown – in which he lasted over an hour and eliminated Daniel Bryan, Jeff Hardy and Samoa Joe.

During the closing stages of the bout, the eventual winner AJ Styles patted him on the shoulder and told him it was okay to give up.

Kingston said: “Yeah that was a storyline thing, but from a real standpoint I had been waiting so long to get here, so for him to do that really emotionally affected me because I just couldn’t let that happen.

“I think that was the point that everybody on Twitter blew up and they were like ‘yeah, we’ve all be waiting 11 years for this’.

“It became more of a ‘we’ as opposed to an ‘I’, and that power just fuels me to be able to carry the torch for so many people who have wanted this to happen.”

Kofi Kingston and a host of your favourite WWE Superstars will touring the UK on 8-17 May! Visit Ticketmaster and get your tickets for a show near you.

Accused Texas con artist's scam breaks cellmate lover out of jail, both on the run: prosecutors

Outcry after Chinese Olympian is asked about her 'manly appearance'