Goldberg – one of the most iconic wrestlers of all time – appeared to heavily bang his head against the turnbuckle during the bout in Saudi Arabia.

The rest of the short WWE contest saw Goldberg visibly dazed as the dream match with The Undertaker fell to pieces.

WWE chiefs reportedly ordered the match be ended sharpish amid concerns for the 52-year-old’s health.

And the three-time world champion took to Twitter following the event confirming he was knocked out by smash.

“Love my fans, but let you down”

Goldberg wrote: “Knocked myself out and thought I could finish…

“Love my fans, but let you down.

“Everyone else that found ‘pleasure’, hope you are happy.”

His tweet was liked 13,000 times and received more than 2,000 shares as fans sent the legend their best wishes. 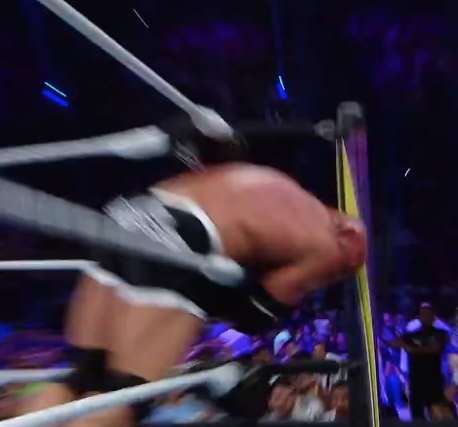 Goldberg and Undertaker’s bout was promoted as a WrestleMania scale event at the WWE’s third show in Saudi Arabia.

The bout appeared to be going well until the Deadman dodged a spear from the Hall of Famed.

His momentum carried him through, and Goldberg bumped his head against the second turnbuckle, opening up a large gash on his head.

Undertaker looked visibly miffed following the outcome of the match – finishing it quickly with a chokeslam followed by a pin. 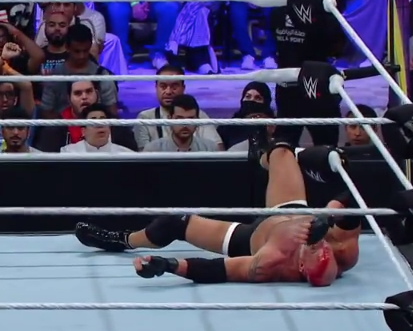 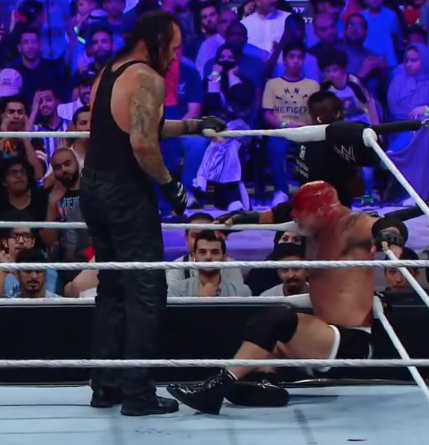 And it appears there is further controversy around the bout, as NXT star Matt Riddle mocked Goldberg’s performance at Super ShowDown.

The former UFC fighter and the WCW icon appear to have real life beef after Riddle criticised his performances during an interview in 2017.

Goldberg appears to have blocked Riddle on Twitter this week amid their spat – with the young star touted as a potential headline act in WWE.

Riddle posted a selfie video saying the match was “making me mad” with the caption “keep it up bro”. 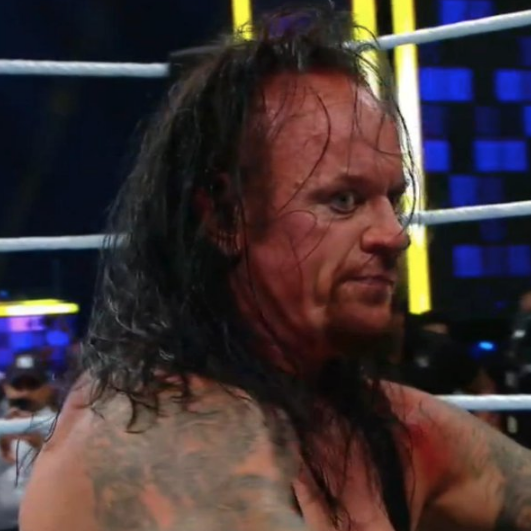 Goldberg remains semi-retired – with his match with the Undertaker being his first bout since facing Brock Lesnar at WrestleMania in 2017.

He is one of the most famous wrestlers of all time, being an unstoppable monster in 90s and 00s.

Being inducted into the Hall of Fame last year, his glittering career saw him have a 173 match undefeated streak in WCW.

WWE bringing Goldberg in shows the firm went all out for their show in Saudi Arabia.

It was held as part of their controversial 10-year partnership with the kingdom which is worth an estimated $450 million.