Boss of luxury yacht firm is ordered to pay couple £1.12million after they sued over £1.5m leaky sailing boat they branded ‘HMS Disappointment’

The boss of a luxury yacht company will have to personally pay £1.12million to a couple who successfully sued over a leaky boat they branded ‘HMS Disappointment’ after his company went into liquidation.

Former paratrooper and deep-sea diver Andrew France bought the 58ft sailing yacht ‘Elusive’ for £1.5million in January 2017 and planned to take off around the world with his wife, Maria, after their home was destroyed by a fire.

But the couple said their dream turned into a ‘nightmare’ due to multiple ‘defects on the yacht’, which they later dubbed ‘HMS Disappointment’.

Mr France, 61, sued Southampton-based boat seller Discovery Yachts Sales Ltd (DYS) and another company Discovery Yachts Group Ltd – which carried out repairs on ‘Elusive’ after buying out DYS – claiming the boat was ‘not fit to sail’ the high seas and ‘not watertight’, with one of the cabins flooding just three days after it was delivered.

Following a trial at the High Court in December 2019, judge Mr Justice Teare backed the claim against both companies and awarded the couple more than £1million in compensation and costs.

Both companies, as well as boat builder Discovery Yachts Ltd, are in liquidation – but Discovery Group’s then managing director Sean Langdon, 58, will now have to pay out personally after losing a court battle. 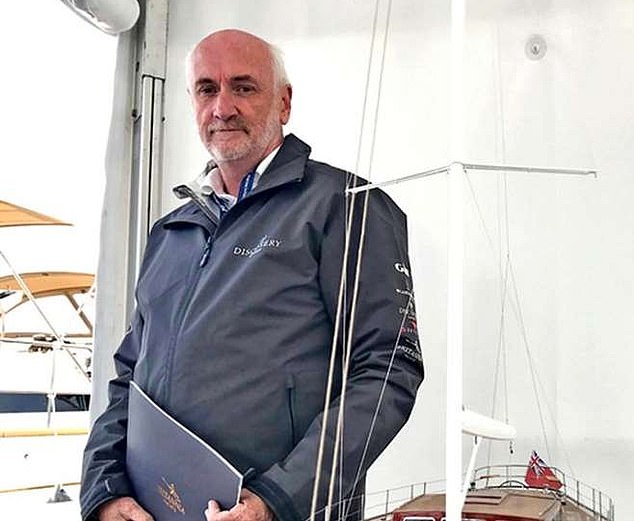 The boss of a luxury yacht company, Sean Langdon, 58, (pictured) will have to personally pay £1.12million to a couple who successfully sued over a leaky boat they branded ‘HMS Disappointment’ after his company went into liquidation

Andrew and Maria France bought the 58ft sailing yacht ‘Elusive’ (pictured) for £1.5million in January 2017 and planned to take off around the world

Mr Langdon had tried to get out of paying the money owed to Mr and Mrs France by challenging a High Court decision from last year which had ruled he was personally liable.

His barrister, Adam Chichester-Clark, argued on appeal that Mr Justice Vos wrongly interpreted the Insolvency Act in his ruling last September, resulting in Mr Langdon being deprived of his right to ‘defend himself.’

He should be allowed to start with a ‘clean sheet’ and the debt must be proved at a trial in which he can contest it, Mr Chichester-Clark argued.

But appeal judge Lady Justice Asplin ruled Mr Justice Vos had not been wrong in his interpretation of the ‘quite clear’ rules, which make directors automatically liable for their company’s debts if they were in breach of ‘phoenix company’ rules.

Mr Langdon was in breach of such rules, she said, by continuing to use the ‘Discovery’ name as Discovery Yachts Group Ltd after the boatbuilder, which his company had acquired, was put into liquidation.

The court heard during the original 2019 trial that Mr France spent more than 20 years working as a saturation deep sea diver before he set his heart on seeing the world from his own boat and splashed out on Elusive.

But defects showed up soon after her delivery to Guernsey on January 12, 2017, with the forward cabin being flooded with water just days later, said Mr Justice Teare in his earlier ruling.

On January 29, Mr and Mrs France set sail for the Caribbean on the Atlantic leg of their world cruise but were forced to retreat to the Canary Islands when the boat’s generator packed in. 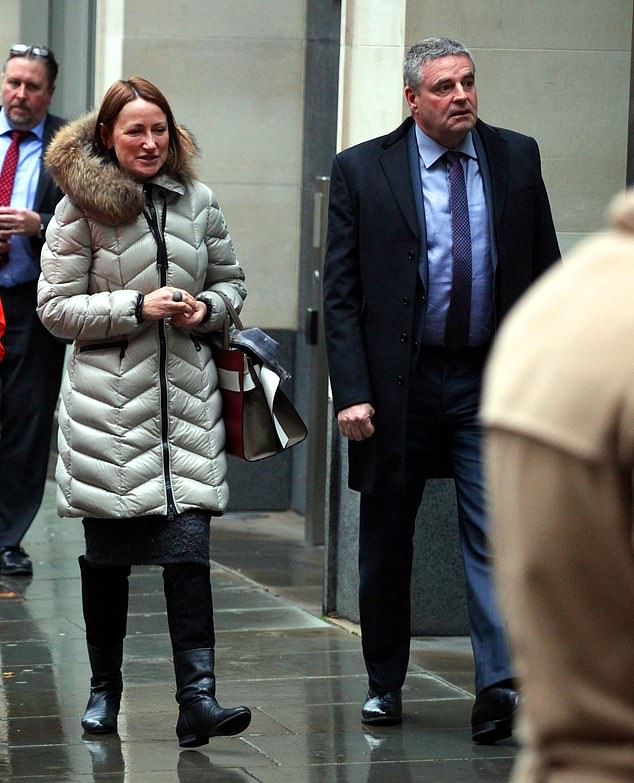 The couple (pictured outside the High Court in 2019) successfully sued boat seller Discovery Yachts Sales Ltd and another company Discovery Yachts Group Ltd, claiming the boat was ‘not fit to sail’ the high seas and ‘not watertight,’ with one of the cabins flooding just three days after it was delivered

Other problems included the navigation equipment playing up and the autopilot temporarily ‘shutting down’.

Mr France reported that Elusive was attracting ‘admiring glances’ from fellow sailors due to her appearance, but complained: ‘I am embarrassed to show them the state of the boat, with blue tape holding drawers and cupboards shut, towels to catch water leaks, badly stained furniture and stink of diesel in the saloon.’

The same month, he sent a ‘message of complaint’ to Discovery Yachts Group, which read: ‘Surely this is not the standard of build quality one should expect when spending £1.5m.’

By August 2017, Mrs France was chiming in with complaints, emailing about things ‘which drove her crazy on this beautiful-to-be boat’, while Mr France referred to it as ‘HMS Disappointment’ in a later message.

Now, Lady Justice Asplin has ruled that Mr Langdon is responsible for paying out after he admitted unwittingly breaching Section 16 of the Insolvency Act by carrying on using the ‘Discovery’ name after the liquidation of Discovery Yachts Ltd.

The boat’s generator broke down while the couple were trying to sail across the Atlantic. Other problems included the navigation equipment playing up and the autopilot temporarily ‘shutting down’

‘Phoenix company’ rules means creditors can be saved the ‘time and expense’ of having to take further proceedings against a director in order to establish their company’s debt a second time, she said.

‘A director who contravenes section 216 [of the Act]…becomes personally responsible for the company’s debts and liabilities if they are incurred whilst there is a contravention of section 216,’ she added.

‘It seems to me that the words are quite clear and no question of a doubtful penalty arises.’

His company’s debt to Mr France had arisen at a time when Mr Langdon was in breach of the Insolvency Act, she also ruled.

Parisiens watched as Notre-Dame burnt, but its survival brings hope