Ye is continuing to make controversial statements, this time challenging the cause of George Floyd’s death.

During an appearance on the “Drink Champs” podcast Sunday, the rapper-turned-fashion-designer reflected on his viewing of the documentary “The Greatest Lie Ever Sold: George Floyd and the Rise of BLM.”

The documentary, written by and starring conservative political commentator Candace Owens, reexamines the “racially-divided aftermath” following the death of Floyd, a 46-year-old Black man who died while being restrained by former Minneapolis police Officer Derek Chauvin in police custody in May 2020.

Ye told “Drink Champs” hosts N.O.R.E. and DJ EFN that Floyd died of fentanyl consumption rather than the physical impact of Chauvin’s restraint.

“They hit (Floyd) with the fentanyl. If you look, the guy’s knee wasn’t even on his neck like that,” Ye said. “They said he screamed for his mama; mama was his girlfriend. It’s in the documentary.”

Despite Ye’s claim, the Hennepin County medical examiner’s office ruled Floyd’s death was a homicide caused by “cardiopulmonary arrest,” complicated by “restraint and neck compression” while he was being subdued by police. 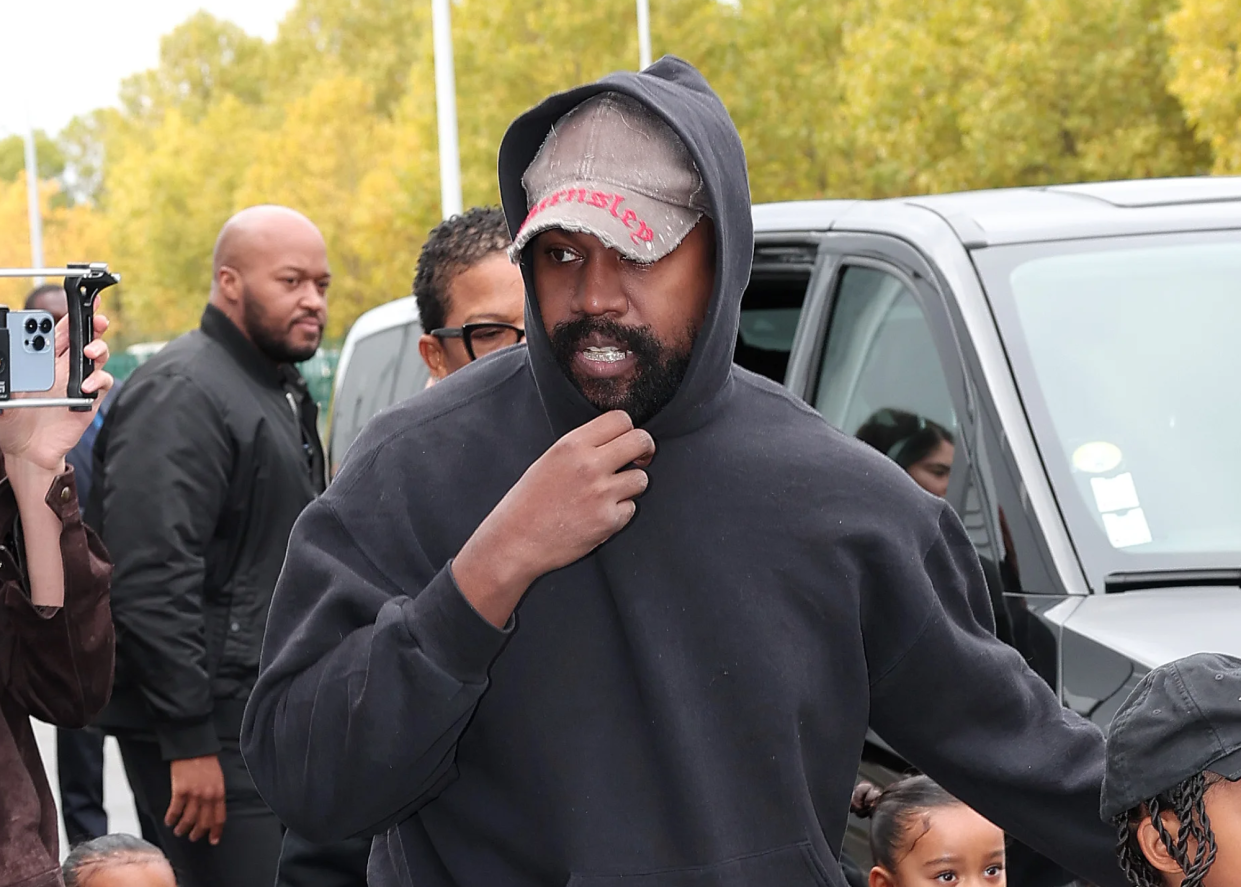 ‘Because they do’: Ye tells Tucker Carlson why he wore ‘White Lives Matter’ sweatshirt

Dr. Martin Tobin, a pulmonologist and critical care specialist at Loyola University Medical Center, also testified during Chauvin’s trial that Floyd died of a lack of oxygen from being pinned to the pavement with a knee on his neck. He added, “A healthy person subjected to what Mr. Floyd was subjected to would have died.”

Similarly, an independent autopsy commissioned by Floyd’s family ruled “asphyxiation from sustained pressure was the cause” of Floyd’s death.

While findings from Floyd’s autopsy revealed 11 nanograms per milliliter of fentanyl in his blood, medical experts called as prosecution witnesses agreed the amount of fentanyl was not enough to be considered fatal.

No, Ye’s mental health does not excuse antisemitism, experts say

Following Ye’s comments on Floyd, civil rights attorney Lee Merritt said the Floyd family “is considering suit for (Ye’s) false statements about the manner of (Floyd’s) death,” according to a statement shared on Twitter.

While one cannot defame the dead, the family of #GeorgeFloyd is considering suit for Kanye’s false statements about the manner of his death.

USA TODAY has reached out to Merritt for comment.

The “Donda” emcee has recently found himself in a media firestorm after unveiling a surprise Yzy fashion show in Paris earlier this month, during which he wore a black sweatshirt with the phrase “WHITE LIVES MATTER” written across the back. Owens and model Selah Marley – Lauryn Hill’s daughter and Bob Marley’s granddaughter – wore similar sweatshirts at the show.

The sweatshirts were met with backlash from many in the fashion community, including British Vogue Editor-in-Chief Edward Enninful, New York Times director and chief fashion critic Vanessa Friedman and Vogue contributing editor Gabriella Karefa-Johnson, who called the sweatshirts “deeply offensive, violent and dangerous.”

Ye and the problematic attention surrounding his behavior

In a wide-ranging interview with Fox News host Tucker Carlson that aired in part Oct. 6, Ye said his shirt delivered an obvious message and called backlash he’s received “a setup.”

“The answer to why I wrote ‘White Lives Matter’ on a shirt is because they do,” Ye said. “It’s the obvious thing.”

Ye went on to describe his detractors as “practically made in a laboratory.”