TAIZ, Yemen (Reuters) – Outside the home of Yemeni teacher Adel al-Shorbagy the queue of children lining up for education keeps getting longer.

Almost 700 come daily to his house which he converted into a school in the government-held city of Taiz, which has been at the center of a three-and-a-half-year civil war that has left millions on the brink of famine.

Al-Shorbagy opened the school following the outbreak of war saying he had nowhere to send his own children. However, 500 boys and girls aged between six and 15 signed up for lessons in that first year.

“All the schools closed down and we had a problem that our kids were on the street,” Al-Shorbagy told Reuters.

“We opened this building as a community initiative. It was my national and humanitarian duty towards my neighborhood.”

Inside the house, facilities are basic, with exposed brick walls and big gaps where windows should be. Ripped curtains are used to divide up space for classrooms.

Undeterred, the eager children find any space they can on the floor, with barely any room to move, let alone write. They share donated books and follow what one of the 16 volunteer teachers writes on a broken white board.

Classes include math, science and English, with Al-Shorbagy saying he follows the pre-war Yemeni curriculum.

Despite the ramshackle setting and lack of facilities, the school is oversubscribed in a country where education has been decimated and accessible, free school options are limited.

Some 2,500 schools have been damaged or destroyed since a Saudi-led coalition intervened in 2015 to try to restore the internationally recognized government, a UNICEF report said in March. 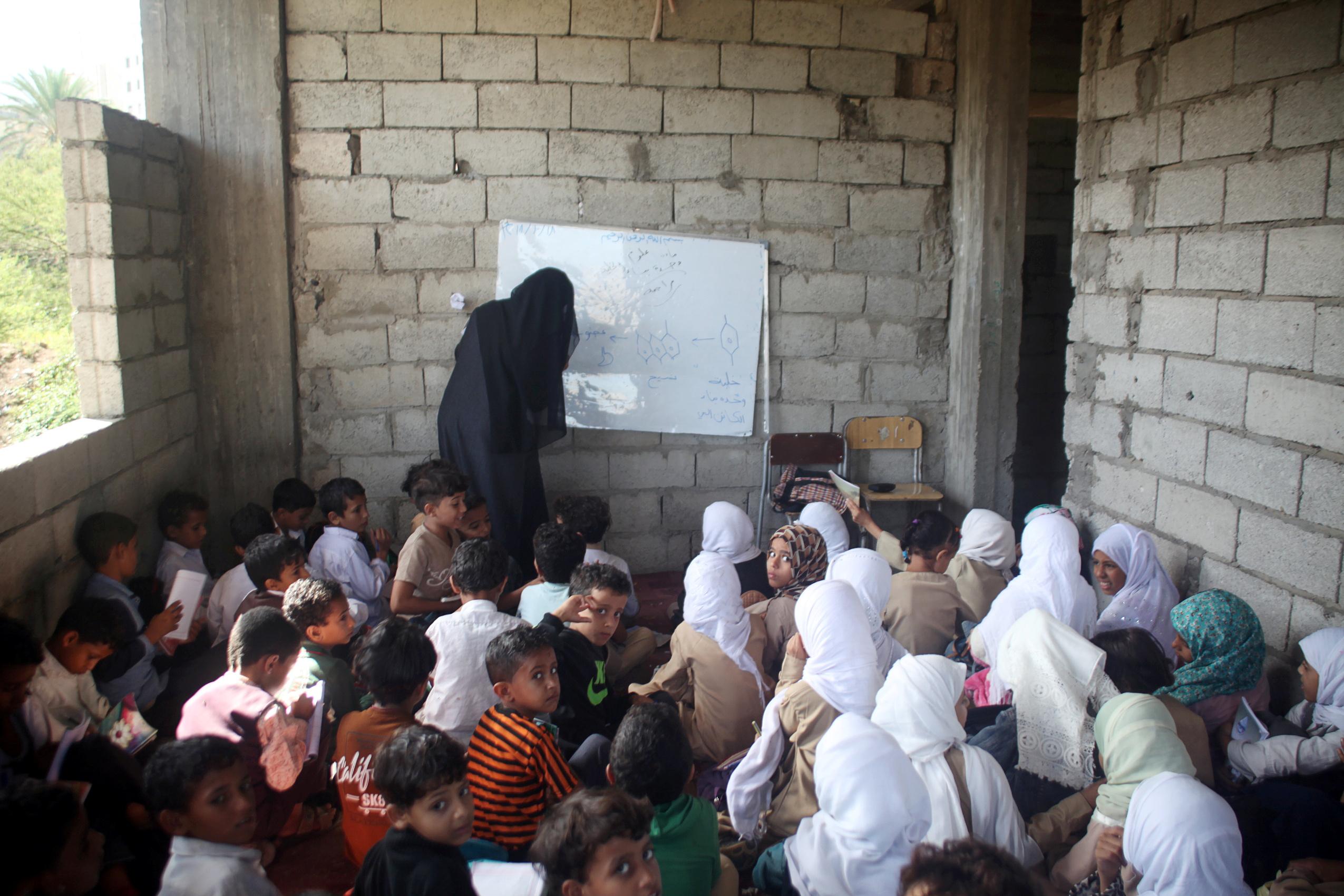 Two million children are out of school in Yemen, including Shehab Mohamed Hazzaa, whose mother was trying to enroll him at Al-Shorbagy’s school.

“I came here to register… in the school and the principal told me that it is too crowded and rejected him,” said the mother, who declined to be named.

The only other option in the city are private schools but they cost up to 100,000 Yemeni riyal ($400) per year, putting them out of reach for many in the impoverished Arab country.

I lost Bitcoin worth £300million when my mum threw out broken laptop…it triggered a mental breakdown, claims 'trader'

In New Zealand, a journey around the world and into darkness