A Russian oligarch dubbed ‘Putin’s chef’ has confirmed for the first time that he founded the notorious Wagner Group.

Yevgeny Prigozhin, whose other business provides catering services to the Kremlin, said he founded the mercenary unit during Russia’s first Ukraine invasion in 2014.

The group has since gained a reputation for doing the Russian military’s dirty work, leaving a trail of brutal violence, rapes and war crimes in its wake.

It is known to have operated on battlefields from Europe to the Middle East, South America and Africa. 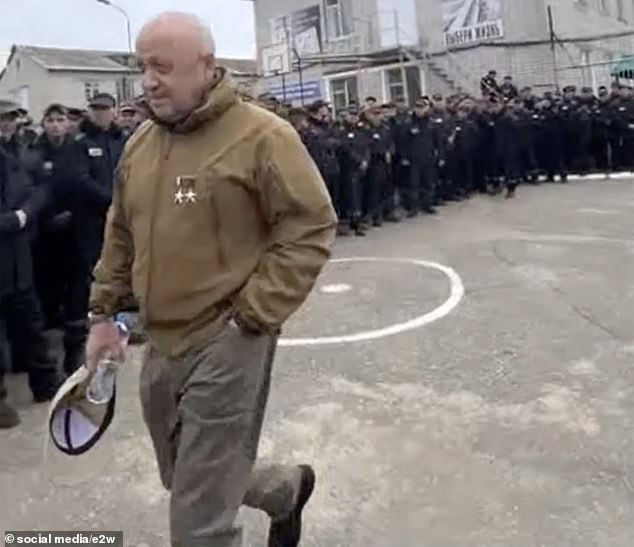 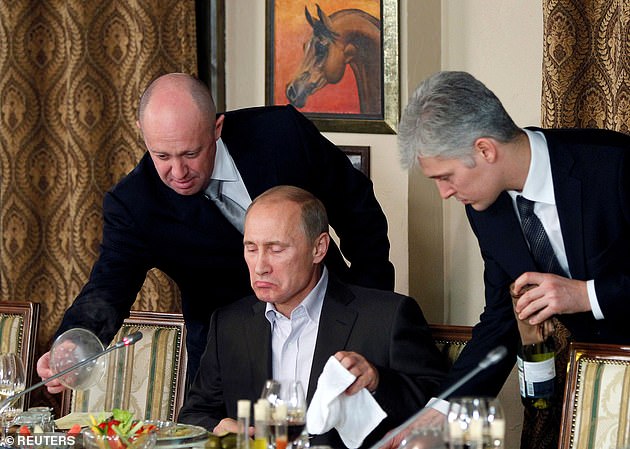 Prigozhin (left), whose other business provides catering to the Kremlin, said he was ‘proud’ to have brought together ‘a group of patriots’ to assist first Ukraine was in 2014

‘I cleaned the old weapons myself, sorted out the bulletproof vests myself and found specialists who could help me with this,’ Prigozhin said in a statement issued by his Concord catering firm on Russian social media site, VKontakte.

‘From that moment, on May 1, 2014, a group of patriots was born, which later came to be called the Wagner Battalion. I am proud that I was able to defend their right to protect the interests of their country.’

Prigozhin has long-refuted any association with Wagner, and has threatened to sue journalists who reported on his involvement with the group.

For years after it was first established, the Russian government refused to even acknowledge the existence of the group.

However, after its members were frequently spotted on the frontlines in Ukraine the name has been mentioned in state media reports.

Wagner’s first deployment was to the frontlines in eastern Ukraine in 2014 – where they assisted Russian-backed separatist groups fighting the country’s new government following a 2013 revolution that toppled the Kremlin-friendly president.

Since then they have gone to Libya – fighting for warlord Khalifa Haftar against the Western-backed Government of National Accord – and Syria, alongside the forces of dictator Bashar al-Assad.

Wagner largely recruits from the regular Russian military, often taking on those who have been thrown out of its ranks.

However, after suffering high casualties fighting in Ukraine, Prigozhin has begun recruiting from prisons in Russia.

Recent footage shows Prigozhin telling men formed up in an exercise yard that if they fight for him in Ukraine for six months then their sentences will be excused.

Those he is addressing include murderers, sex offenders and burglars, according to local media reports.

‘This is a hard war, not even close to the likes of [Chechnya] and the others,’ he was videoed telling them.

‘My ammo consumption is two-and-a-half-times higher than in the battle of Stalingrad,’ – where there were almost two million casualties.

Single mother-of-three died in her sleep after accidentally overdosing

Customers in tears over shopkeeper's wall with £2,000 worth of 'pay later' receipts | The Sun