Its many charms include Roman walls, the minster and medieval shopping streets of the Shambles.

So it is little surprise that homes in York had the fastest price growth in Britain this year.

A severe shortage of homes for sale and quick train connections to major cities have made for a red-hot property market, according to Ben Hudson of York-based estate agents Hudson Moody. 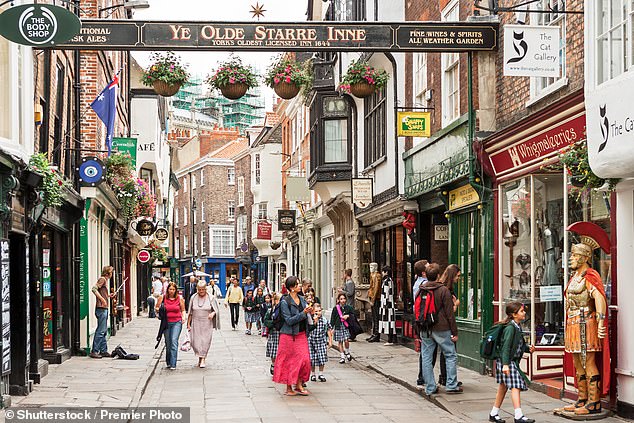 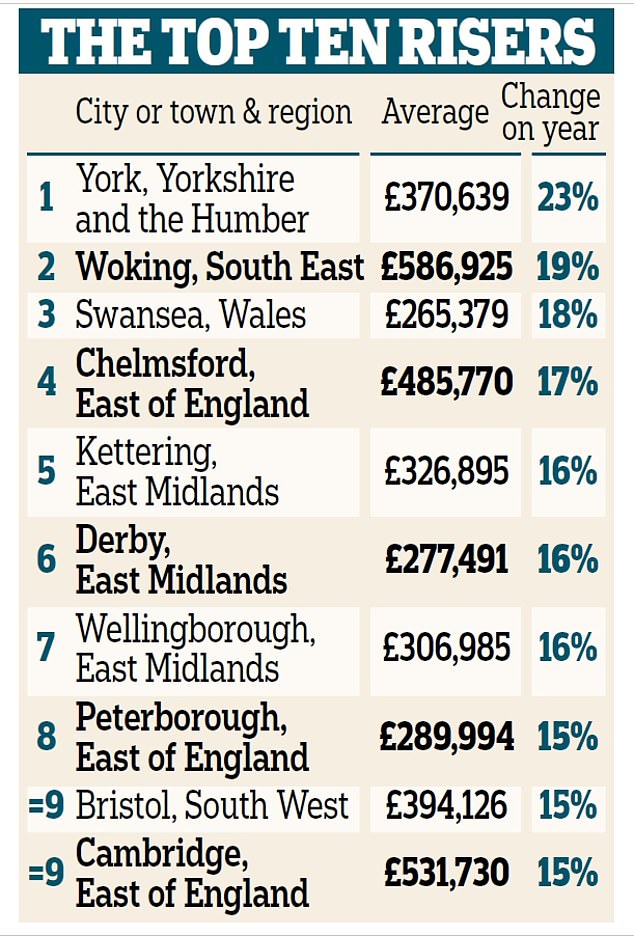 He said: ‘Hardly any houses have been built recently. The city has a large green belt, and its plan hasn’t been updated since 1952. At the same time, demand has been rising.

‘York has great train connections, with London less than two hours away and Leeds under an hour away, while offering a beautiful medieval city centre with comparatively cheaper house prices and excellent schools.’

Nine London commuter towns in the South East and East were among the top 20 for growth. Overall, ten towns and cities saw their average property value rise by more than £50,000 including Chelmsford in Essex, where prices grew 16.8 per cent from £415,996 to £485,770.

Karen Noye, a mortgage expert at wealth management firm Quilter, said an increasing number of people were choosing areas more than an hour’s commute from their office, knowing they only need to make the trip two or three times a week.

London has continued to lag behind other regions, with an average increase of 7.2 per cent.

But the capital remains by far the most expensive area, with a typical property costing £596,667 – more than double the price of a home in Birmingham at £269,385.

Leicester recorded the largest drop of any city in Britain, with house prices falling 3.6 per cent down to £271,092.

Road to Net Zero – which countries need to do more in the fight against climate change?